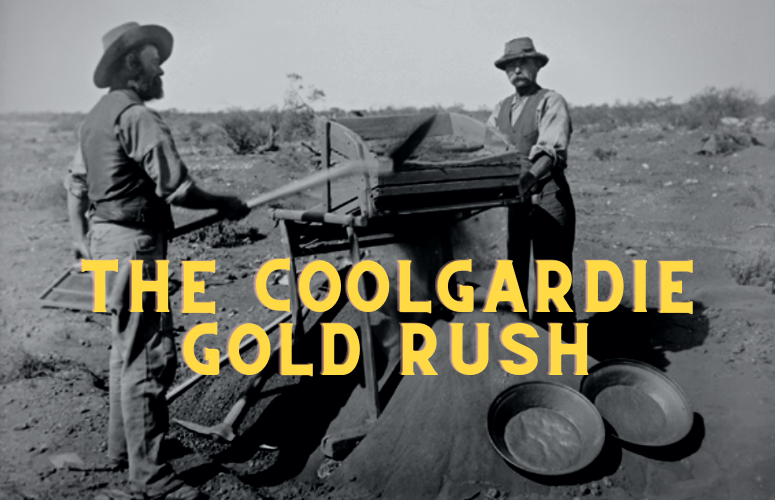 The quintessential story of hidden gold riches is told in one Australian town tucked in the western part of the country. Narrated by prospectors from as far away as the United Kingdom, South Africa, Afghanistan, the United States, China and New Zealand, the Coolgardie Gold Rush is one of the richest gold rushes in the history of Australia.

The sudden discovery of gold by Arthur Bayley and William Ford at a place known as Fly Flat in August 1892 was explosive by any standards. Within hours of Bayley registering his claim with the mining warden in Southern Cross on 17 September of that year, hundreds of men headed towards the area – a staggering 190 km away.

Arrivals at Fly Flat reached an astonishing 4,500 in 1892 alone and a further 5,000 miners in 1893. Bayley’s initial find of 554 ounces of gold (worth more than $800,000 at today’s market price) had triggered the migration of the so-called “othersiders” (prospectors arriving from the eastern colonies) on an unprecedented scale.

The area around Fly Flat (the name refers to the flat terrain and abundance of obnoxious flies) soon developed into the sprawling town of Coolgardie that was gazetted in 1893.

This milestone, reached in 1898, together with the newfound wealth were so significant (considering the additional 10,000 people found in the adjoining areas) they were used to compel Western Australia to join the Australian federation for fear that the eastern colonies were determined to create a new state around Coolgardie.

On the London Stock Exchange, 700 mining companies indicated that they had operations in Coolgardie, representing untold wealth in Western Australia which birthed the town’s nickname – ‘Mother of the Goldfields’. 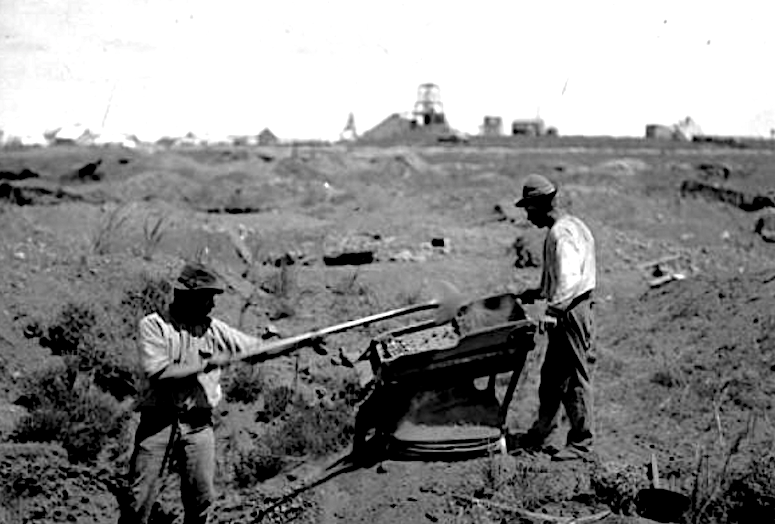 Effects of the Gold Rush

The gold rush wasn’t all “lucky strike” for the prospectors. Drought and disease brought untold suffering in Coolgardie. The Afghan cameleers brought food and water in caravans to quench the thirst of miners and fend off starvation. However, this wasn’t enough and before long the lack of water led to an outbreak of cholera.

To show how important the town had become, the parliament of the colony of Western Australia voted in July 1896, to construct the world’s first steel pipeline at a cost of £25 million to supply water to the thriving Coolgardie goldfields. The pipeline, covering a distance of 565 km from a reservoir in the hills near Perth, took five years to complete between 1898 – 1902.

The challenges encountered in the construction and maintenance of this pipeline provided a valuable learning curve for hydraulic engineers around the world. The Coolgardie Water Scheme, as it was known, became the biggest engineering project in the entire world at that time.

Its completion saved thousands of lives by preventing disease and mitigating the effects of drought in Western Australia. Its benefits spread further from the goldfields of Coolgardie by providing water to farms and ranches, unlocking riches across the region.

The pipeline’s construction was mired in controversy over the cost and its viability. The Engineer-in-Chief Charles Yelverton O’Connor commited suicide after being accused of corruption by parliamentarians who were opposed to the project.

To celebrate Coolgardie’s mining industry, more than 60,000 people descended on the town during the Western Australian International Mining and Industrial Exhibition held between 21 March and 1 July, 1899. It was a thrilling festival that not only delighted in the goldfields but also the prosperity realised across the colony whose economy had been struggling.

Coolgardie (an Aboriginal term which translates to “a water hole surrounded by mulga trees”) evolved through several names including Gnaralbine, Bayley’s Find, Bayley’s Reward, Fly Flat, and The Old Camp.
In the early 1900s, there was a decline in gold production and by 1914 many residents had left to pursue new gold discoveries further afield in Kalgoorlie and elsewhere. That’s when the local folks began referring to it as “The Old Camp”.

After some hiatus, the mining industry is still active in Coolgardie. For example, Tindals Gold mine was commissioned in April 2008 and in 2012 announced results of exploration indicating availability of 93,000 ounces in gold reserves.

The original Bayley’s Reward mine produced more than half a million ounces of gold by the time it closed in 1963. It has resumed operations severally and remains active today.

The Coolgardie gold rush has produced more than 2.6 million ounces of gold since 1892, transforming the economy of Western Australia in more ways than any other event.