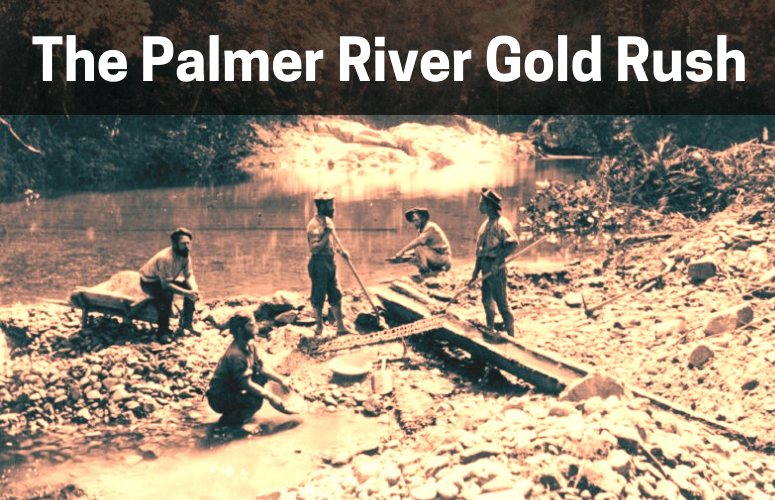 The Palmer River gold rush was centered along a river of the same name in the north of Queensland, Australia and produced more than 1.25 million ounces of gold. Over its three-year lifespan, the gold rush led to the growth of several towns including Cooktown, Port Douglas and Cairns, attracted more than 20,000 Chinese miners (with bitter wars among themselves) and displaced local Aboriginal populations.

William Hann, an explorer traversing the Cape York Peninsula in 1872 found evidence of gold in one of the rivers in the north of Queensland. Having been commissioned for the expedition by Queensland’s Premier at that time Arthur Hunter Palmer, he named the river after him.

On 29 June 1873, James Mulligan, an experienced prospector, validated Hann’s discovery by extracting 102 ounces of gold from the river. This confirmed the presence of payable alluvial gold and he collected a £1000 reward in return.

Mulligan’s find created a buzz throughout Queensland and shortly afterwards government officials led hundreds of prospectors in blazing a trail from the port of Cooktown reaching Palmerville on November 14, 1873.

Palmerville, on the banks of the river, was the first settlement in what would become the largest alluvial goldfield in the whole country.

By 1879, Maytown had overtaken Palmerville as the most signficant camp on the Palmer River and became the administrative capital of the goldfields. As the gold rush gained momentum other towns such as Byerstown and Idatown sprung up in rapid succession.

Chinese miners on the Palmer goldfields

Life on the Palmer goldfields was no walk in the park. The tropical heat, monsoon rains, starvation and disease were a ruthless combination for many prospectors. Despite the tribulations, the quest for new wealth attracted Chinese miners who arrived by the shipload, mainly from Guangdong Province in southern China.

Sponsored by Chinese merchants, the miners from China were under obligation to repay their debts before prospecting for themselves. They thrived by re-working the diggings of Europeans who had moved on to richer grounds and within a few years had become the major gold producers on the Palmer goldfields. They often sent their winnings back to China in burial jars or sold them to the Europeans.

While earlier confrontations involved Europeans and Aborigines, the arrival of the Chinese complicated relations on the Palmer goldfields. By 1877 more than 20,000 Chinese miners had arrived and their presence increased the frequency of confrontations between the three groups. White diggers saw the rising Chinese population as a threat and racial tensions boiled over into violence. 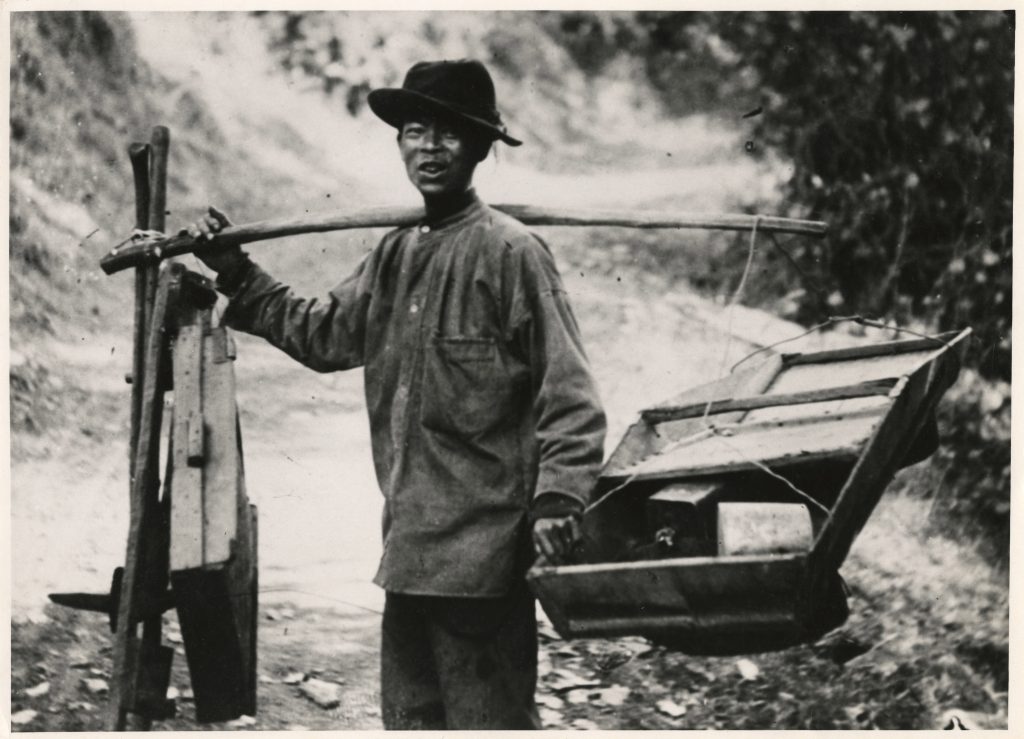 This resentment against the Chinese miners was exacerbated by diminishing gold reserves. The threat of European unrest prompted the Queensland government to impose a poll tax of £10 by enacting the Chinese Immigration Regulation Act of 1877.

Conflicts also arose among the Chinese miners when a series of battles which became known as the Tong Wars tore through the Chinese camps in 1878. The Cantonese miners suspected the Pekinese of raiding their pay dirt at night and the ensuing wars, characterized by stones, shovels and clubs as weapons, resulted in deaths on both sides. Fights between the Macao and Canton Chinese over mining territory were also rampant.
Decline Of The Palmer River Gold Rush

When alluvial mining began to diminish in 1875, most of the miners moved to newer fields such as the Hodgkinson. Cooktown was the main port serving the Palmer River goldfield and the decline shifted shipping activity to Cairns and Port Douglas.

Although reef mining picked up in some areas, it was hampered by lack of heavy machinery required to break the hard rock. Financial troubles also heralded the 1880s making it difficult for prospectors to secure funding for mining activities.

Creeks In The Palmer River Goldfields

Palmer River and the surrounding areas were rich hunting grounds for prospectors. It wasn’t any different for its tributaries which were found to contain substantial gold deposits. Prospectors found alluvial gold from Strathleven all the way to the junction of Campbell creek. The area between Fish Creek Junction and Byerstown was found to be the most productive.

Some of the creeks that had plentiful gold include:

Alluvial gold was also plentiful in the following locations:

The Palmer River alluvial goldfield is located about 110 miles (180km) WNW of Cairns in an area that was unforgiving for the early miners. Only relics from that period dot the landscape with most of the surface gold long gone. Towns such as Maytown are a shadow of their glorious past.

However, a few deeper mines are still operational in the area such as the Hodgkinson Project which lies between the Palmer River alluvial gold field and the historic Hodgkinson gold field.

Maytown remains a good place for prospectors looking for that elusive gold nugget. Every creek in a radius of 10km around this town yielded gold during the rush and today’s prospectors, armed with metal detectors, are more likely to find some treasure left behind by the old timers.

Part of the goldfield is now managed by the Department of Environment and Science as the Palmer Goldfield Resources Reserve, where prospecting, panning and metal detectors are not permitted and fines apply to offenders.

Outside of the protected area, a handful of mining operations are active and independent prospectors can try their luck striking it rich just like it happened in the nineteenth century.

The Rich Goldfields of Queensland