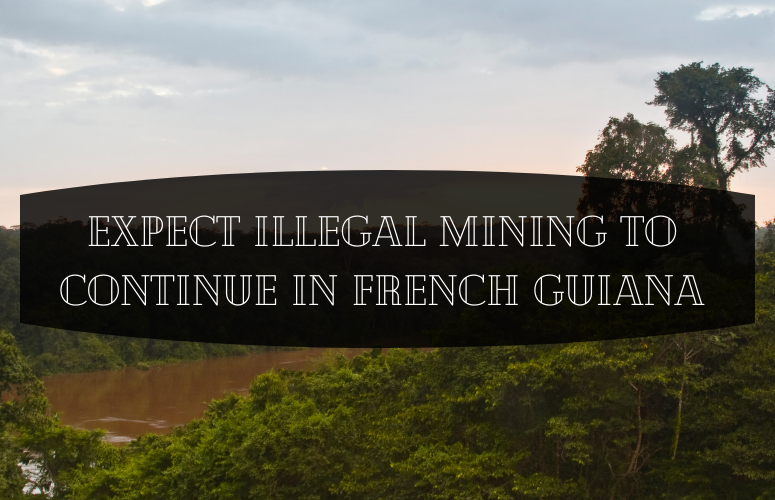 French Guiana is an overseas department or region of France that rests on the northeastern coast of the South American continent. Measuring roughly 32,253 square miles, this is the second largest region of France and the biggest European presence outside the continent. In today’s article, we examine its history and assess the current state of its gold mining industry.

La Guyane, as it is locally known, is geographically part of a larger area called the Guiana, which lies on the coast of South America. French Guiana’s neighbors were previous colonies of various nations, with Guiana under British rule, Amapa under the Portuguese, Guayana Region under the Spanish and Suriname ruled by the Dutch. Though its neighbors have since gained independence as colonies, French Guiana was declared an overseas department of France in 1946 and retains its current nomenclature.

It is politically treated as French soil, on par with Paris or Lyon. To this day, the locals continue to use the Euro and speak French as the national language. Like its neighbors, French Guiana is also blessed with abundant natural resources.

The region’s geography can be distinguished in two ways— the first is the coastal area where the capital, Cayenne, is located. Much of the infrastructure and development has been centered around this area. The rest of the region is characterized by dense rainforest, a mix of flatland and mountains filled with a multitude of flora and fauna.

Almost half of the country is made up of the Guiana Amazonian Park, a 13,090-square mile protected rainforest which also happens to be one of the largest national parks in the world. This mountainous rainforest is bounded by two great rivers called the Oyapock in the east and the Maroni in the west. 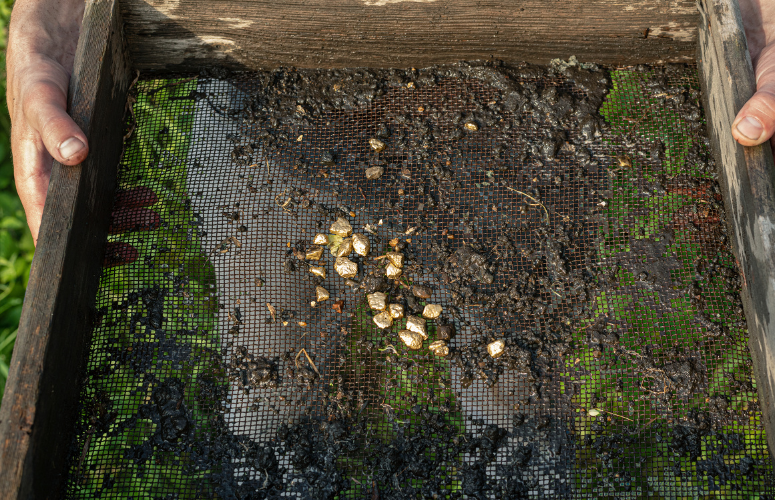 As all experienced miners know, where rivers and mountains meet, minerals are likely to be found. This holds true for French Guiana, as it rests on the 1.7-billion-year-old Guiana shield. The La Guyane sector of the tectonic plate is characterized by two east-west trending Proterozoic greenstone belts, overlain by sandstone, quartzites, shales and conglomerates.

The greenstone in this area is known to host a significant amount of gold deposits, which extend all the way up to the Rosebel Formation in Suriname. Other minerals that naturally occur in this region include diamonds, iron, petroleum, kaolin, niobium and clay.

Despite being endowed with a highly rich and diverse biosphere, much of French Guiana’s resources remain untapped. Gold activity here has predominantly focused on placer mining. During the late 19th and early 20th century, locals discovered and traded alluvial deposits in the Western interior of French Guiana near Suriname. Placer mining thrived on the banks of the Lawa River, just upstream of the Aluku villages or what is known today as Benzdorp. However, much of the activity concentrated on the Suriname side due to the difficulty of the terrain in French Guiana. At the time, the region was still as a penal colony with minimal infrastructure inland. France had majority of its resources focused on exploration in the Carribean and other parts of the globe.

After French Guiana was declared a department of France in 1946, the region began receiving significant subsidy and support. Many of the locals joined the workforce established near Cayenne, which focused on civil service and public sector. This new economic shift, combined with the fact that the gold-bearing formations are within the highly protected rainforest area, led to mining activity petering off. Aerospace and scientific research became the new focus, and the desire to keep French Guiana’s rainforest intact has led to the mineral industry remaining undeveloped. However, some small-time prospectors still flock to the area, and the government has recently had to battle several illegal mining sites.

However, some small-time prospectors still flock to the area, and the government has recently had to battle illegal mining sites throughout the country. With limited economic options for many of the remote villages, the allure of gold is strong. Hard working men and women search the dirt and gravel to extract the rich gold dust.

Recent years have also seen some reputable mining firms willing to establish operations in the region. Because they run officially-sanctioned gold mines, the companies are required to adhere to strict ecological requirements and even replace or replant any part of the forestry which is affected. The Montagne d’Or project is one of the largest projects to date, located on the northwestern side of French Guiana in Saint-Laurent-du-Maroni. This project has an estimated reserve of around 5.3 million troy ounces of gold.

Compagnie Miniere Esperance or CME also has a project within the region, located closer to the Maroni River. Both of these projects focus on alluvial deposits, with CME’s located north of Beiman Creek, near their existing operations in neighboring Suriname. However, both of these projects have yet to be authorized by the French government, which is currently looking to reform the mining code as of 2021.

Challenges with the issuance of mining licenses have delayed mining activity across the board. Though much of the industry has yet to develop in a sustainable way, the continued foreign investment creates a golden glimmer of hope for French Guiana’s mining sector.

77 Gold Prospecting Tips – How to Find Gold Like a Pro

Did you Give up on Being a Gold Prospector?