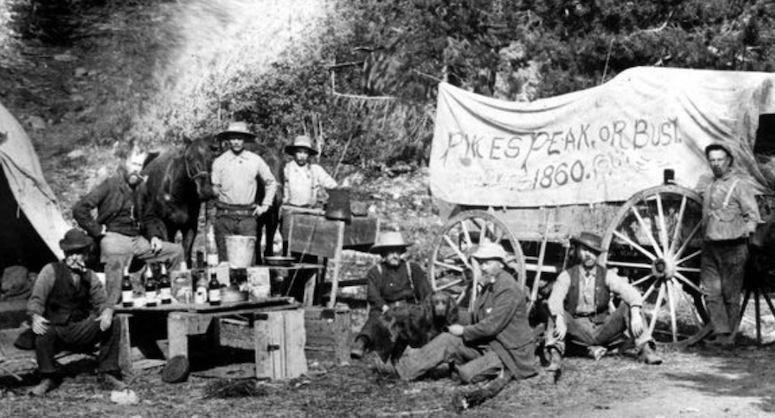 Gold is one of the safest, yet most prosperous investments that can withstand the test of time. History has shown us its power to transform barren and desolate areas to bustling centers of commercial activity. One such area that serves as a modern-day example is the state of Colorado. Its massive development in the 19th century serves as a living testament to the allure of gold and how it has led to the growth of the state.

The Pike’s Peak Gold Rush of 1858 drew thousands of people to the area, unearthed over 21 million ounces of gold and arguably led to the creation of the Colorado Territory in 1861. Numerous towns and cities that are still standing today have their roots in the boom brought about by this gold rush. In this article, we explore the golden heritage of Colorado Springs and the opportunities in its vicinity that remain to this day.

Colorado Springs rests at the eastern foot of the Rocky Mountains, very close to the famous site of the gold rush, Pike’s Peak. Home to the Centennial State’s second-largest population, it was one of the earliest settlements established at the time of the gold boom. Old Colorado City, today a neighborhood within Colorado Springs, was founded in 1859 due to its ideal location as a supply hub.

Due to the large influx of immigrants and prospectors, the Fountain Colony was laid out downstream of Colorado City and as development continued it was officially incorporated as Colorado Springs by 1872. Subsequent to this, the completion of several railways traversing this area contributed to the consistent surge in trading. Colorado Springs was the centrally located hub, while several gold mines that were equally rich led to the establishment of various settlements around it.

One such example is a mere 40-minute drive away from Colorado Springs. Cripple Creek, located around 20 miles southwest of Colorado Springs, is home to the Independence Lode, site of one of the largest gold strikes in history.

An estimated amount of around $500 million worth of gold ore was mined here, marking around 23.5 million troy ounces in production through primarily hard-rock mining. Today there is only one active mine, but the storefronts and picturesque homes give visitors a glimpse into its once busy economic past. 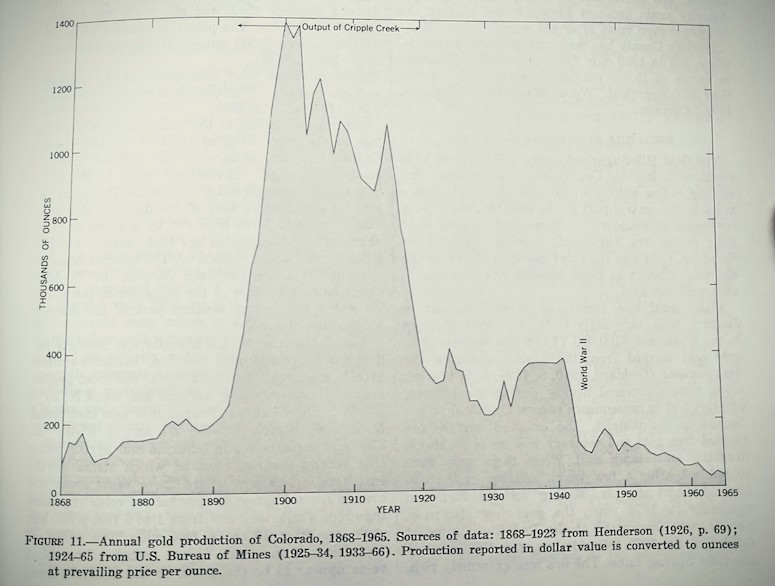 Colorado’s historic gold production shows just how important the discoveries at Cripple Creek were. Between 1900 and 1918, it was responsible for the majority of gold mined in the state.

For those wanting a more in-depth excursion, the Molly Kathleen Mine offers guided tours a thousand feet below ground. Their guides give keen insights and a breathtaking experience on how the rich telluride ore was processed back in the day.

Newmont’s Victor Gold Mine also offers guided tours for a less claustrophobic experience. The Victor Mine is an open pit operation that is currently active and continues to recover large amounts of gold daily. There are some placer mining activities on Cripple Creek, but much of the federally-managed land in this area is already heavily claimed. 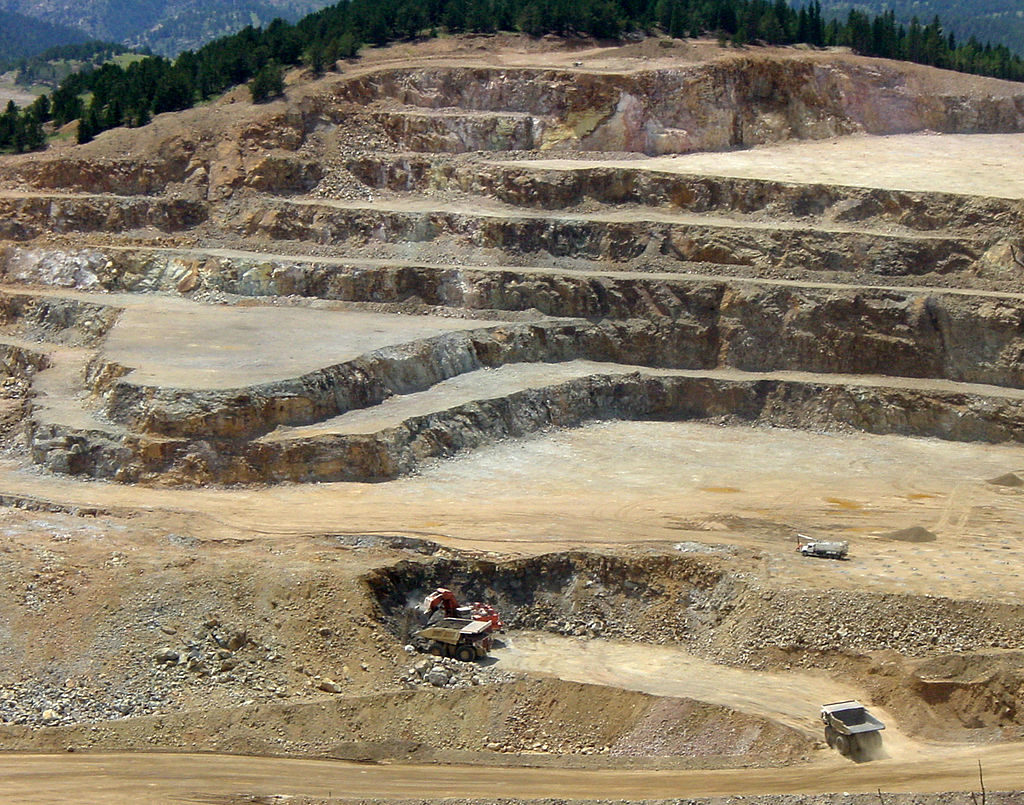 The Victor Gold Mine is situated about 20 miles SW of Colorado Springs. It is a massive open-pit mining operation. The pit itself is over 2 miles across. (Photo courtesy of Plazak on Wikipedia)

As we journey west of Colorado Springs into Park County, we find ourselves in Colorado’s top 8th gold-producing county. Both placer gold and lode gold can be found here, with placers attributable to glacial outwash deposits from the North Star Mountain near South Platte River. The South Platte River to the east of the Alma District is one of the most popular places for placer mining.

For those willing to journey further north up to Denver, the Clear Creek Canyon is a prospector’s hotspot. West of Golden along Highway 6, this has parking facilities and the gold veins in this area are extensive. However, fine gold dust recovered from the black sands of the creek is more common than large nuggets due to the longstanding mining activity.

Apart from the mining areas mentioned above, the museums and tours are a fountain of information. Two of the most popular museums are actually within Colorado Springs itself, namely the Western Museum of Mining and Industry and Ghost Town Museum. The former is located at North Gate Boulevard and was founded in 1970, with exhibits focused on the mining history and industrial technology of the western states. The latter museum recreated one of the early mining camps in Colorado and even offers a gold panning as a fun children’s activity on family tours.

On the whole, whether you’re interested in learning more about the mining operations of the past or looking to conduct some present-day activities yourself, Colorado Springs and its vicinity is truly a treasure trove.