The arid state of Baja California Sur has a tremendous, although contentious, history of mining activity. A peninsula spanning 55,000 square miles, it separates the Pacific Ocean from the Gulf of California. Like a spear driven through the waters, it has approximately 1,800 miles of coastline and around 65 islands. This peninsula, though isolated on the waters, was in fact a part of the North American Plate to which mainland Mexico is connected. However, the rifts from around 15 million years ago led to its separation and the forming of various volcanoes and islands on the peninsula.

Geologically and geographically rich, the Baja Ranges form the peninsular backbone and boast Jurassic and Cretaceous period species preserved for study to this day. The history of the peninsula is equally diverse, with mining activity slowly increasing throughout the years.

In the 1840s, at the height of the California Gold Rush, the Baja Peninsula played a significant role in maritime trade as a result of the commercial activity. To date, there are around 83 identified mines in USGS records focused on gold, copper and manganese. There are also occurrences of Tungsten, Silver, Zinc and Uranium, with Chromium and Cobalt as some of the rarer finds.

Historic Gold Finds on the Peninsula

So how exactly did the gold discoveries on the peninsula begin? We once again find ourselves in the 19th century, with the period between 1850 to 1890 seeing the highest mining activity in Baja California. After the Mexican War that ended in 1848, many of the prospectors still full of energy from the California gold rush set their sights onto Mexico.

Several gold and silver strikes began in the 1850s in an area at the time known as “Lower California”. Numerous foreign miners flocked to the region, which had unknown natural resources at the time. Tijuana slowly developed as a town on the border and various communities began to be established here.

Although there were early discoveries of precious metals, mining activity did not begin in earnest until the placer discovery in San Rafael Valley in 1870. The richness of the strike led to the establishment of a regular stage-line running from San Diego. Both quartz and placer deposits, as well as copper deposits in the north were discovered. One missive from Mr. Charles Nordhoff notes” “…the color of gold can be got in almost every gulch and ravine on the peninsula; and when the mineral resources are better known, it will probably be found that the peninsula is but an extension of the great Northern California goldfield.”

Interestingly enough, his forecast proved true. Studies by the USGS show that the Baja California composite batholith closely resembles the Nevadan cycle in California. Rich copper deposits were also discovered here, forming the famous Boleo Copper District adjacent to the port city of Santa Rosalia. For gold activity, early maps from the 1889 edition of the San Diego Sun show prospects in the northeastern part of La Baja, in a direct line between San Diego and the mouth of the Colorado River, due east of the Ensenada.

Gold strikes in the Real del Castillo (around 30 miles east of Ensenada) took place in 1872, which then led to its development as the seat of government. Ensenada later served as a warehouse and customs house for the sudden influx of inhabitants due to mining activity on the peninsula. This is also where many of the gold and silver occurrences are concentrated. 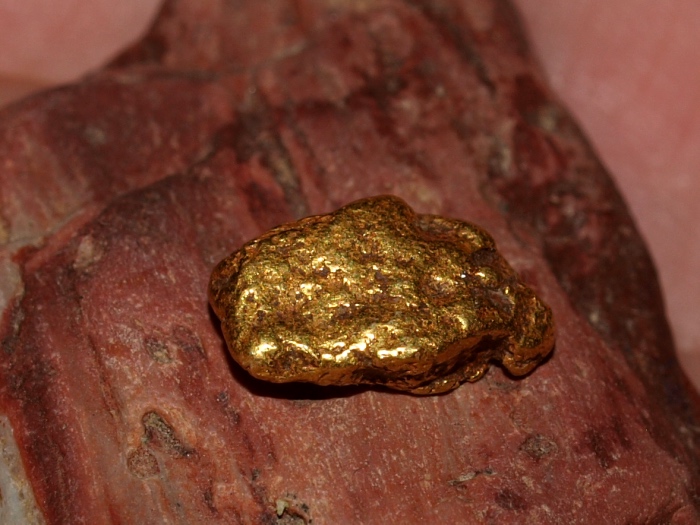 Much of the gold mines today dot the northern and central areas of the peninsula, while the southernmost side is home to the famous Ruta de Plata (Silver Route) and one small gold outfit called the Amarillos Gold Mine.

Gold occurrences are largely of the quartz vein type, with copper and gold occurring together frequently. There were some placers unearthed in the El Alamo Gold District in Ensenada, but much of the activity was concentrated on its gold-bearing quartz veins.

Other notable gold occurrences in Ensenada are the Agua Dulce and Agua Chiquita on the northwest, while Las Chollas near Punta Prieta in the central area was home to both placer and quartz-vein gold mining. However, much of the details on gold quality, fineness and tonnage remains unknown due to the lack of exploration in the area.

Mining exploration is currently increasing in Baja California, although infrastructure constraints and concerns on its interference with the area’s agriculture industry have limited its momentum. Many environmental groups focused on protecting the Sierra de la Laguna and its diverse biosphere have opposed exploration on the southern peninsula, which means activity remains largely concentrated on the north.

We have yet to see great volume in the development of the mineral industry in Baja California. Perhaps the future years will see Baja California properly set up with a balance of environmental preservation and economic progress.

Finding Gold in Arid Regions with a Drywasher