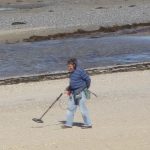 New York has had a long history of human settlements which makes it a perfect place to find buried artifacts and treasures from the early days of the state. As one of the oldest settled states in the U.S., you can find some exceptionally old coins and relics with your metal detector if you look […] 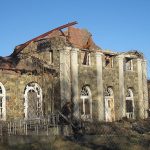 Many people don’t really associate the state of New York with ghost towns. It certainly gets more attention as the financial capital of the world than for its early history, but like all other states, New York has its fair of both interesting and creepy ghost towns. A majority of the ghost towns are in […]