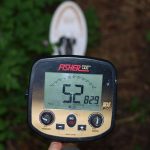 Relics and coins are still buried around the old historic sites in Oklahoma. Metal detectors can uncover some amazing things! When the federal government finally allowed for white settlement in Oklahoma, the territory become a predominantly agricultural and grazing area with cattle playing a major part in its economy. By the time the territory became […]