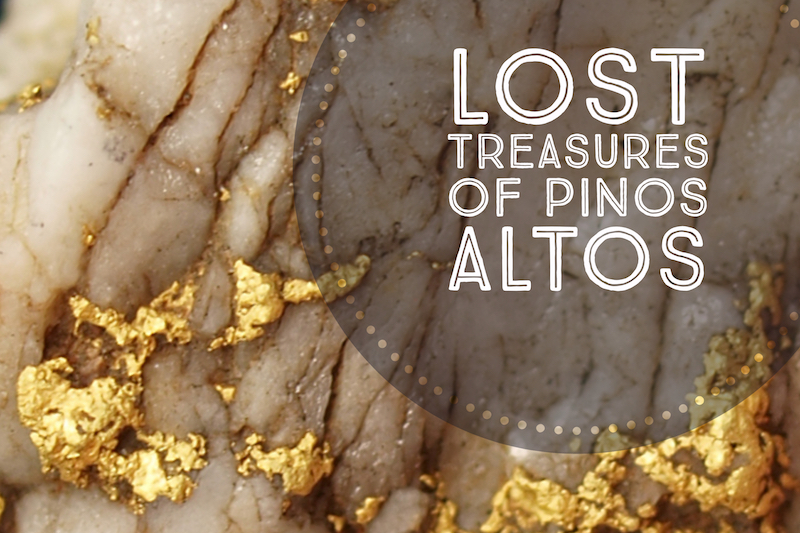 Sometime around the year 1830, travelers were trying to find a new way to reach California from the newly opened route of Santa Fe. Although a suitable path fit for wagons couldn’t be found, traces of gold were found somewhere close to Silver City to the north. A small town was built near the place where gold had been found and was named Pinos Altos.

A number of people moved in to Pinos Altos on hearing of the discovery and mined the area, though not much of gold was found. Some years later in 1838, a person known as Adams who was prospecting in the hills close by, was found badly injured while coming back to Pinos Altos. It appeared that he had been ambushed by some Indians who had attacked him with their bows and arrows. Adams was taken to a doctor but his condition was serious due to loss of blood.

As he lay dying, he told his story about having found gold in a rivulet close to a hill which was red in color and also found big nuggets of gold nearby.

Adams told the people who were gathered close to his bed that he had stuffed a large number of the nuggets in his saddle bags and was about to leave for Pinos Altos when he was ambushed by a number of Indians and was severely injured. Just before he died he explained the location of the Red Hill which was towards the north and would take almost three days to reach. The other men around Adams were a bit disinclined to believe his story as they thought Adams was a very sick person who was only mumbling about his dreams before he died.

However when someone brought his bags from the horse, they were amazed to find that Adams was telling the truth as his saddlebags were full of gold. It was estimated that the gold was worth about $7000. As gold was priced then at $16 per ounce, there was almost 27 pounds of gold which led people to believe that Adams had found a rich mine indeed.

The news spread like wildfire and many prospectors came to Pinos Altos hoping to find the treasure but it is said that although hundreds tried, none could ever find the Red Hill or the hidden gold mine.

More about Gold in New Mexico

The township of Red Hill and its Treasure

Much later in the 1920s and 1930s, several people settled in the area between Springerville and Quemado in New Mexico. The settlers named their town Red Hill. The name was chosen because of a reddish colored hill which could be seen a short distance north of the town. The red color was probably due to the lava which had once flowed down the slopes of the hill. There was scarcity of water in Red Hill and small reservoirs were made by the settlers to collect the rain water.

While these water tanks were being dug, some small pieces of gold were found. A few larger chunks of gold were also found as more and more people started looking for the gold. The people thought that they had at last found the Red Hill treasure of which they had heard stories from their elders but then no further gold was found and the treasure was again given up as lost.

Next: The Lost Opata Mine – Hidden Silver Cache