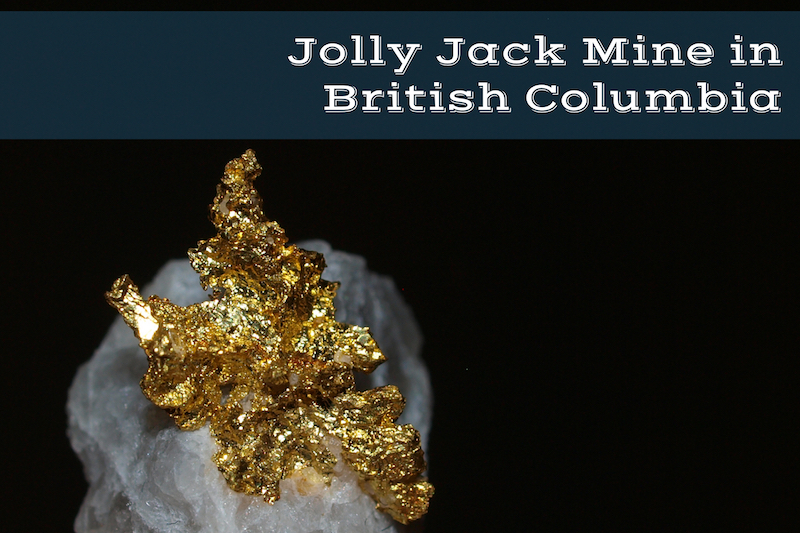 Jolly Jack’s lost mine is said to be located in Boundary Country in southern British Columbia in Canada. This lost mine was found by Jack Thornton around 1900 and he died three years after its discovery on April 3, 1903.

Jack Thornton also known as Jolly Jack was a gold prospector in Greenwood, British Columbia. He lived with his family in a cabin located near Boundary Creek. In 1900 he found a rich source of coarse gold near Greenwood which contained some large gold nuggets weighing up to an ounce each. The gold discovered by Jolly Jack was said to be heavily oxidized and was red-stained like dark copper. He did not reveal the location of gold to anyone, even to his wife or children.

Possible Locations of the Mine

The skeptics are not sure whether Jack Thornton actually found a gold mine at all, as he lived on a meager pension from the US government. His wife took to washing and day work to support her family. If he had found a gold mine, his wife would not have done mundane tasks. Also, Boundary Creek and Kettle River isn’t likely to be the location, as these places only have very fine placer gold, whereas the gold said to be mined by Jack Jolly was coarse that he claimed had heavy nuggets weighing an ounce each.

Some local gold prospectors believe he had gold from some of his past adventures in other areas where he worked and he kept some gold safely to ward of prospectors from knowing his current tunneling operations.

One of his surviving daughters, May Jones, told the Greenwood museum in 1967 that one day in the spring season his father left in the morning and brought with him a baking powder can which was full of coarse gold nuggets. She said he really found a gold mine and they could have struck rich but he kept the secret with him.

Many prospectors went to the place suggested by May Jones but no one was able to find the lost mine again. One of the local historian believed that the mine could not be Rock Creek as it is a two day round trip from Jolly Jack home whereas his daughter said he returned the same day with lot of gold nuggets. It could have been a place somewhere few hours from his home as he and his horse both were old and he could not have gone far from home the day he brought the placer gold. He had mined several creeks and could have found the gold in one of the creeks few hours from his cabin home.

It was possibly located in Skeff Creek which was claimed by a local prospector named Peter den Hartog who found a quality of gold similar to what was described to be in possession of Jolly Jack then.

So the possible location of Jolly Jack’s Lost Mine is possibly near Skeff Creek, which is a tributary of Fourth of July Creek.

It is also possible that Jolly Jack gold mine was nothing more than a tall-tale, and there were never any large gold nuggets at all. Or they were found at a completely different locations and Jack just showed them to people to grow the legend of the Jolly Jack Gold Mine.