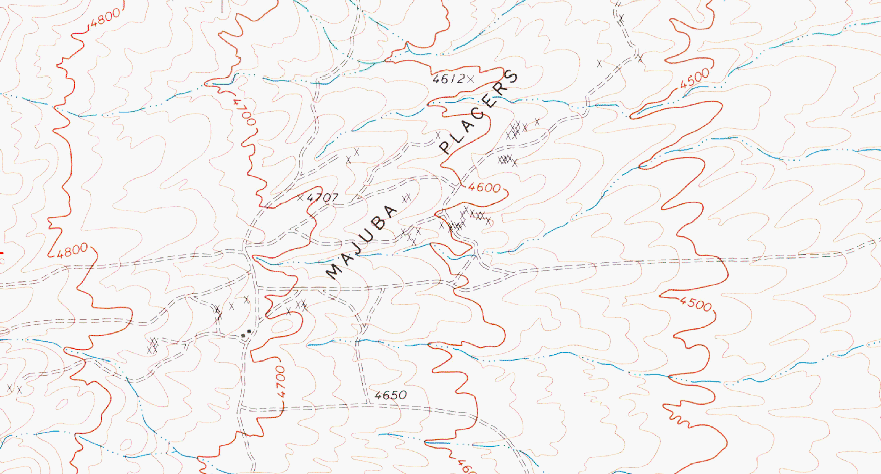 There are numerous locations in northern Nevada where gold can be found close the surface, and is easily located with metal detectors. Some of the best mining areas are found in Humboldt, Elko, and Pershing Counties. Many gold nuggets have been found here since the mid-1800s, and there are plenty more nuggets waiting to be found still.

Pershing County does have several gold districts, although most of these districts have yielded economically insignificant gold production or have had inconsistent records around production figures or deposit locations.

With that said, Pershing County is quite possibly the best area in Nevada for the small-scale gold miner due to the sporadic, yet rich gold deposits that can be found here. 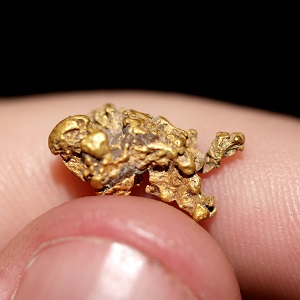 The Rye Patch placers are located here east of Majuba Mountain, which are world famous for the shallow surface deposits of gold that can be worked with metal detectors. A rare form of gold, known as chevron gold, is also found at Rye Patch.

In fact, gold prospectors from all around the western United States often visit Rye Patch to search for gold.

There is no water at the location of the placers, so the most popular methods to find gold are with metal detectors and drywashers.

These gold deposits, which are found east of Majuba Mountain and west of Rye Patch Reservoir, were first found in the 1930s. This is still a very productive gold district within Pershing County, and metal detectorists can still find plenty of gold nuggets here.

Drywashers also work well here, once you have located a deposit. Historic diggings can be a good indicator to help you locate concentrations of gold.

Read More about Mining in Nevada

And: Smart Stuff to Have While Metal Detecting

Certainly most of the large and easy-to-find gold nuggets have long ago been found. I have talked to many prospectors who hunted Rye Patch during the 1980’s who would routinely find an ounce of gold per day on average. Most of the nuggets were very close to the surface and easy to locate, even with the older metal detector technology of the time.

Rye Patch has never been known for producing exceptionally large gold nuggets, but certainly some nice multi-ounce pieces have been found over the years. Rye Patch’s claim to fame is the unique chevron type gold nuggets that are often found here. These have a very interesting texture that is highly valued by collectors.

Many people will tell you that Rye Patch is now “worked out,” but the truth is that skilled miners are still consistently finding gold nuggets here. The newer metal detectors that have come out in recent years have certainly helped with their good technology. The Minelab GPZ 7000

are both proving to be superior detectors at Rye Patch. 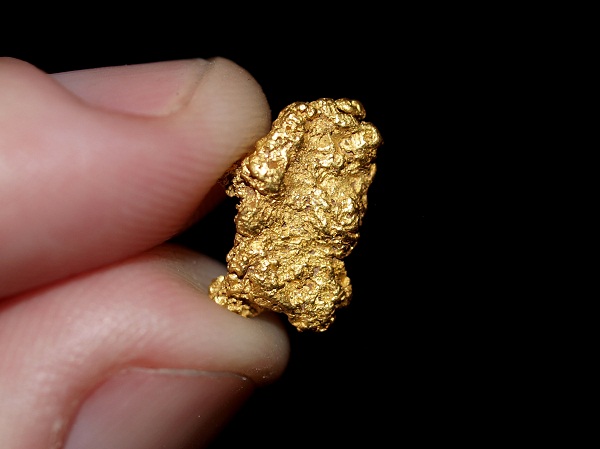 Access to Rye Patch is relatively good during much of the year. Just be aware that northern Nevada can have very volatile weather, and storms can blow in at any time. Make sure you are prepared and equip your vehicle with the appropriate supplies when you venture into the desert.

Land ownership at Rye Patch is a “checkerboard” of private and public lands. Much of the land here is claimed. The private land is owned by the railroad, and the public land is managed by the Bureau of Land Management.