Investors are beginning to see Mali as a perfect country for exploring and mining gold. This is becoming evident by the recent rise in the amount of gold produced in the country.

Currently, Mali is the third largest gold producer in Africa, only beaten by Ghana and South Africa.

Despite this recent boom in the production of gold in Mali, the country still has great potential as most of its gold rich land is yet to be explored for gold. This is due to the fact that only a few major players take part in the country’s gold mining and exploration.

Prospectors have a good chance of finding undiscovered gold deposits in Mali. And the potential is not limited to large mining companies. Thousands of small artisanal miners are using simple tools like metal detectors and basic placer mining equipment to dig gold in Mali.

History of Gold Mining in Mali

The history of gold in Mali dates back to 1324, during the reign of Emperor Kankou Moussa. During one of his pilgrims to Mecca, he went with about eight tons of gold. This put Mali’s gold on the world map.

Although the existence of gold in Mali was known a long time ago, gold exploration and mining in Mali has actually been virtually ignored over the past centuries. The primary reason for this was due to the economic instability and violence of the region.

Mali remains a challenging region to mine. The country has one of the lowest life expectencies of any country. Infrastructure and security is limited. For an outsider to come to the region and search for gold it still a risk.
This is quite evident because even though the rich gold sources in Mali have been known for hundreds of years, commercial gold mining and exploration in the country only started in 1984. 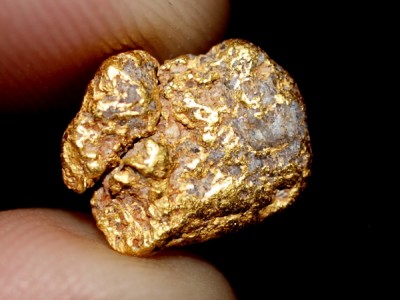 This country has many areas unexplored. Vast regions of the country are extremely arid and difficult to access, let alone set up a profitable mining operation.

The country has three major gold mines, two of these three, Morila and Sadiola used to produce over 80% of the country’s gold produce. The newly Loula mine that was opened in 2005 has the potential to produce over 250,000 ounces every year.

This can explain the potential that the country’s gold mines have. Only about six of the 133 potentially gold rich regions in the country have been mapped out. There is still great potential to find new gold sources.

The exploration of gold in Mali has been concentrated in two main regions in the recent past. These two regions are the Kenieba Valley on the border with Senegal and around the Tabakoto-Baroya region that is situated to the South-Southeast of Bamako, the capital city of Mali. The Kenieba valley is made up of a number of major gold mines on both the Mali and the Senegal sides of the border. The major mines located in the valley include the Yatela mines and the Sadiola mines on the northern section of the valley, and the Luolo (Randgold) mines, the Segala mines, the Tabakoto-Baroya region discoveries and the Tabakolo mines on the southern part.

There are three major gold mines in the country that you should be aware of. These three mines are Morila gold mines, Sadiola Gold mines and the Yatela mines. The Morila mine is located about 180 kms from Bamako in the south. It is jointly owned by the government of Mali, the Randgold Resources and AngloGold Ashanti. The mine was opened in the year 2000 and was operated by AngloGold Ashanti until the year 2008 when the Randgold resources took over its management. The open pit mining was completed in 2009 and now the operations that continue are for the underground low-grade stockpiles as the mine is being coming to a close.

Although it doesn’t have a large impact on the total percentage of gold produced in the country, artisanal mining is a significant source of money for many individuals in Mali. The rich sources of gold in Mali provide value to many people who live in poverty in Mali, but also create environmental challenges.

There are many miners working along the Niger River using traditional placer mining methods to wash gold from the gravels along the river. Prospectors use large gourd shells similar to a gold pan to separate the gold.

Artisanal mining has caused conflicts within the country. Miners often divert water away from agriculture to use at their mining operations. Additionally, the use of mercury to extract fine gold has caused environmental issues.

In 2014, the Mali government banned artisanal mining during certain parts of the year to reduce water competition with farmers. This did reduce some conflicts, but unfortunately the gold is a source of income for people who are living in poverty. Likely there is a good amount of mining still taking place but gold found is not being reported.