Most people who pick up a metal detector first think of coin hunting in the park, or maybe searching around a popular swimming hole for jewelry. Very few people actually use metal detectors to find gold nuggets.

It never ceases to amaze me how many people think that all the gold is long gone. They assume that the miners all got it back in the 1800s. A few of us know better, and sometimes we make exceptional discoveries.

That is exactly what happened when Ty Paulsen decided to turn on his metal detector and start searching for gold nuggets in Southern California. He made one of the most significant discoveries in a century by unearthing an absolutely stunning treasure. 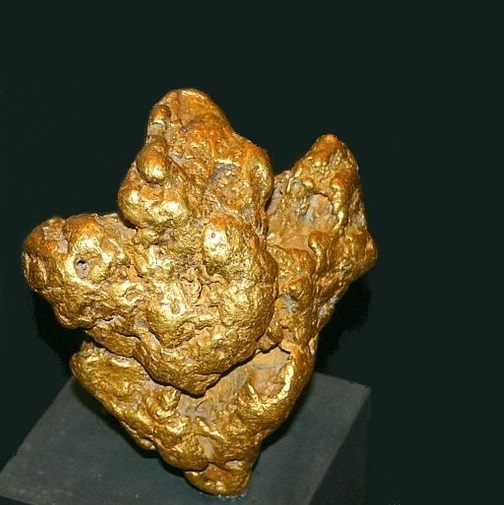 He discovered what has now come to be named the “Mojave Nugget,” a breathtaking piece of raw gold that was buried in the Mojave Desert in southern California. This spectacular piece of gold weighed 156-ounces (over 13 troy pounds!).

This gold nugget was found back in 1977. Very few people know the exact location where the nugget was found, but it is believed to have come from the now famous Stringer Mining District. This is an area that has a long history of producing considerable amounts of gold from its mines. The area is within Kern County, near the historic mining town of Randsburg.

The first people to look for gold in Randsburg were most likely Spanish explorers, but the major gold discoveries in this area were made toward the end of the 19th century.

Also Read: The Lost Gunsight Mine in Death Valley

Are More Out There?

It is believed that the Mojave Nugget is the largest piece of solid gold to be found around Randsburg, but there is always the possibility that another huge nugget is still buried under the ground waiting to be unearthed!

Next: The Best Metal Detectors for Finding Gold Nuggets