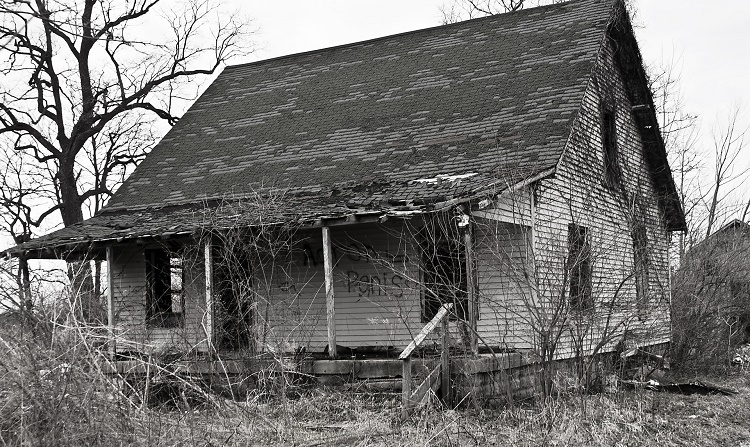 During the early years of the North Dakota Territory many boom towns sprung up across the state. Most of this town developed because of rich agricultural, mining, local politics or railroad construction. Because of the nature of these factors, not many of these towns grew into large cities. In fact, most of these boom towns eventually declined and later became ghost towns.

A few of the best ghost towns in North Dakota you can visit include:

Gascoyne was an important coal mining town located in the Bowman County of North Dakota. The town was established in 1907 as a Milwaukee railroad township first known as Fischbein before the name being changed in 1908 to Gascoyne in reference to large natural gas deposits that occur in the area.

Coal was discovered around the town site in the 1920s leading to a boom that brought in more people and thriving businesses in the area. The town, however, begun to decline in the 1970s when coal mining declined.

The post office was closed in 1971 and the school moved to Scranton. Today many of the original building in the town still stand letting visitors see the relics of early life in this small North Dakota ghost town.

The town was started in the 1880s as a ranching center. Most of the early settlers came in because they believed that the Milwaukee railroad will pass through the town. Despite the fact that the railroad did not eventually pass through the town, Haley continued to flourish and at its peak the town had a school, a post office, churches and all manner of businesses.

The town began to decline following the flu pandemic of 1918 and the fire which ran through it in 1921. Most of the early structures of this ghost town still stand for visitors to see. The town is located 14 miles to the south of Scranton along Scranton Road.

Wheelock is another of the important ghost towns in North Dakota that you can visit. The recent oil boom in the area has contributed to some growth in this area.

Wheelock was found in 1902 and named after Ralph W. Wheelock who was then an Editorial writer for the Minneapolis Tribune. In 1928 when there was the Federal Writers project the town had a population of 115 but the population had reduced to just 23 people by 1994.

Although almost deserted, the BNSF Railway still pass through the town. The town also has over 100 structures still intact. The original school house, shops, and business still look like recently occupied. The town is located near Williston and Epping.

Sims began to decline following a drop in demand for its coal. The post office was finally closed down in 1947. Today visitors can see a number of old structures. The church has been restored and holds Sunday mass from time to time.

Omemee is located at the junction of the great Northern Railway and the Soo Line Railroad in Bottineau County. The town was established in 1887 as a railroad town.

The town was an important trading hub providing supplies to travelers and people from towns away from the rail line. At its peak, the town had a population of about 700 people.

Lack of businesses and a company to promote the town resulted in its decline. By 1998 the population had dropped to zero. Today visitors to the site can see two old building and an abandoned electric line.

Most of the towns in North Dakota were established because of ranching opportunities. There wasn’t much gold found in North Dakota, but there has been a lot of coal mining over the years.

The harsh winter climate made this a hard place to live back in the old days. If there wasn’t a reason to stay people usually moved on, leaving behind yet another North Dakota ghost town.

There are lots of ghost towns in North Dakota that you can explore today. Some of them have little more than an old house or two to mark the location where a town once existed. Sometimes the old buildings burned to the ground making the towns disappear completely.