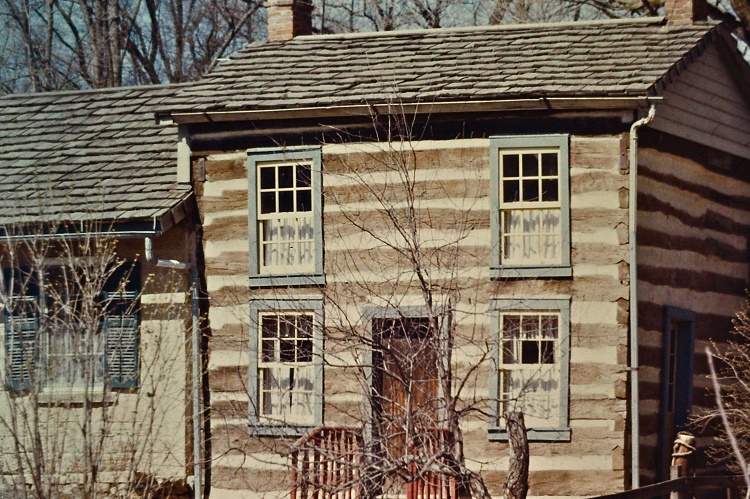 There are a number of fascinating Wisconsin ghost towns throughout the states that you can explore. Some of these once thriving mining and railroad towns have dwindled over the years and now lay in ruins.

These ghost towns are scattered across the state with some in a number of places having been restored and allow visitors. Some of the top ghost towns that you should visit in Wisconsin include:

Pendarvis is a historic town located near Mineral Point. The ghost town is made up of restored cabins used by miners in the 19th century. It is registered in the National Registry of Historic places and is managed by the Wisconsin Historical Society. Visitors are allowed to walk in and learn about the great history of this place.

Pendarvis began in the 1930s when miners flooded the region in search of employment in the lead mines around the Mineral Point. At its peak, the town is thought to have had over 4000 inhibitors. The region had lead, tin, and zinc which provided employment to the town’s inhabitants for a number of years.

By the turn of the century, most of the early inhabitants of Pendarvis had already left following a decline in mineral in the area. Today the town has been restored and most of the early wood cabins have been reconstructed and are open to the public interested in learning about its history.

Minersville is a ghost town located near the modern day Dodgeville in Iowa County. Minersville was established in the 1840s following the opening of the Dodgeville Mine which attracted many immigrants to this area. The town also served as a station on the local railroad.

At its peak, Minersville had a post office, a school, a church, saloons, general stores, a gambling house and a host of other businesses that served its growing population. The town depended on the mine for its economic survival.

When the Dodge Mine was completely mine out, many of the towns inhabitants begun to move away in search of new employment. This marked the beginning of the town’s decline. Eventually, the town was completely abandoned leaving everything at the mercy of nature. Today not much of the town remains of this once thriving town.

Delhi is an important ghost town near Rushford in Winnebago County. The town is located between Eureka and Omro at the Waukau Creek and Fox River Junction.

Delhi was established in 1848 by a French trader known as Luke La Borde. The town grew rapidly as an important trading area and it had a floating bridge, a post office, two grain mills, a sawmill, a school, a hotel, several stores and a number of streets. The town began to decline when it failed to be named the county seat and the railroad overlooked it.

Today just a few original structures still stand at the site of the town.

This is a ghost town in Outagamie County, Wisconsin. The location is now part of the Appleton city although the surviving original structures are registered in the National Register of Historic Places.

The town was established in 1849 as the village of Martin by Morgan L. Martin, Abram B. Bowen, and Theodore Conkey before it was renamed to Grand Chute in 1850. The town was situated along the Fox River now next to Lawrence University. It was an important trading center but was outgrown by Appleton. When the town decline it was annexed by the city of Appleton. Today a few original building still stands on the site.

Helena was an important mining and a factory town. The discovery of lead in Blue mounds, Mineral point, and the Dodgeville brought in a lot of miners in Iowa and this led to the development of a number of towns in the area.

Helena was first set out as a river port for the transportation of the lead being mined in nearby mines. Following the Black Hawk war of 1932, the town was relocated a few miles northeast next to the Helena Shot Tower. The town flourished here through the 1850s.

When the railroad was built through Spring Green instead of Helena, the town declined with many of the residents moving away.

Today, the town of Helena is being preserved as the Tower Hill State Park. The park has a reconstructed Shot tower among other structures. Visitors to this place can also see the Old Helena cemetery located across the road.

Kaiser is an important ghost town located in Price County. The town was set out along the Tuscobia State Trail about 5 miles to the west of Park Falls in the town of Lake.

In 1901 the place had a growing population, a school, a post office, a general store and a number of other businesses. In 1905 J.S. Blackwell built a saw mill in the town and this brought in more people who worked in the saw mill and gave a promise to the town. A railway line was also built to the town in 1910 and the town served as the Omaha railway line terminal for three years before the line was extended to other places.

The closure of the saw mill marked the end of the town. Today very little remain as evidence of this once prosperous town.