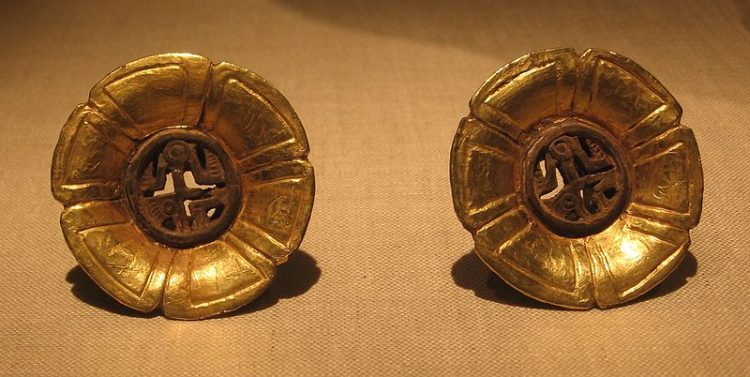 For the Aztecs and many other groups of people in ancient America, gold held both symbolic and spiritual meaning in the society. In fact, the word for gold in Nahuatl, the dialect of the Aztecs of Mexico, is teocuitlatl which means excrement of the Gods.

Gold was also closely linked to leadership authority, power, status, and riches. The powerful Emperor of the Aztecs, whose realm in the sixteenth century extended from the Pacific Ocean to the Gulf of Mexico, had the sole control over gold mines and workshops within his territory.

Aztecs and the Importance of Gold

Only the Emperor was qualified to give gifts in form of gold often to the rulers in the region to maintain peace and to the brave soldiers who protected the territory.

In spite of the leadership and the religious symbolism associated with gold among the Aztecs, the precious metal only became useful to individuals when worked into jewelry or some other spiritual images.

The main use of gold in the ancient Aztec society was for personal adornment. Many items are unmistakably jewelry pieces although some encapsulated complex religious iconography.

The second most essential use of the precious metal was funerary, to respect productive members of the society and to recognize their status even in death. The offering of gold articles to the divine beings was also a typical practice among the Aztecs.

The use of gold in making vessels was by and large uncommon; however in the Emperors of the Aztecs after the tenth century had a great number of them made because of better access to gold deposits and the improved gold working techniques. Gold was also an important part of home decorations for the royalties.

In fact, many early explorers discovered whole rooms of the illustrious royal residences of the Aztecs decorated using gold and silver. 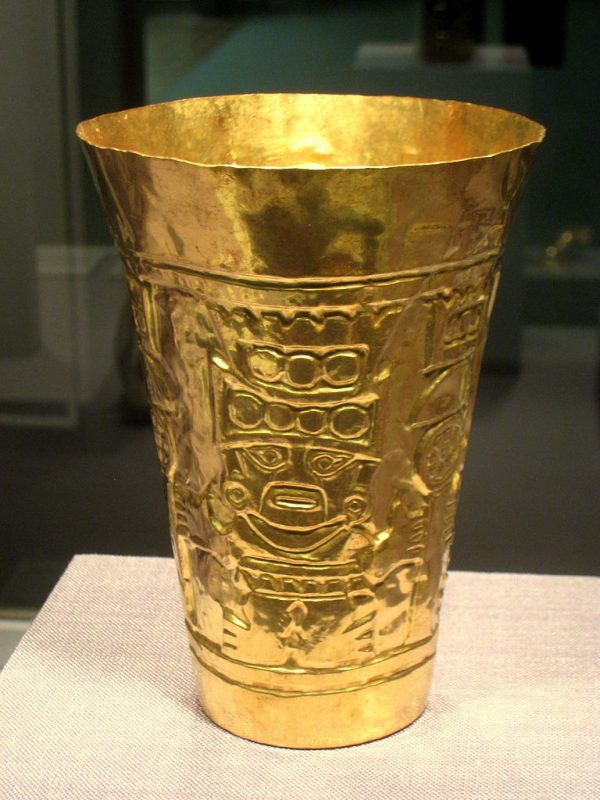 The Source of Their Gold

The Aztec gold originated from parts of Oaxaca and Guerrero that were under Aztec control. The raw gold imported as dust and ingots to the Aztec kingdom. In addition, the rulers of these areas gave gifts of gold items to the Aztec Emperor as a tribute. In fact, it was common at the time for gold workers from Oaxaca to travel to the Aztec capital to be used as goldsmiths.

During the late fifteenth century, when major European powers such as the Spanish went to the Americas, gold was mined in the region that extended south from modern-day Mexico to Northern Argentina, Bolivia, and central Chile.

It is believed that gold mining started in the Peruvian highlands thousands of years ago. The information on gold mining and its working then spread north to areas that cover modern-day Ecuador, Colombia, Panama and Costa Rica by about the second century A.D. and to Mexico by the ninth century.

The Aztec migrated from the North before conquering the Mexican region where they set up a strong empire that was destroyed by the arrival of the Spanish colonizers in the 15th century. During the time of the success of their empire, the Aztec had significantly more gold and of a superior “quality” than most of the other communities and kingdoms in the surrounding areas.

It is believed that they got most of the gold from the areas they occupied and trade some for other items that they produced.

During their migration south, it is also believed that the Aztec, had either originated from or gone through regions where gold, silver, and copper could be found in large quantities and where the native inhabitants attached no value to the precious metals. If the Aztec lived in such areas for a sufficiently long period of time to have built up a complex and refined society, they probably had learned where gold was found and most probably mine huge quantities that they carried with them south.

On the other hand, if the roots of the Aztecs were further north, then they may have made strong associations some communities who knew where the gold deposits were found. They may have also assimilated such communities’ as the Anasazi, Mimbres, Mogollon, and Hohokam during their movement and convinced them to join their trek to the south.

Regardless, on the grounds that the Aztec originated from the north, they may have been in a better position of knowing areas where gold could be found in the North where the local Toltec and other adjacent tribes did not know. 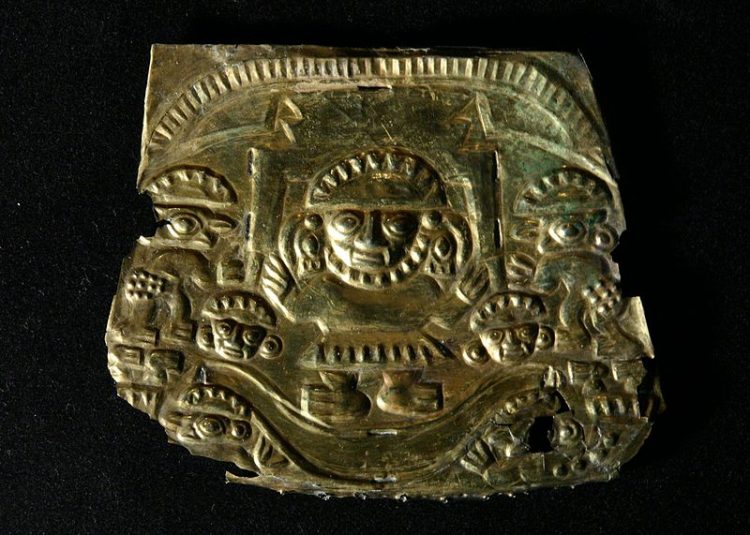 Mining Methods Used by the Aztecs

The Aztecs used different methods to mine their gold. The most common method was by placer mining, in which sand from the river bed washed in a special container, causing the gold particles (which have a higher density) to settle at the base. This is the most common way that gold is recovered by people around the world, and the early Aztecs were no exception.

This method was mostly used in rivers in areas that are situated in the modern day Oaxaca, Guerrero, and Michoacan. The Aztecs used the energy of running water to wash gold from river sand and rocks.

Evidence of very sophisticated sluicing operations have also been found in the territory once occupied by the Aztecs. Not surprising when you consider the amount of gold that they were able to accumulate. Gold carried downstream during the rainy seasons would then be trapped in the stones and mined out during the dry seasons.

Mining sites have also been identified where early workers would dig and process gold from hard rock sources as well as ancient river channels.

Explore these links to learn about the gold occurrences throughout Central and South America.