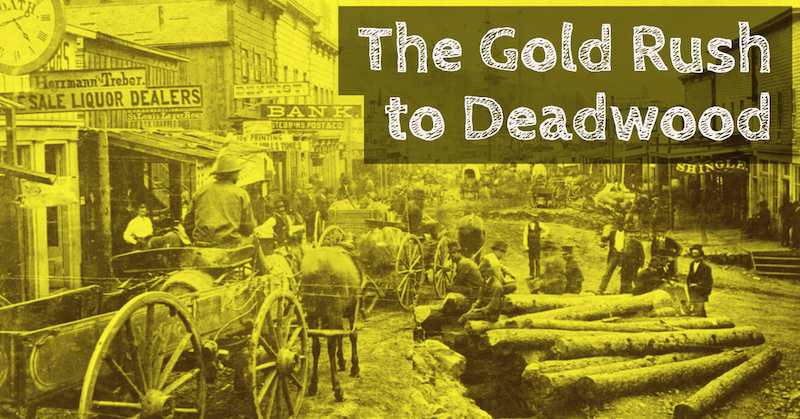 The town of Deadwood was founded for one reason… gold.

The Foundation Of Deadwood

The place where Deadwood would soon be is situated in the southern part of Black Hills. It is not surprising that the place was originally inhabited by Indians long before any European settlers would come to look for gold. Despite the fact that they were officially granted this ground in an 1868 treaty, gold had other plans in this scenario.

In the 1870s, Colonel George Armstrong Custer was guarding a railroad survey party through those Indian populated lands. He was the one who had found gold in a faraway Creek, full of dead trees (he didn’t stumble on it accidentally, of course, during their journey, they were prudent enough to check every nook and cranny in search of gold).

You know what happens next, right? By 1876, the place was packed with prospectors and all the land was claimed. Despite that, thousands more decided to try their luck here, maybe someone had missed a spot.

The Making Of The Town

So by 1876 there were 5000 men in the Black Hills. A town was definitely needed. Thus, a whole wagon train of necessary commodities was shipped to Deadwood. Saloons, stores brothels, and gambling houses sprang up, bringing all kinds of untrustworthy people into town.

Indians could not be satisfied with the course of actions on their territory and that is why Colonel Custer’s troops were really useful. It is also interesting that a lot of Chinese immigrants got interested in Deadwood. There were so many of them that they had actually formed their own Chinatown, an occurrence that was common throughout many gold rushes in the West.

Just a year later the Homestake Mine was founded, signaling that the gold prospecting has moved from placer mining (using sluices and other devices to find gold on the banks of rivers) to deep rock mining.

As we have mentioned before, the number of riches, the ease of finding them, and the appearance of a boomtown with gambling, saloons, and prostitutes brought a lot of sketchy people. Stories are told about a famous gunslinger Wild Bill Hickok who had arrived in Deadwood in 1876 with his gang. The interesting part is that he survived only 3 days and was shot during an unfortunate game of Poker in a saloon. The combination he had held was later named after him as “The Dead Man’s Hand”.

There were a lot of other troublemakers that roamed the streets of Deadwood and life wasn’t worth much in those days. Some of those even went as far as raiding wagons that were laid with gold from town. Well, who can blame them? Some of the wagons had carried 300,000 dollars’ worth of gold.

The reign of rogues and bandits was over in 1877 when placer deposits were depleted and deeper mining became the main way of obtaining gold. They just couldn’t get it as easily anymore. From 1877 onward, Deadwood took the path of becoming a quieter mining town. 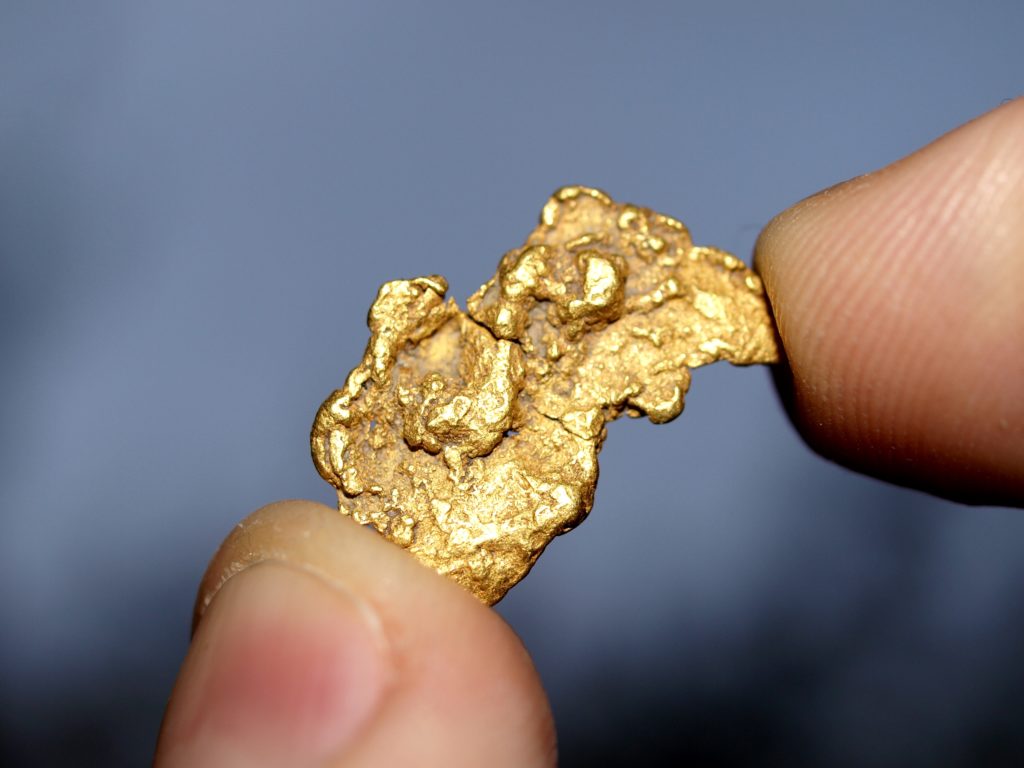 Gold does interesting things to people. Deadwood was one of the most dangerous towns in America during the height of the gold rush. Murder and robberies were a part of everyday life.

Deadwood After the Gold Rush

So, the Gold Rush was mostly over by 1877 but a fire in 1879 finished the job. It devastated half the town and people who had lost everything decided to leave. The town didn’t die out, however, because the mine was still working and due to some other notable events. In 1879, Thomas Edison presented the first electric bulb. This invention was so good that a Judge decided to found an electric company in Deadwood. It was finished in 1883 and brought a lot of jobs for the citizens. It is really astounding but Deadwood had electricity only 4 years after it had been invented. Later on, a railroad was made which made transport to and from Deadwood easier.

Deadwood is now small town and a county seat. It attracts a lot of hikers and tourists during warm seasons. Its most notable attraction is its old town that managed to survive despite three devastating fires that happened during the long history of Deadwood. Its old town was named a National Historic Landmark in 1961 which brings even more visitors interested in the history of Gold Rushes every year.

The Homestake Mine eventually became the largest gold producer in the United States. While it is no longer active, it was the richest mine in the country for many years.

Next: The Plummer Gang – Stolen Gold and Lost Treasure in Montana