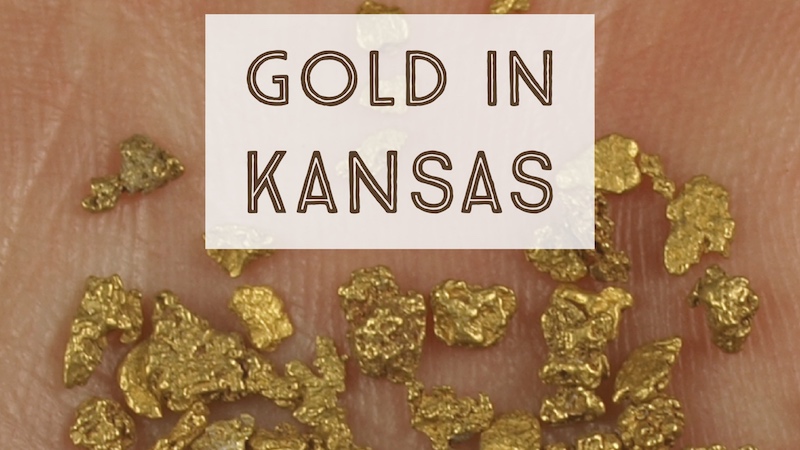 Prospectors have been exploring new areas for significant gold occurrences ever since the early discoveries of gold in the United States. The Sunflower State has attracted the attention of gold prospectors on a number of occasions, but there were just no significant gold deposits that have ever been found within the state.

There might have been some attempts at deceiving potential investors in several locations in what was then Western Kansas Territory. These reports of rich gold discoveries caused a few years of interest in Western Kansas during the early years. But the rich ground that caused the Pikes Peak Gold Rush in Colorado had never extended eastward into Kansas, and the excitement was only short-lived.

Schemes like this one were certainly not unheard of; in fact, fraudulent claims of gold occurrences for the purpose of scamming investors were not uncommon at the time all throughout the country.

In 1896, there were again reports which claimed that gold was discovered in Hollenberg City in Washington County that assayed out at $10 to $20 per ton. But then again, the gold seekers were doomed to disappointment. The flock of miners departed as quickly as they came, leaving Hollenberg to return to its former condition as a quiet little town.

Just about the same time as the discoveries in Hollenberg City, there were also reports of tin being found along the Smoky Hill River. No tin was found, but the ores contained low percentages of zinc. When a 200-foot shaft was sunk during experimentation procedures with the shale, a metal was found bearing a strong resemblance to gold. It is unconfirmed whether or not it actually was.

While the larger rivers that flow out of Colorado carried small amounts of placer gold since they drain some known gold-bearing areas, they are several hundred miles from the significant gold districts of Colorado. Meaning, any gold that was found will be extremely small and fine textured. The larger gold flakes and nuggets just do not travel very far downstream, but floods have the capability of pushing fine flour gold for long distances.

Thus, there is potential to find gold throughout the Arkansas River, which also cuts through Kansas; the Walnut River, a tributary of the Arkansas River, in the Flint Hills region in Butler County; and, the Smoky Hill River in Geary County and near Abilene in Dickinson County.

Among the other noted locations where gold has been usually explored in Kansas were the areas east of the Big Blue River, which is the largest tributary of the Kansas River, and the northern portions of the Kansas River in the county seat of Manhattan City in Riley County.

However, whether or not these earlier reports about gold in Kansas are reliable, gold can certainly be found in Kansas, especially in the far northeastern corner of the state where glaciers once covered the area. 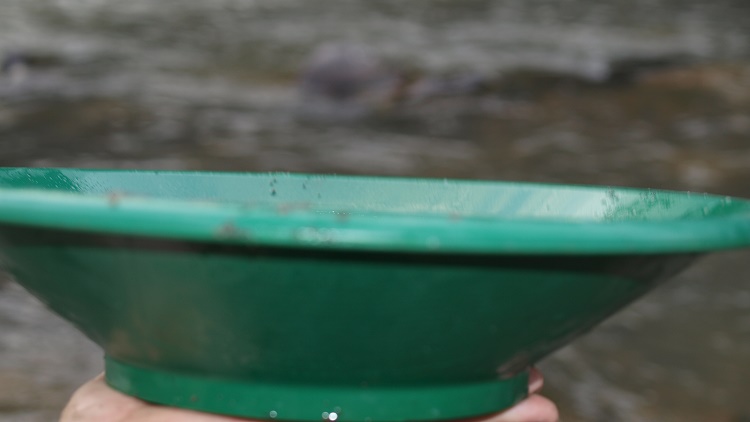 There were no verified reports of any commercial gold mining operations within the state of Kansas. Although the gold is small and almost always extremely fine textured flour gold, it is present in many creeks within the previously glaciated area and can be recovered by careful gold panning technique.

Despite a lack of any substantial gold deposits, there is an active community of recreational gold prospectors in Kansas and many other Midwestern states. The likelihood of striking it rich is pretty slim, but you do have a good chance of finding some “color” of you search in the right areas.

Next: Find More Gold in your Sluice Box with these Tips