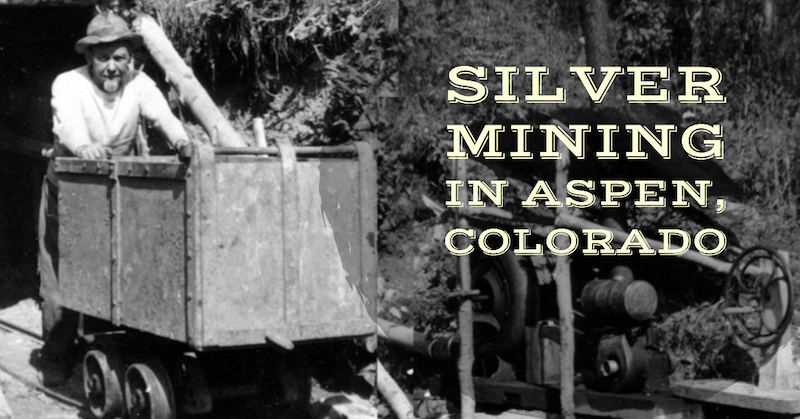 The Rocky Mountains that run through the center of Colorado hold immense mineral wealth. Most of the largest gold and silver strikes here were made well after other gold rushes in the West, but don’t be mistaken… they rivaled just about any other discovery made.

Aspen is one town that was formed due to the rich minerals in the surrounding mountains. One might not realize it today, considering the economy of the town is almost entirely based on tourism, but it was the mines that built it.

Aspen was first established in 1879, and was first referred to as Ute City, named after the Indians who inhabited the region. The town got renamed to Aspen in 1880.

The story of Aspen began with prospectors who camped in the tents at the foot of Aspen and Smuggler Mountains respectively, right at the intersection of Roaring Fork River and Castle Creek.

In 1879 the Hayden Geological survey report indicated some promising geological formations of the presence of silver in the Roaring fork Valley. In the very year silver was discovered in the Leadville area.

The first prospectors braved crossing the difficult mountains as they explored the area. Henry B. Gillespie arrived in Aspen to examine the mining operations and later proceeded to Washington DC to solicit for a Post Office in Aspen (Ute City).

In 1880, B. Clark Wheeler and Charles A. Hallam arrived in Ute as agents and co-partners of David Hyman of Cincinnati. The two purchased a number of mining claims. Then after Wheeler conducted a survey of the city, he named it Aspen, and formed his own town company. 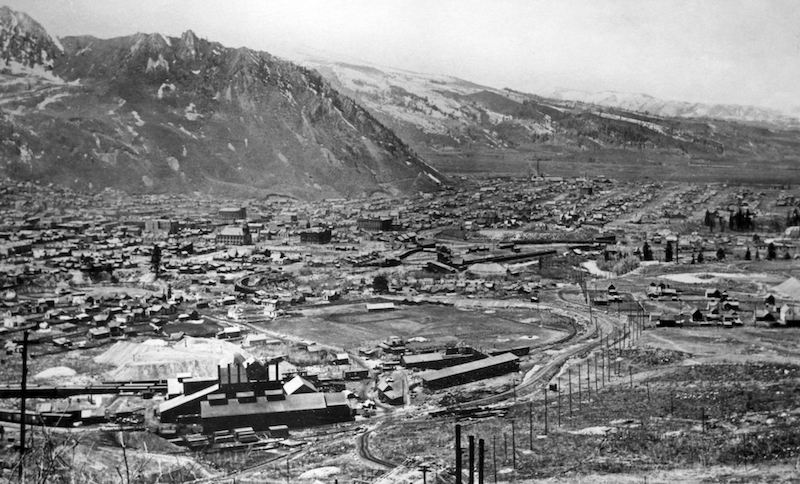 The Early Days of Aspen, Colorado brought men from all around the world. There was a time when Aspen was the leading silver producer in the country.

In 1881, Pitkin County was established and Aspen Mining and Smelting Company was formed. It was during the same year that the first school in Aspen was opened, and the Independence (Gold Camp) pass road was completed.

After the opening of the Aspen Mining and Smelting Company, a number of developmental projects were born. Among them were the location of Molly Gibson Mine, the construction of the first Clarendon Hotel, a Volunteers’ Fire Department, and the completion of a Telegraph connecting Aspen, Ashcroft and Crested Butte. At that time the Independence’s (Gold Camp) population was about 500 people, and were served by three saloons, four boarding houses and four grocery stores.

In the year 1883, the period when there was silver prosperity, Jerome B. Wheeler, a partner in Macy’s Department Store in the city of New York built Wheeler Opera House and the Hotel Jerome.

One of the World’s Largest Silver Producers

In 1891, Aspen became very rich where silver mining was concerned, and its mines were exceeding the production of its neighboring area Leadville in silver, making it the largest silver producing district every year in the nation with one-sixth total of the USA and one-sixteenth at world level.

In the year 1892 David Waite became the governor of Colorado on advocating for ‘Free Silver’. In the same year, the Queen Silver Statue for Chicago World’s Fair was constructed.

In the year 1893 Aspen’s population grew rapidly up to about 10,000 to 16,000 people. This population growth was necessitated by the discovery of a silver nugget weighing 2060 pounds in the Smuggler Mine. The nugget was able to produce 93% pure silver. By that year, Aspen had acquired Schools, Banks, Churches, and an Opera House. 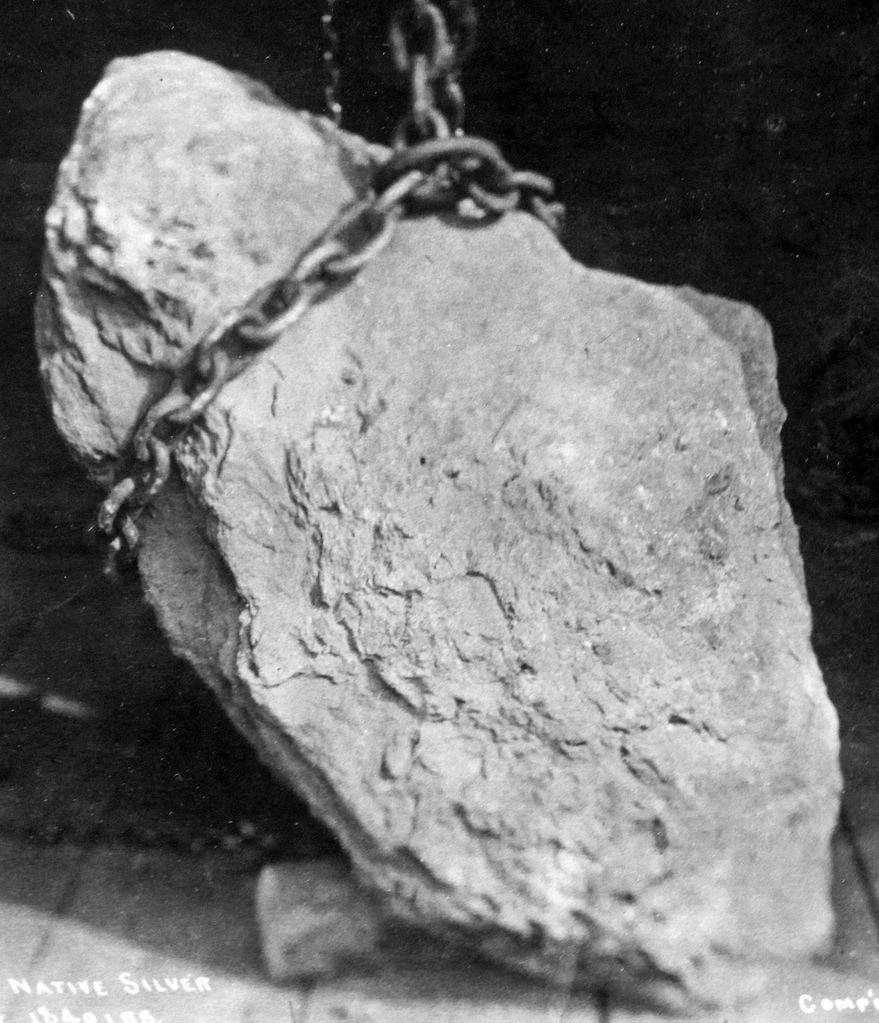 One of the only pictures that exists of the largest piece of silver ever found. Smuggler Mine, Aspen, Colorado.

Downfall of the Silver Mines

Unfortunately in that same year, the Sherman Silver Act was repealed. As a result Aspen’s economy was negatively affected. From that moment the mining industry was disturbed and mines began closing down one by one along with other related industries and businesses. As a result, even the population drastically crumbled to about 700 people by the year 1930.

There was still lots of silver hidden deep in those mountains, but mining it profitably at the price levels was difficult.

By the mid-1930s, the mining was really struggling in Aspen. Being a lovely mountains town, skiing enthusiasts looked at the potential to establish ski resort. However, due to World War II the plans were unable to take off.

Later on, the army trained the Tenth Mountain Division near Aspen and skiing soldiers got impressed with the consistent powder they found. When the war was over, a number of them came back and bought the surface and mining rights with plans to establish a ski area.

In 1950, Aspen hosted the world’s Downhill Ski Championships. And it was at Aspen’s mountain the longest chair lift was built. As of today, Aspen is well known for ski resort and other cultural related activities. It seems that the value of skiing and tourism has replaced the value of silver.

While the silver mining industry is just a shadow of it’s former self, there are still a few active silver mines operating in Colorado. Some of those mines can be found in the mountains around Aspen.

Additionally, there is no shortage of gold still waiting to be found in the area. Gold was always recovered as a by-product of the rich silver mines, but there are also placer gold deposits that can be found in the creeks and rivers all throughout the Rocky Mountains.

One of the most popular summertime activities is dipping a gold pan into a cold mountain stream and hunting for those tiny specks of shiny gold in the bottom of the pan.

Next: 8 Ghost Towns in Colorado with Abandoned Gold & Silver Mines

Public Gold Mine Tours in Colorado