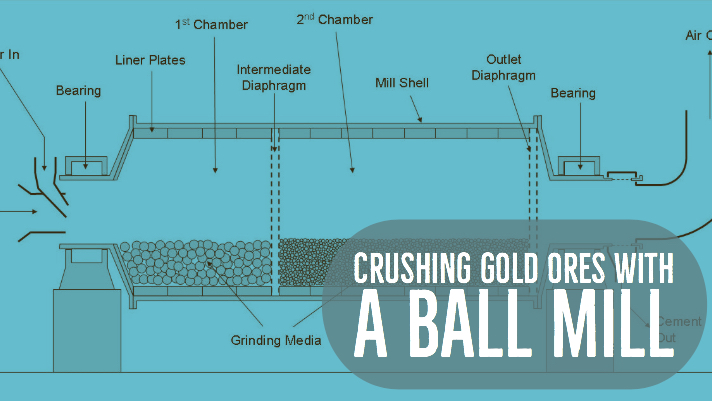 Placer mining and lode mining are very different. Whereas placer gold has been released from within the rock and is generally free from any significant matrix, lode gold presents different challenges. While gold may be present in ore, it must somehow be released for proper extraction.

As a result, a number of machines have been invented to bring about maximum results with regard to obtaining the much needed resource, ‘gold’. One of such equipment is the ball mill. Below is the write-up of how a ball mill works, is used to crush ore and an explanation regarding its effectiveness in gold mining.

The Purpose of Milling

First of all, in order to get the best out of how this particular equipment is used it is important to get acquainted with knowledge on what it is, and is made of. Hence, a mill is a piece of equipment used to grind ores. Its major purpose is to perform the grinding and blending of rocks and ores to release any free-gold that is contained within them.

At major mines, the mill was the critical equipment that was required to process the ores that were extracted from deep underground. Many early mines used stamp mills, but many operations today find that ball mills are more functional for smaller operations and perform well with the modern equipment we have available now such as combustion engines.

The Function of a Ball Mill

To perform its functions, the ball mill operates on the principle of impact and attrition. This principle entails that the balls are dropped from near the top of the shell in order to bring about size reduction impact.

The major components of the ball mill include a shell that is hollow and is suspended on its axis to bring about rotation. The axis of the shell can be suspended horizontally or at an angle to the horizontal.

The shell is filled with quite few, but reasonable amount of balls which do the grinding process, and can be made of steel such as chrome steel and stainless steel. They can also be made of ceramic or rubber depending on their targeted material to be ground.

Meanwhile, the surface of the inner part of the shell is in most instances coated with an abrasion-resistant material which may include manganese steel.

Its major operations are categorized into two, namely the dry and wet processes. Through those processes the machine is able to perform its functions of grinding the crushed materials. One of such functions, is that which is witnessed when grinding different types of ore, such as gold ore. 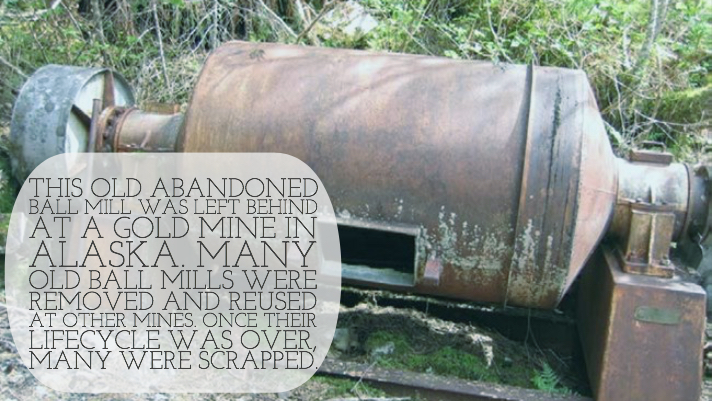 Now here is what one must know with regard to how the ball mill operates. The drum of the mill (shell) is suspended on two self-aligned rollers. Then the material to be worked on is loaded through the hopper.

From there, the mill is driven using a motor with a clutch, gearbox and the flexible coupling. The mill is then lifted to a certain level of height as it rotates. It is from that height that the balls begin to freely fall or roll down in order to grind the material that has been loaded.

After the material is ground, it is then removed from the mill depending on the discharge method used on the machine. For example, there are center unloading mills as well as unloading through the grille mills.

For the center unloading mills, the ground material is discharged through a hollow unloading trunnion using a free sink. To make it more efficient the pulp level in the drum should at least be above the level of the lower generating trunnion for unloading.

On the other hand, mills whose unloading is done using the grid consist of a lifting device which helps to unload the crushed material. For this reason, in such a mill the slurry level is likely to be lower compared to the unlading trunnion level. In such a mill, a grid with openings used for unloading crushed material is located in the unloading end of the drum.

To crush the gold ore in order to obtain pure gold, the large ore of gold is fed into a jaw crusher or mobile jaw crusher for the primary crushing process. The crushing process acts as a medium of screening the fine gold ore. It is then sieved using the vibrating screen and later sent through the use of a conveyer belt.

From Ore Chunks to Fines for Processing

From the ball mill, the gold ore powder is subjected to the process known as beneficiation for further crushing before classification and floatation processes. Most commonly, professional mining operations will use a shaker table at this point. These are extremely effective at capturing tiny particles of free-gold that has been released from the ores.

Next: Stamp Mills Were Hugely Important in Early Mines