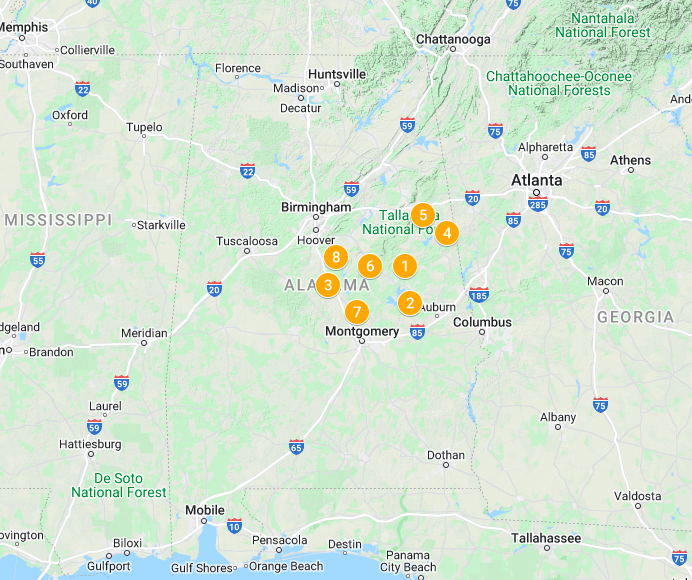 Hog Mountains was one of Alabama’s most important mining areas in regards to total gold production. Much of the mining here was done through cyanide leaching, but the drainages that flow off the mountain will often turn up some descent gold. Dig down to bedrock and pan the gravel.

The first major gold rush in Alabama started at Blue Creek way back in 1830.

Gold Ridge was a copper mining area, but the ores also contained gold. There are some treasure stories related to Gold Ridge, with some claiming that a lost cave full of gold nuggets still exists. 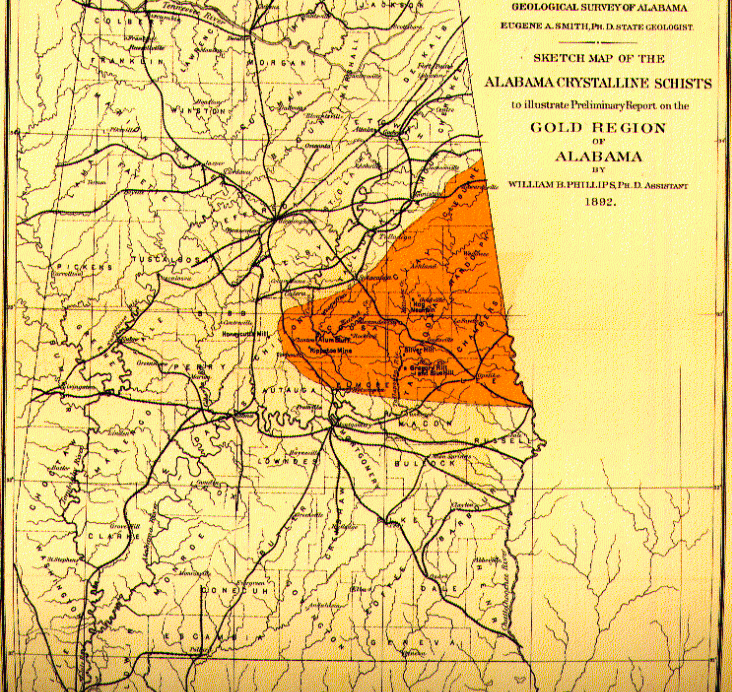 This is the general area where you can find gold in Alabama. Don’t be afraid to explore new areas not listed here. There is gold in many small streams not mentioned here. As the old saying goes, “gold is where you find it!”

This area covers an area that has produced both copper and gold historically. Chulafinnee Creek produced decent gold. The town of Chulafinnee was established due to the mines here, and it existed up until 1904.

Both Weogufka Creek and nearby Hatchett Creek were both decent producers back in the day. Early miners reported up to 20 specks of gold per pan, and some larger mining operation were set up to extract the placers.

Pan along the Coosa River within Chilton County and you are likely to find some gold. Many of its tributaries including Blue Creek and Rocky Creek were mined extensively in the early 1800s.

This area has been reworked many times, but it certainly has a rich mining history with many large gold nuggets to it’s credit. Exploring the area you will note many pits and trenches from historic mining activity. There’s still gold here to be found, but it does take some effort. 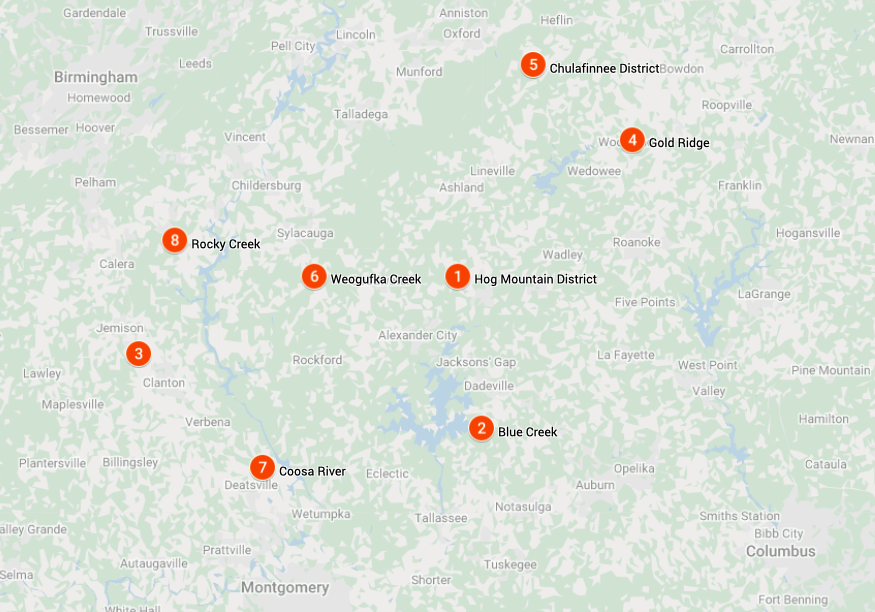 7 Rivers in Georgia Where You Can Find Gold

How to Stake Your Own Mining Claim