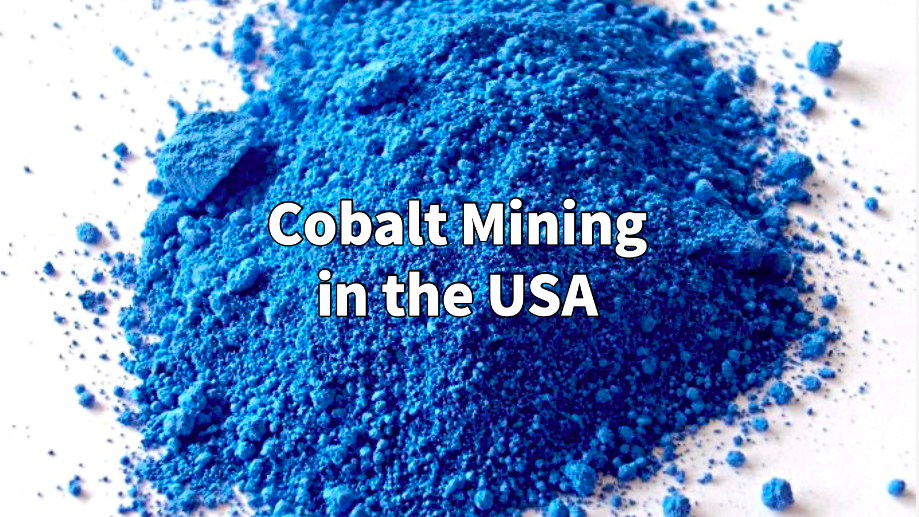 Cobalt may have been referred to as goblin (due to its toxic effects when the ore was smelted) by the early miners in Saxony back in the sixteenth-century, but today it represents the epitome of cutting-edge technology.

Unlike its ancient use in artifacts and textiles as a blue dye, today cobalt is an important constituent in the manufacture of super-alloys used in jet engines, in materials used to make wear-resistant drilling tools and more importantly, in the manufacture of lithium-ion batteries used in electric cars and other common electronic devices such as mobile phones.

The uses mentioned above, and many others, have made cobalt grow in importance and is now included by the United States government on a list of Critical Materials that are vital to the U.S. economy and national security. This classification (first done in February, 2018) is slowly creating what we may call the cobalt rush.

This rush may not be on the scale of the gold rush, but since no significant cobalt mining has happened in the United States for several decades, the growing demand for the mineral in critical industries such as defense (drones, radar, missile guidance systems and sensors) will speed up exploration and extraction of the nearly 300,000 tonnes of cobalt reserves across the country.

History Of Cobalt Mining In The United States

One of the earliest reported mining of cobalt was in the mid 1700s at the Great Hill cobalt mine in Middlesex County, Connecticut. Located at the southern foot of Great Hill, the mine extracted cobalt ore for a few years and was later abandoned until 1818 when Seth Hunt conducted analysis on the main vein and discovered nickel, which coincidentally was in high demand from the US Mint. Nickel mining continued until 1859 when the mine eventually closed.

Another mine known as Blackbird in Lemhi County, Idaho, which started operations extracting gold and copper in 1893, would later become the core of cobalt production in the U.S. due to the surge demand experienced after World War II. Its use in jet engines prompted the U.S. to begin stockpiling the mineral and other critical metals for military uses. This led to increased prospecting activities on U.S. soil and production from cobalt-bearing ore that had been found in 1901 at this mine close to Blackbird Canyon, was ramped up.

For almost a decade from 1949, the Blackbird mine became the only producer of cobalt in the U.S. It closed in 1959 when demand from the government waned but reopened intermittently until 1982 when it finally closed.

The recent increased demand for cobalt has renewed prospecting activities in the United States which holds an estimated 285,000 tons of cobalt reserves. Significant cobalt deposits have been identified in Idaho, Alaska and Montana. Other smaller deposits can be found in Missouri, North Carolina, Oregon, Michigan, Pennsylvania, California, Minnesota, Tennessee, New Mexico and Puerto Rico.

Cobalt Mines In The United States

Most of the cobalt produced in the United States has been a by-product of copper and nickel mining. The largest cobalt deposits are found in the Idaho Cobalt Belt. The following are some of the known cobalt mines in the country.

This is a cobalt mine near the town of Salmon adjacent to the old Blackbird mine that was declared a toxic site. It started operations in October 2022 and is touted as the first to produce cobalt anywhere in the U.S. in more than three decades.

This deposit was first mined in 1893 when gold and copper were discovered in the area. It was not until 1902 when cobalt mining started after its discovery in 1901 by John Belliel. Full-scale production was ramped up in 1949 and at its peak it was the only cobalt mine in the U.S. and still contains a considerable amount of cobalt. The mine closed in 1959 but reopened several times before its final closure in 1982. 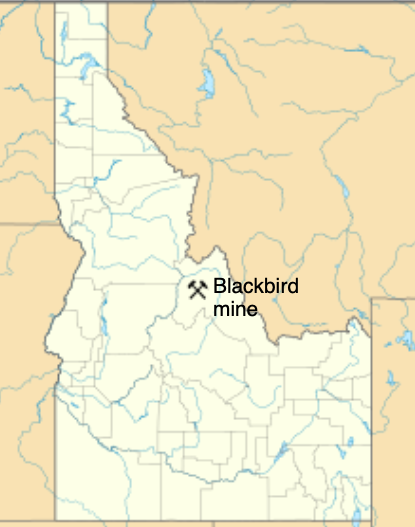 Lemhi County, Idaho is home to some of the countries largest cobalt deposits. The old Blackbird Mine first started operation in 1893, but has been closed for decades. Mining is currently taking place adjacent to the Blackbird Mine with an open pit mining operation now active. It is the only active cobalt mine in the USA right now.

This was a cobalt, copper and gold mine located less than a mile north of Ward Creek.

This Cobalt, Cadmium, Lead and Copper mine was discovered in 1960 and entered its first production in 1969. It operated until 1986.

The mine was located at the southern foot of Great Hill and was first mined in 1762 when cobalt ore was discovered by German prospector John Stephauney. The mine was abandoned in the 1880s when analysis indicated that only nickel was in abundance at the site.

One of the largest cobalt reserves in North America are found in an old lead mine known as the Missouri Cobalt Mine. Located in Madison County it is estimated to hold more than 35 million pounds of the mineral.

This was a copper and gold mine with cobalt as a minor product.

This was a major manganese producer with cobalt as a minor
product.

Cobalt and copper were discovered in 1935 and extracted from this mine.

The demand for cobalt is on the increase and just like the gold rush lured prospectors to the Wild West, this new rush to fight climate change using clean energy sources will lead to increased exploration to find cobalt across the United States.

It is clear that many deposits are yet to be discovered and those that are known haven’t been quantified. The scale of recent exploration points to the momentum which is anchored on projected demand.