The “Hand of Faith” is the largest gold nugget currently in existence today. It was found by a gold miner using a metal detector in 1980. It comes from the famous gold rich region of Victoria, Australia known as the Golden Triangle.

This amazing gold nugget is currently on display at the Golden Nugget Casino in Las Vegas. It weighs in at a whopping 876 troy ounces.

The “Boot of Cortez” is another spectacular gold nugget that was found with a metal detector. It was found in the Sonoran Desert of northern Mexico back in 1989. Rumor has it that the miner was using a simple Radio Shack detector.

This is the largest existing gold nugget that has been found in the Western Hemisphere of the Earth. It weighs in at over 389 troy ounces. It sold at auction a few years ago for over a million and a half dollars! 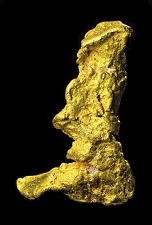 The “Mojave Nugget” was found in the Mojave Desert of Southern California in 1977. A miner was using a metal detector to explore the desert around the mining town of Randsburg when he unearthed this spectacular nugget.

One of the largest nuggets to ever come from southern California, this awesome nugget weighs an impressive 156 troy ounces! 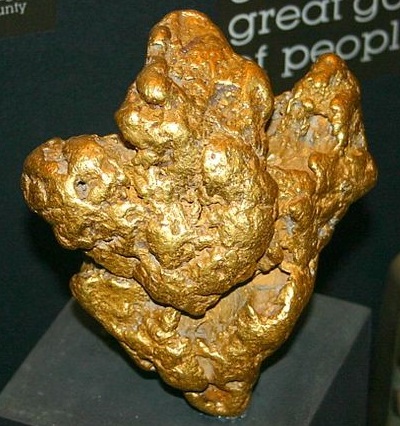 The “Butte Nugget” is the most recent discovery of the nuggets on our list. This spectacular find was made during the summer of 2014 in Butte County, California. Once again, a prospector using a metal detector was searching around a historic mining area and located this gigantic piece of gold.

The nugget weighed in at 75 troy ounces, an impressive find indeed considering it has been missed by countless other miners for over 150 years! Not too long after the discovery of the Butte Nugget was announced, it was sold to an anonymous collector for $400,000. 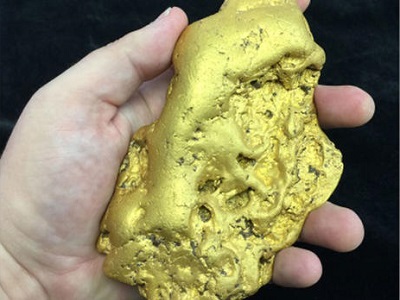 The “Ausrox Nugget” currently ranks as the 3rd largest gold nugget in existence today, and it was also found with a metal detector near the famous goldfields of Kalgoorlie, Western Australia.

This nugget was found in 2010 by a local prospector in the Kalgoorlie area, and was sold for an undisclosed amount not long after its discovery. Based purely on its overall weight and rarity, it is very likely that the nugget sold for well over a million dollars. 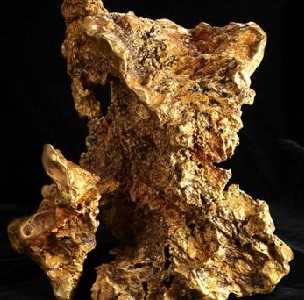 This just goes to show what a great tool a quality metal detector can be in finding gold nuggets. With all of these nuggets being found in just the past few decades (and a couple as recently as a few years ago), it is a testament to the fact that not all of the big gold nuggets are gone. Not by a long shot!

There will undoubtedly be more huge gold nuggets found with metal detectors in the coming years.