Legend says that new emigrants to this country were often told, “Don’t stop in America, go straight to Butte.” 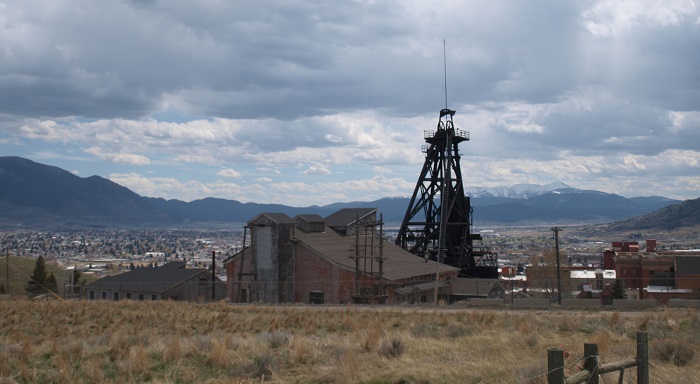 At its inception in the 1870s, Butte consisted of just a few mining camps. When copper and silver was discovered, the end of the decade saw Butte becoming a big, energetic city, with each new day bringing in more population. Disaster struck in 1879, and as so often happened in old western towns, the business district of Butte burned to the ground. The response of the city council was that, going forward, only brick or stone could be used to build business structures. This move had the effect of not only making the business district safe from such a disaster in the future, but as a result, most of those buildings still stand, and Butte is a very interesting and picturesque city to visit.

CORRUPTION AND THE COPPER KINGS

Although elsewhere in the West, miners were constantly searching for gold, it turned out to be copper that would put Butte on the map. By the 1900s, the copper industry in Butte was controlled by three “copper kings”: Marcus Daly, William A. Clark, and F. Augustus Heinze. In 1876 Daly took over management of the Alice silver mine, but it did not take long for him to notice that the mines were showing more copper than silver. He was astute enough to realize that copper was going to become a big deal. Clark could also see the writing on the wall and began to purchase land with an eye to copper production. Heinze arrived late, but made up for it with his Montana Ore Purchasing Company, showing a monthly copper production of 2,000,000 pounds.

The battles between these three men were epic and fraught with corruption and greed. There was no such thing as “rich enough”. The law at the time allowed a miner to follow an ore vein under property belonging to someone else. Lawsuits abounded, and Heinze in particular bribed judges and attorneys, so that the lawsuits dragged on and on until the vein was completely played out, and the suits were pointless. One judge in Heinze’s pocket, a Judge William D. Clancy, was known for falling asleep on the bench, and only came alive long enough to declare that the court found in favor of Mr. Heinze! When the law was finally changed in 1905 to prohibit following a vein under someone else’s property, Heinze sold up and left for New York, a very wealthy man indeed.

Timing was everything for Butte. Demand for copper went through the roof for a couple of reasons. First, the development of electricity meant that tons of copper would be needed for copper wire. But the big spike came during World War I. Given that copper was a component of every bullet, Butte could hardly go wrong. Estimates indicate that approximately 1/3 of the copper produced came from Butte.

Standard Oil Company began to buy up smelters and mines, and in 1899 formed the Amalgamated Copper Mining Company. This conglomerate eventually became the Anaconda Copper Mining Company, which monopolized copper mining for the majority of the 20th century. It was Montana’s largest company by the 1920s, and in the entire world it ranked 4th in size. But by the time of the Great Depression, there was a much smaller demand for copper, and as is always the case, when the demand declines mining towns begin to lose significant percentages of their population.

As with most monopolies of the time, working conditions were bad, and unions emerged. Mining was a hugely dangerous profession, and miners could be killed by falling down shafts, fires in the mine, falling from hoist cables, blown up by dynamite explosions or killed in rock collapses. The advent of electricity meant lighting and ventilation was better, but that meant miners now faced the possibility of electrocution. If the miners survived the very real possibility of accident, they still faced respiratory diseases that killed them more slowly. A 1914 study indicated that 40 percent of miners suffered from chronic respiratory illness.

The horrible working conditions gave rise to unions, labor strikes against management were a common occurrence, and the mining company security was responsible for the violent deaths of some of the striking miners. In 1912, Amalgamated Copper began weeding out union sympathizers in a big way, striking off 500 miners. By December, a blacklist was in effect to identify union supporters, and they were never hired on. Violence was a common tool to frighten miners away from the unions. By 1914, miners’ wages were not rising although the price of copper was going up, and in 1917 a union organizer by the name of Frank Little tried to bring the Butte miners into the union. In August, he was kidnapped, beaten, dragged behind a car, and ultimately hanged at the edge of the city from a train trestle. Nobody was ever held accountable for his death.

By 1934, union strength was sufficient to sustain strikes, and there were many more to come, particularly in the 1960s and 1970s. The unions were responsible for not only wage bargaining, but also for organizing funds to make sure that the families of injured, killed or sick miners didn’t starve to death. 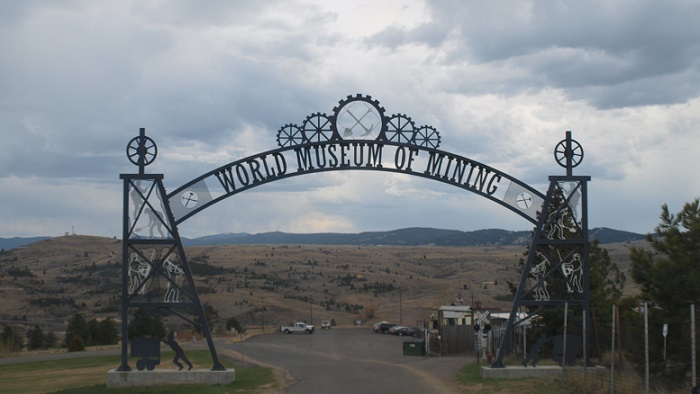 Be sure to visit the World Museum of Mining if you make it to Butte. You will find a world-class collection of old mining relics on display to the public. You can even go underground and explore one of the famous copper mines!

Initially copper was extracted from the earth via underground mines, tunneling along a vein. The 1950s signaled a significant change for the town of Butte. Because underground mining was expensive, Anaconda Mining needed a more cost effective process for removing minerals. Abandoning tunnel mines, the new approach was to remote the whole side of the hill, known as strip mining. Open pit mining is not only much more economical than tunneling, it is by far less dangerous for the miners. Some of these strip mines are still active today, although the large Berkeley Pit, which was opened in 1955, was shut down in 1982.

Butte was a disaster environmentally and the area adjacent to the city was declared one of the largest Superfund Sites in the country, due to the leaching of toxic chemicals and heavy metals such as cadmium, arsenic, sulfuric acid and zinc into the water table as well as nearby rivers. The Clark Fork River west of Butte ran red in the spring when the rain was heavy. In fairness to the industry, hindsight is always better than foresight, and the environmental costs could not have been foreseen. Although the Arco Company, which Anaconda Mining had merged into, and which was subsequently absorbed by British Petroleum, had stopped mining in around Butte in 1983, they still had to stand the costs for the Superfund cleanup, which is continuing today. The problems are far from resolved, as evidenced by the 342 dead snow geese found in 1995, after landing in the Berkeley Pit water.

In 1983, Montana Resources resumed strip mining in the area, although the company must follow much more stringent regulations than in the past. Approximately 50,000 tons of copper and molybdenum ore are being produced per day, and the company has 350 employees. They have an impressive record of no on-site accidents that caused lost time.

Between the years of 1880 and 2005, the Butte mining district has produced:

Next: Montana Treasure! A 27-Ounce Gold Nuggets is Found near Butte