Oregon is a great state to do some gold prospecting. Some incredible gold nuggets have been found in the state, and there are countless creeks and rivers where gold is hidden within the gravels.

The major gold-bearing areas in Oregon are primarily in the southern part (Grants Pass & Medford area) and the eastern part of the state (Baker City, John Day area). 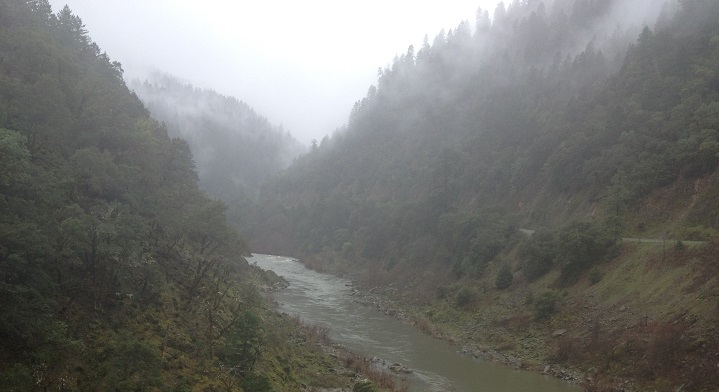 This river drains the far southeastern part of Oregon starting at the Siskiyou Mountains of northern California and enters the Rogue River just west of Grants Pass, Oregon. This is a particularly rich part of the state and nearly all of the tributaries in this area have gold.

The mountains surrounding the Applegate River are also particularly well known for producing “pocket gold,” an occurrence where a considerable amount of gold will be found in a very small areas. Some of these pocket have contained many thousand of ounces of gold, and there are likely some more out there that haven’t been discovered yet.

The Illinois River is another golden river flowing through Southern Oregon in Josephine County. It starts in the Klamath Mountains of northern California and drains into the Rogue River near the small town of Kerby.

Some of Oregon’s largest gold nuggets have come from the Illinois River and its tributaries. One special creek worth mentioning is Althouse Creek, which has the distinction of producing the states single largest gold nugget reportedly weighing in at 17-pounds! 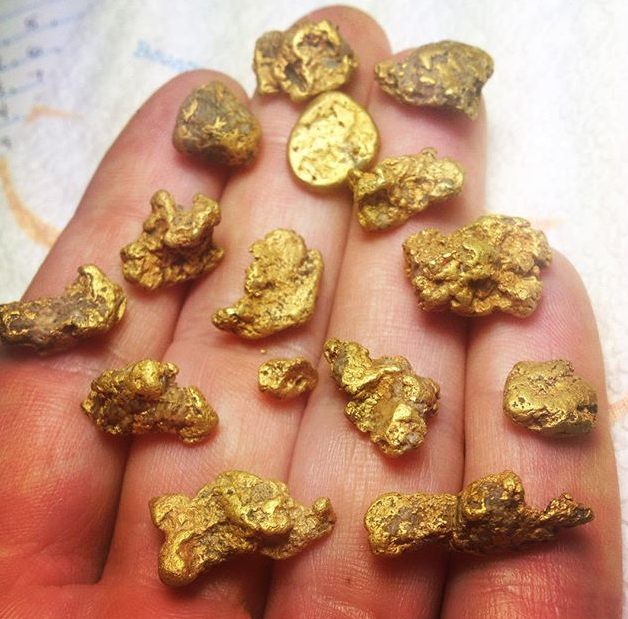 Many of the rivers in southern Oregon have produced gold nuggets. Some of the largest ever found have weighed several pounds!

The Rogue River is the largest river in southern Oregon and has some exceptionally rich gold areas. Early miners recovered millions in gold from the gravels of the Rogue, and in recent years suction dredgers have been able to find very rich gold deposits also.

The headwaters of the river start as far east as the Cascade Mountains, but the richest stretch of the river starts near the town of Gold Hill where Bear Creek enters. The gold deposits continue downstream all the way to the Oregon beaches (which also contain gold). Just keep in mind that a large portion of the Rogue has regulations that limit the types of mining that you are allowed to do.

Gold is Hidden in the Sands of Southern Oregon Beaches

The South Umpqua River is not very well known for producing large gold nuggets, but it does have lots of fine gold dust that can really add up. Gold panning along the gravel bars of the South Umpqua can be very productive.

One nice thing about prospecting on the South Umpqua is the amount of exposed bedrock that can be found, in particular during the summer months when water levels are low. Carefully digging out the bedrock cracks with crevicing tools

and panning out the material can yield a surprising amount of gold to the diligent prospector.

The Burnt River is a very rich gold-bearing river is Eastern Oregon, draining some of the richest areas in the entire state of Oregon. The richest stretch can be found in the steep canyon areas upstream from Huntington and Durkee.

The Lost Dutchman Mining Association has several claims within the Burnt River Canyon. You do have to pay a membership to join the club, but it is a good option if you would like access to a gold-bearing stretch of the river. 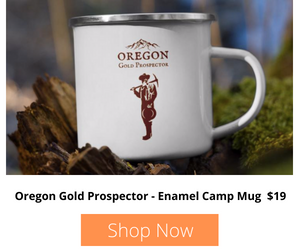 The Powder River is yet another gold bearing river in Oregon, starting in the Blue Mountains above Sumpter, downstream through Baker City, and eventually entering the Snake River on Brownlee Reservoir.

The upper reaches of the Powder River were mined with several bucket line dredges for many years, and miles of dredge tailings can be seen throughout the Powder River Valley. One of the dredges is now on display in Sumpter and you can walk inside of it and see the internal workings of this massive mining machine. It is one of the best preserved dredges in the world.

Also Read: Determining if Land is Open to Prospecting

Yet another river that flows through Eastern Oregon is the John Day River. Several forks of this river drain some of the richest areas in the Blue Mountains. Dredging was done on many parts of the river, and many mining towns such as Greenhorn, Susanville, Dixie, and Canyon City are all located on very rich tributaries of the John Day River.

Canyon City in particular is worth noting because it was well-documented that this was the single richest placer gold deposit in the entire state of Oregon. Located just a few miles upstream from the town of John Day, some reports stated that the gravels payed as much as $500 per yard at a time when gold was only $19 per ounce!

Another place worth mentioning is Buck Gulch near Susanville. This is where the 80-ounce Armstrong Nugget was found, just a mile or two away from the Middle Fork of the John Day at the town of Galena. 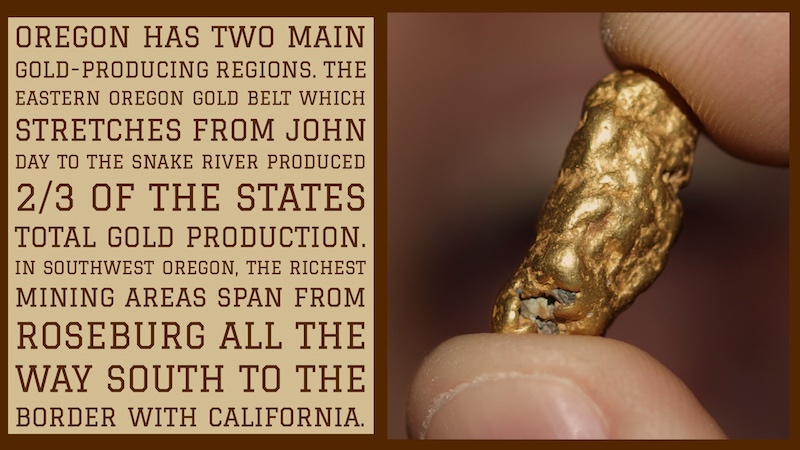 Oregon is one of the best states to mine for gold in the US. The gold deposits are widespread but are richest in the southern part of the state just north of the California border near Grants Pass and Medford, and also in Eastern Oregon near the towns of John Day and Baker City.

There are dozens of rivers and hundreds of different gold bearing creeks throughout the state. These are the top-7 rivers that have historically produced the most gold, and there is still a lot of gold that can still be found today.