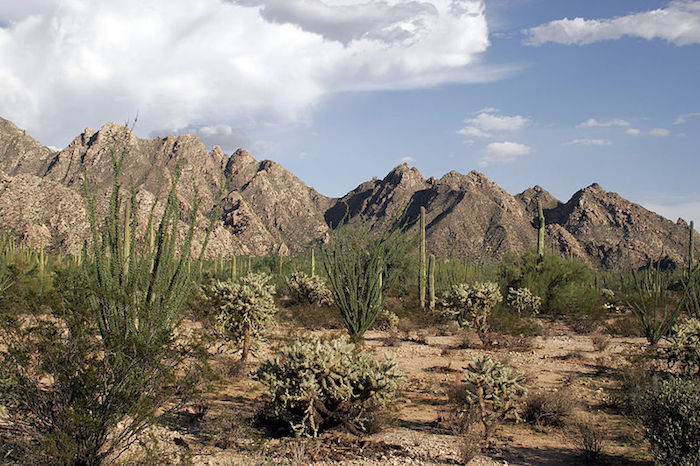 Talk to enough prospectors from Arizona and Southern California, and eventually you will hear some stories about gold prospecting in Mexico. It’s a country that has vast mineral wealth including it fair share of placer mining opportunities.

The dry climate means that most Mexican gold prospectors use metal detectors to hunt for elusive nuggets. There are old placers down there that date back to the time of early Spanish exploration.

Many people (including myself) would love to do some prospecting in Mexico. There are lots of places within a few hours of the border that are well known mining areas. Many places in the Baja California and the Sonora Desert are rich with gold.

Unfortunately, the dangers of the border country makes a simple prospecting trip to Mexico an undertaking that should be carefully considered. Mexico is a corrupt country, especially around the border towns. And its only getting worse in most places.

If You Venture South…

Keeping a low profile is a smart, but may not be possible. Word is likely to spread quickly if a gringo is down in the desert swinging a metal detector. If I were to go down there, I would keep out of the towns as much as possible and camp out in the bush, avoiding people if possible.

This may be easier said than done though, since you will need to come in for supplies from time to time. Close to the border it is nearly impossible to stay completely hidden, since Border Patrol is active on both sides of the border with an eye out for drug runners.

Since you are simply out there prospecting this shouldn’t be a problem, but some of the guys I know who have gone down there were essentially harassed by the agents, often having to pay bribes and deal with general aggressive behavior.

I’ve heard quite a few stories of American’s mining for gold in Mexico. Some managed to prospect down there without incident without issue. Others weren’t so lucky.

One story that comes to mind was a friend who was the foreman of a fairly good sized mining operation. They would mine and process their ore on-site, and take their refined gold bars out to the city every few weeks.

They were robbed twice, losing several hundred ounces of gold in total. Employees came and left from the mine without incident many times, yet on the day that gold was being transported they got robbed. It was likely that someone was tipping off their buddies about which day the gold was going to be moved. They eventually closed the operation completely due to security concerns.

Another story I recall is a friend from Arizona who went down to Mexico to swing a metal detector. He was finding decent gold down there and didn’t have much difficulty while out in the field. However, he spent some time one of the towns and managed to get robbed at knifepoint. Luckily he didn’t have his gold on him, but that was the end of his adventure.

Of course these are the bad stories. Some guys are able to go down there safely and have no troubles.

Also Read: 4 Ways you can Find Gold in the Desert

How Much Adventure are you Looking for?

I suppose everyone has their own level of stress (adventure?) that they are willing to deal with. Personally, my attraction to gold isn’t quite powerful enough to convince me to venture down to Mexico. I know there is good gold down there, but I know enough places here in the states to keep me busy for a lifetime.

Some prospectors also seem to think that Mexico is completely untouched and unprospected, but this is certainly not the case. There are plenty of native Mexicans down there hunting for gold too, so its not like you will be the first guy to hunt those goldfields.

Personally, I’m going to stay up here in the states. If you decide to venture south of the border I wish you luck. Stay safe down there!

Read: Gold Prospecting in the USA – Where to Find Gold in all 50 States