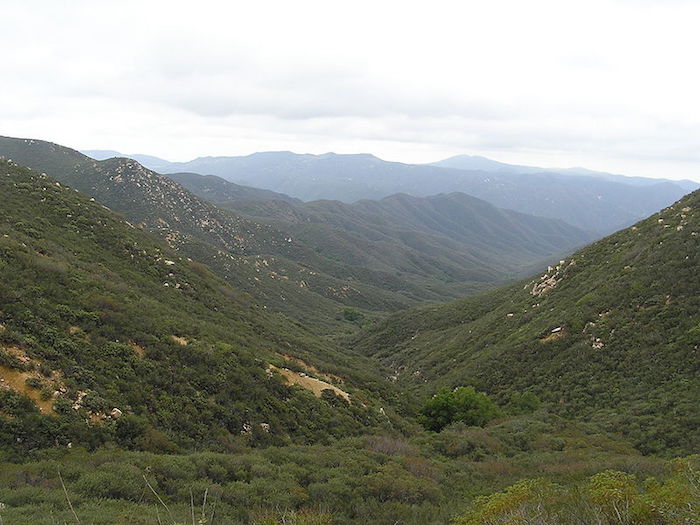 It might be a surprise to some that there is gold in the Santa Ana Mountains. This is one of the most populated areas of the United States, and one generally doesn’t think of the big city when they are going out looking for gold. The best mining occurred southwest of Los Angeles near the border of Orange County and Riverside County.

Of course, the gold was here long before the people were. And while Southern California is not as famous for its gold strikes as those in the northern part of the state, many men have made their living by mining for gold in these mountains over the past two centuries.

Being sandwiched between two major interstates and near a huge population center, it is actually fortunate that there is so much public land available that provides opportunities for prospecting. Much of the Santa Ana Mountains are within the Cleveland National Forest.

Miners can still prospect and stake claims in much of these mountains, provided that they follow the proper protocols and the land is not already staked. Certainly much of the better ground is already claimed, but there are still gold-bearing locations that have not been found.

History of Mining in the Santa Ana’s

It was pretty well known that the Spanish and Mexicans were doing some mining in this region long before the Gold Rush to California started. These were small-scale mining operations, often just individual prospectors who were recovering gold from the creeks.

Remnants of arrastras (crude ore crushers generally powered by livestock) have been found as well, proving that these early miners were also crushing ores and extracting minerals from hard rock. While they were certainly mining gold, there is also silver, lead, and other minerals that were probably being mined.

And: 4 Ways to Find Gold in the Desert

Where to Find Gold

There are plenty of places to explore and do some prospecting. The Ortega Highway follows along San Juan Canyon and goes through some decent gold country within the Cleveland National Forest.

Placer mining has taken place in San Juan Creek, Lucas Canyon, and other drainages in this area. Of course, there is very little water in this part of the country, so traditional placer mining techniques often don’t work here.

This can be both good and bad. While it creates additional challenges by requiring you to either pack in water, or use a dry method like metal detecting or drywashing, this has also limited interest by other miners.

I recommend that you strap on your boots and do some hiking. There is a lot of people here, so you want to get away from the crowds. Try prospecting some small drainages that have been overlooked by others. Also be aware that some of the best areas are now within the San Mateo Canyon Wilderness and are off-limits to prospecting.

Next: Gold Mining in the San Gabriel Mountains