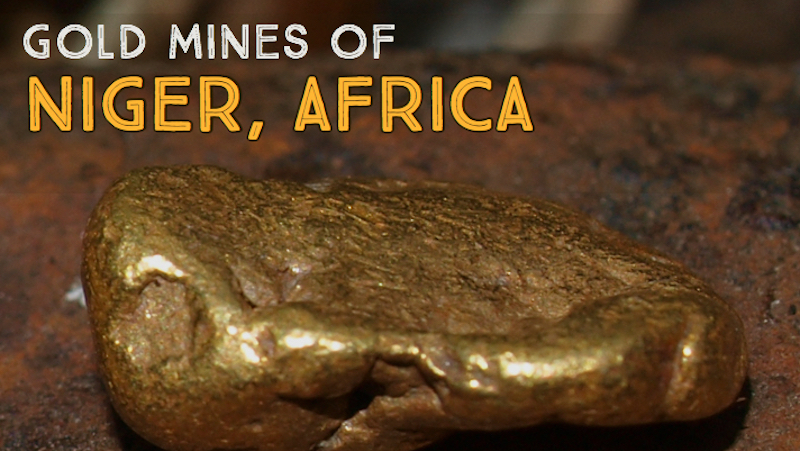 Mining is such an important industry to the economy of Niger that it contributes about 40% of the country’s total exports. Gold is one of the valuable minerals in the country with the majority of the country’s gold being mined by local artisans on a small scale. Most of the exploitable gold deposits are found in the northern region of Agadez and the southwestern region of the country.

Exploitable deposits of gold have long been known to exist in the southwestern region of Niger and more recently in the northern region of Agadez. The first commercial gold mining in the country begun in 2004 at the Samira Hill gold mine that is operated by the mining company of Liptako, which is a joint venture between the government and two Canadian companies. The discovery of two more commercially viable gold deposit in 2014 in the Agadez region has further pushed the potential of Niger as one of Africa’s major gold producers.

The history of gold production in Niger goes back to the sixtieth century well before the French colonized the area. For a long period of time, the local artisan has been mining gold along the Niger River basin and in the region between the river and the Burkina Faso border. Towards the border with Mali and Burkina Faso there is the Liptako region, which is located in the western part of the country, has three important greenstone belts that are rich in gold.

The three greenstone belts are the Sirba belt located to the west of Niamey, the Goroul belt located to the northwest of Liptako area and the Tera gassa belt set in between the Sirba and the Goroul greenstone belts. For the past two decades, several small-scale artisanal workers have been actively engaged in the mining activities in the Liptako region and it is estimated that they produce a significant amount of gold even though they have limited resources.

The Samira Hill Gold Mine is Niger’s most important gold mine. The mine was open in 2004, and it is located in Tera district within the Tillaberi region. It is the first commercial mining gold in the country with the previous mining activities centered on local artisan miners. The mine is operated by consortia made up of Etruscan Resources Inc. (40%), Semafo Inc. (40%) and the government of Niger (20%). The mine is an open pit mining with two major mining pits located about 3km apart and about 5km from the Burkina Faso border and about 95km from Niamey.

The operation of the Samira Hill gold mine point to significant gold deposit in what is now considered as the emerging gold belt named Samira Horizon. The potential of this region is huge that many stakeholders believe that more gold could be found within this belt. In fact, a lot of people believe that the Namaga concession on which this mine was built could give rise to more gold mines especially in the sounding areas such as Koma Bangou.

In April 2014, two new commercially viable gold deposits were found at Djado about 700 km from Agadez and in Mount Ibl about 360 km from Agadez, both in the Agadez region. The mining of these two deposits is yet to kick off as the government and other stakeholders are still reorganizing the area. However, the two discoveries have attracted the attention of the locals and several multinational gold mining firms.

Other potential gold rich areas include the Koma Bangou region that has gold deposits that the government considers not commercially viable, and the Air Massif are where GeoAfrica has a gold exploration license.

Next: An Overview of Basic Gold Separation Methods