In the 1880’s, the opening of the new Norfolk and Western Railway sparked the beginning of new communities that transformed the region from agricultural into industrial boom towns.

Lured by good wages and cheaper housing, people from as far away as Europe settled in West Virginia. However, in the end, neither the richest coal veins or the most successful railroad transports saved these West Virginia ghost towns from annihilation. 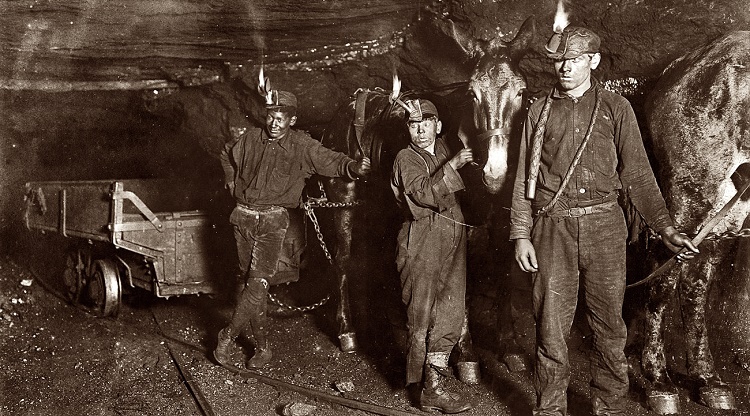 Coal mining was the lifeblood of West Virginia.

By all accounts, Fire Creek fit right in with the rest of the successful New River District coal mining towns in the 1800’s. It was among the earliest coal operations in the area; its own coal and coke company was incorporated in 1877. Unfortunately, the town was cursed with bad fortune more than once.

On March 6, 1900, an explosion at the Red Ash Mine killed 46 boys and men. Most suffocated from inhaling carbon monoxide while buried in the debris. The cause of this disaster was reported to be from the miners’ coal lights igniting blaster powder kegs and methane.

The second awful calamity occurred March 28, 1905, when a mine car accidentally ran over loose explosives. A total of 24 miners and workers met their death in Fire Creek on that day.

Nattallburg was the site of a successful coal mining complex developed by John Nuttall, an entrepreneur born in England. By the early turn of the century, the town continued to thrive and employ hundreds of people. When Nuttall died in 1897, his heirs continued his ventures, which also included mines in western Pennsylvania.

In the 1920’s, the mines in the town were leased to automobile magnet Henry Ford to provide the coal for his steel mills in Dearborn, Michigan. Ford sold the Nuttall mine in 1928 when it became too difficult to transport coal to Michigan due to railroad regulations.

It’s glory days notwithstanding, now Nattallburg has become one among many West Virginia ghost towns to die a slow death. The National Park Service now owns the town, which consists of the remains of 40 of the 80 coke ovens. 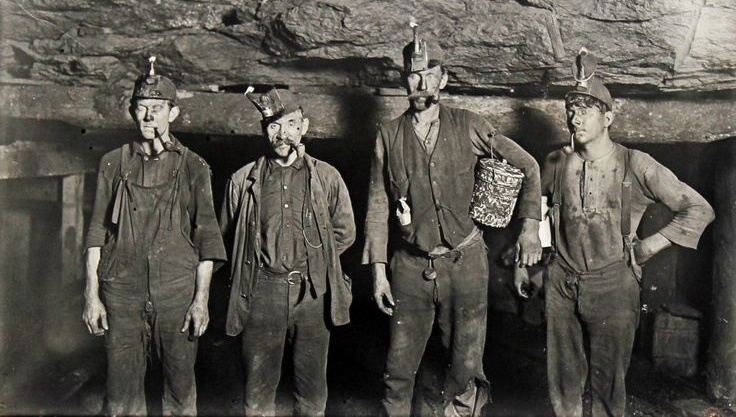 The tiny town of Thurmond is less than one square mile along the New River Gorge. The town was incorporated in 1900 and named after a Confederate captain named William Thurmond. Thurmond bought 70 acres of land in the area for 20 dollars.

The town’s accessibility by rail made it a mecca for coal mining in the early 1920’s. Though tiny, Thurmond generated $5 million in revenue for the Chesapeake and Ohio Railroad. Over 100,000 people passed through its depot. The town’s hot party spot, The Dunglen Hotel, was said to have hosted a poker game that lasted 14 years. Mysteriously, the hotel was destroyed by arson in 1930.

The Great Depression, and the invention of the diesel locomotive were what led to the death of Thurmond as businesses shut down one by one over the following years. Strangely, many of the abandoned structures in Thurmond stand today. The depot is still used by Amtrak; it is also used for the New River National Gorge visitor center.

Thurmond has not “given up the ghost” entirely yet. Today, the 5-person population stubbornly refuses to leave the town in the hands of the National Park Service.

Nothing is left of Pickshin except documentation of it existence as a coal mining town near Sophia, WV. From 1917 to 1927, records show that over 785,000 tons of coal were mined in Pickshin. The coal was transported to market via a railroad operated by the Chesapeake and Ohio Railway. There are reports that the Pickshin cemetery remains on the empty site today.

Local tradition has it that Sewell was a crossing point of New River over which Native American Tribes used before European settlers arrived. It was named after Steven Sewell, who was a pioneer settler. Swell was home to an extremely impressive coking operation that rendered coal into a more pure, hot burning form. There were 193 coke ovens operational in the town from the late 19th to the mid-20th century.

Mann’s Creek Railroad ran through Sewell from 1886 to 1955. There are no signs of life in Sewell currently. The stone walls of coke ovens stand sentry with mining and railroad ruins as legacies of a once prosperous town. Hikers and white water rafters can view the remains of Sewell today.

Located along the Greenbrier River, Brink was settled as a farming community right after the Civil War. It was named after founder Brinkley M. Snodgrass, who was the town’s first postmaster. Two of Snodgrass’ brothers owned farms in adjoining towns.

The town of Brink appeared on the United States Geological Survey (USGS) as late as the year 1923. However, there is not much explanation for its mysterious death. The once farming town is now a ghost town with only an abandoned house left behind.

Some say that West Virginia had the highest death rate than all other states because of the number of deadly mining accidents. Although these terrible catastrophes did put an end to some towns, there are many other causes of death for Virginia ghost towns, making it an interesting place to explore the history behind communities that were lost forever.