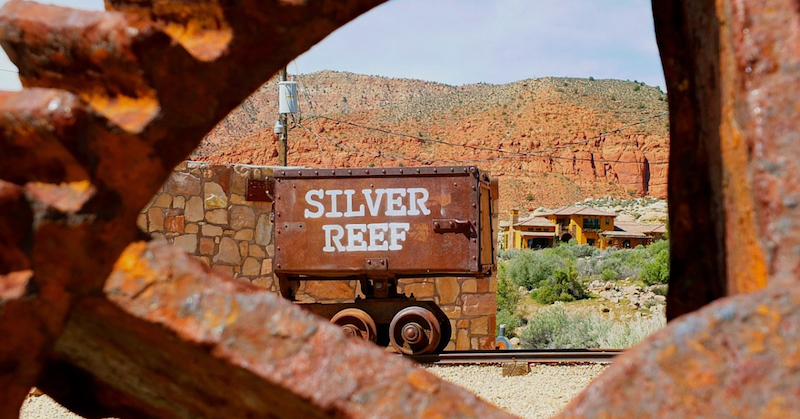 It is always amazing to learn about how stories of mineral discoveries could spread during the old days, leading to the shifting of people from different locations to form new towns altogether.

Silver Reef is located in Southern Utah and is now a long forgotten ghost town. It is about 25 miles northeast of St. George next to Highway 15.

The town of Silver Reef was born in 1866 after a prospector from Nevada named John Kemple discovered a vein of silver in a sandstone, to the amusement and disbelief of many. At the time, it was unheard of to find a silver lode within sandstone and few believed his stories.

Later, the news reached the Walker brothers in 1875, who later sent a man called William Barbee from the City of Salt Lake to stake mining claims in the area.

From the moment the mining claims were staked, several other miners arrived to work the claims secured by Barbee, as well as pursued their own prospecting endeavors in the area. Because of the quick increase in the population of miners in the area, the towns of Bonanza City was born.

Life was expensive in Bonanza City, and as a result several miners established their own settlement set up on a nearby ridge and called it “Rockpile”. After some time, the place was renamed Silver Reef.

Also Read: 4 Rivers in Utah Where You Can Go Panning for Gold

Businessmen saw potential in this area, and soon there were many developments such as a Well Fargo office, the Rice Building, 9 grocery stores, 6 saloons and the Cosmopolitan Restaurant.

Like so many mining towns in the West, the Chinese also took part in the mining activities at Silver Reef. Many of them moved into the area and established their own Chinatown.

By 1879 there was an estimated population of 2000 miners and businessmen in Silver Reef. Unfortunately in this year there was a fire outbreak, which swept through various business entities destroying goods worth many thousands of dollars. The settlers managed to have them reconstructed, spurred by the potential of the silver mines in the nearby hills.

Other challenges such as the difficulties in pumping water out of the mines and low wages for miners necessitated the closure of the mines. 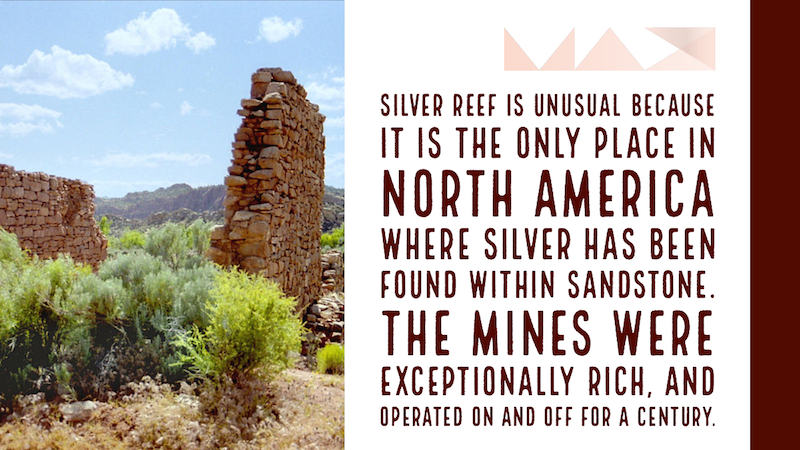 Silver Reef Gets a Second Breath

Eventually, life in Silver Reef begun to take shape once again after receiving a facelift under the supervision of Alex Colbath. The man came with new ideas and revamped the mines into Silver Reef Consolidated Mining Company.

Later another company called American Smelting and Refining Company bought the mines in Silver Reef in 1928, but could not maximise the operations of the mines due to the Great Depression.

As a result of the challenges of the Great Depression, the American Company could not operate any longer. Cost to operate the mines were simply too high to continue production.

The Western Gold and Uranium Corporation bought the mines of Silver Reef in 1948, and commenced mining operations in 1951. Just like the previous mining companies, the Western Gold and Uranium Corporation could also not continue with the works for longer periods of time. The mines were bought and sold by various companies throughout the remainder of the century, but limited mining activity has taken place.

The Living History of Silver Reef

Silver Reef has a rich history in silver mining that is unique to Southern Utah. The mining activities undertaken in the past have left great memories behind, which are very useful today in helping today’s generation to appreciate where the town has come from and where it is now.

Today the town of Silver Reef is very much accessible to people for various recreational undertakings. For instance, the town is home to a museum that people can visit to learn about the life led by the early settlers.