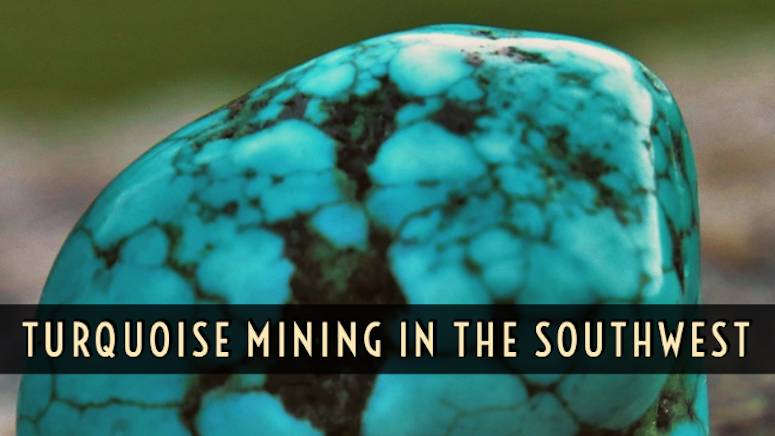 It is the beauty of nature that it turns simple things into the most beautiful and precious bits and pieces. How very pleasant to see simple, earthy materials turn into shiny gemstones with the path of time. This is the course of nature. An object which seems worthless takes the shape of the most precious gem over time.

But let’s stick to the objects that become precious on this earth. Layering, fossil formation, alloying, and chemical changes in earth keep creating beautiful gems. One of such beautiful creations of this mother earth is turquoise.

Turquoise is a mineral which is formed from copper and aluminum. It is an opaque mineral formed from the hydration of the phosphates of these metals. Turquoise is considered a semi-precious to precious gemstone and is found quite rarely in relatively select areas throughout the world.

It has a beautiful blue-green opaque color with amazingly beautiful hues and color grading. Turquoise has a hardness scale 6, which is only slightly more than glass. It is mildly lustrous, which can be compared to waxy or vitreous appearance. The blue color comes from copper, and the green comes from aluminum with impurities of iron.

Turquoise from the Pages of History

Turquoise is an age-old gemstone. It was discovered long ago and was known with different names in different races and civilizations. Some of the great dynasties in the history of this world used turquoise as an ornamental stone in their swords and other weapons. From the ancient Egyptian empire, the mineral has used a sign of prosperity. Egyptians garlanded turquoise, and so did the Aztecs. Persia, Indus Valley, China and people from Mesopotamia adorned this stone.

The stone got its current name because it was introduced in Europe from Turkey along with other novelties. In those times, it was not considered as an important mineral or an ornamental stone until the 14th century.

Indians and Japanese were probably the last ones to be introduced to the gemstone. The Mughal Empire brought a lot of cultural items from the West, and turquoise was one of them. Some of these ancient civilizations believed that turquoise had healing powers against diseases. The color of stone has always been attributed to wealth and protection against harmful forces of nature.

In Muslim civilizations like Persia, the stone was used as a decorative in the construction of mosques, shrines and other holy buildings. The turquoise tiles were engraved with Arabic and Persian poetry. These tiles were then used in the buildings. 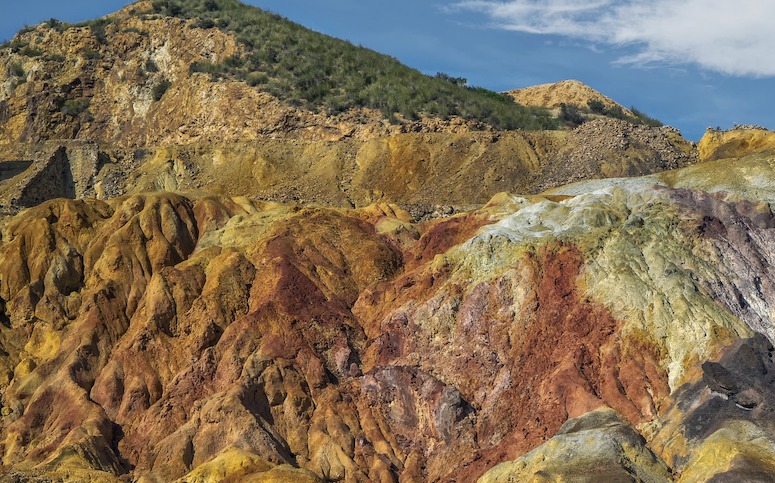 Turquoise in the Southwest

The deserts of the Southwest are particularly famous for abundant reserves of turquoise. Native Americans used to wear turquoise as an ornamental stone. They also found this stone as a sign of luck and prophylaxis against many diseases.

Regions like Arizona, Colorado, California, Nevada, and New Mexico are exclusively famous for the turquoise in their lands. Regions of California and Mexico had been mined for turquoise for ages. The early 20th century was the peak time for mining in these regions.

Arizona is probably considered as the richest state in the West for its reserves of turquoise. One can find several turquoise mines in the region of Arizona where the world’s best quality mineral is found. The bluish hue of the turquoise found in some Arizona mines is the highest quality and has the most value in the market.

There are a handful of active mines currently producing quality turquoise for the collector and jewelry market. The Sleeping beauty mines whose turquoise was untreated got a sudden rise in price after the closure of a mine. Kingman mine is still functional and produces the world’s best quality turquoise. Castle Dome mine, Ithaca Peak, Blue Bird mine and some other mines are working, but not on the level as the Kingman mine.

The Bisbee area is a breathtakingly beautiful place where turquoise can still be found. The Lavender Pit produces a unique blue color of turquoise different than anywhere else. Though most of the mining has been stopped in the region, there are small quantities to be found even today.

Nevada is believed to have more than one hundred mines exclusively for turquoise. Most of the turquoise mined from Nevada is untreated and is of high quality. The northern part of Elko County has the most deposits, but there are scattered deposits throughout the state. Turquoise found here is available in a wide range of colors like blue-green to green and green-yellow.

Currently, a mine in Apache Canyon is thought to be the only active mine left in California for the remaining deposits of turquoise. Most known deposits are scattered throughout San Bernardino, Inyo, and Imperial counties.

Occassionally people find pieces of turquoise far from any known deposit. This happens all over the West, and there are two theories for how it got there. First, it is possible that pieces of “float” have shed from a vein that is now completely eroded away. A second theory, one that is certainly a possibility, is that a Native American was carrying the piece at one time and simply dropped it. Considering the gem has been prized for its beauty, this theory is not far-fetched.

Next: 22 Rockhounding Sites in Southern California