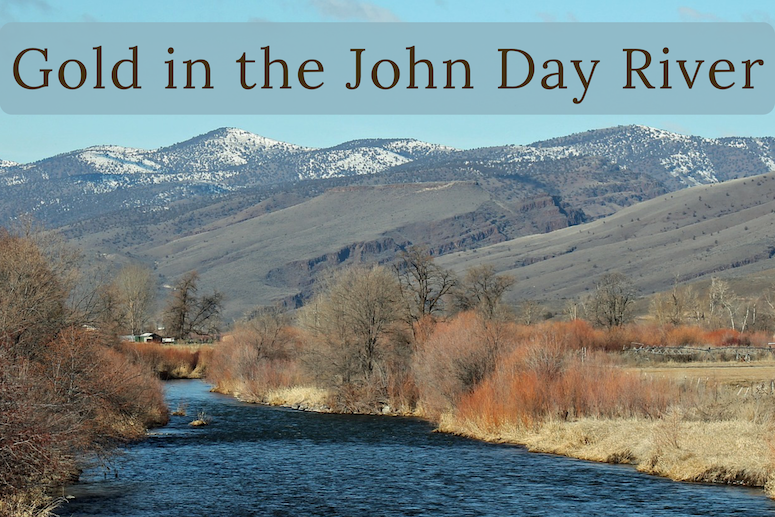 The scenic and stunningly beautiful state of Oregon is one of the favorite destinations for gold prospectors. The state is blessed with numerous rivers, countless creeks, and several mountains that carry a considerable amount of gold deposits.

For hundreds of years, people in search of wealth have found their wishes fulfilled in Oregon. Even after satisfying the needs of hundreds and thousands of people, there is still gold for the taking.

The east and southern parts of Oregon are the major gold-bearing areas. One of the notable places were miners and prospectors have benefited immensely in the past is the John Day River.

The John Day River and Its Tributaries

During the initial years when gold was discovered along the John Day River, people who came for gold used simple and traditional methods of gold extraction. Later, hydraulic methods were used, and then, dredging became popular in many sections of the river. 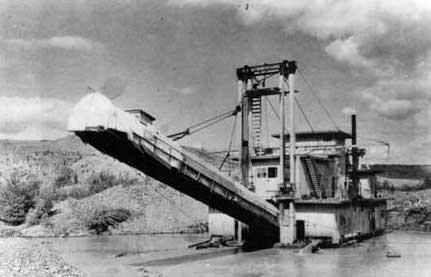 Several bucket dredges worked the gravels of the John Day River. Rich gold was present from Mount Vernon, John Day, up to Prairie City. Additional dredging was done on the Middle Fork at Bates and up toward Galena.

Gold deposits in the main river and its tributaries led to the creation of many famous mining towns such as Canyon City, Dixie, Susanville, and Greenhorn.

The richest gold deposits in Oregon were found at Canyon City. We’ll learn more about the Canyon City and Canyon Creek that flows through the city and joins the John Day River in the following section. That said it needs to be mentioned that a yard of gravel in gold-rich Canyon City was worth $500 at a time when the rate of gold was only $19 per ounce.

Perhaps the second most famous gold-bearing place would be Buck Gulch, a tributary to the Middle Fork John Day River. Not necessarily for its total gold production, but rather because it was the discovery site of the 80-ounce Armstrong gold nugget found in Galena.

The Armstrong Nugget found in Eastern Oregon. A placer miner discovered this huge nugget in a tributary to the Middle Fork John Day River back in 1913.

Canyon City became famous for gold due to the rich deposits at Canyon Creek. It passes through the city and drains into the main river at John Day.

The creek is surrounded by the Blue Mountains, where large gold deposits were first discovered by the miners. Within the next 12 months, gold discoveries were made throughout the region, including the Canyon Creek and Canyon City.

Apart from the traditional methods, bucked line dredging was also used to extract gold from the lower-end section of the creek. 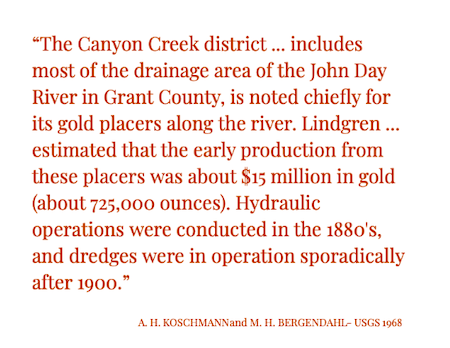 The placer gold deposits found in the creek come from the Little Canyon Mountain. In the mountain, miners found lode gold. Later, numerous lode mines were established in the mountain.

Canyon City is also where miners found numerous gold nuggets. Some of them were quite big. Sadly, the exact size and weight of big gold nuggets found in the Canyon City will remain a mystery, because of poor record-keeping in those days.

The John Day River was once rich in placer gold. Although the entire stretch of the river was famous for its placer gold deposits, certain sections, such as the valley that runs through the John Day town and Prairie City contained large reserves. For a long time, the valley was extensively mined using bucket line dredges.

Much of the areas that were dredged have been leveled and converted into farmland and pastures. But, people driving through the area could still see some of the large tailing piles. 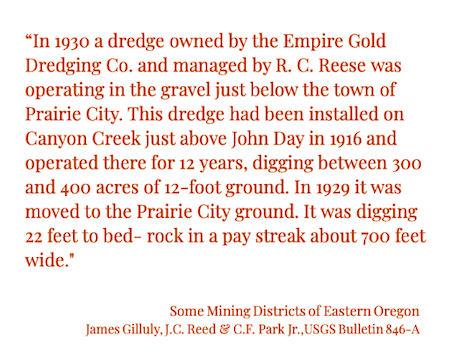 The gold extraction methods used during the dredging operations in those days were crude and inefficient. The tailing piles could still contain a considerable amount of placer gold.

Not too far from Canyon City, Marysville is a historic site where the Golden West Mine, Great Northern Mine, and innumerable prospecting sites are located.

Prospecting in the John Day River

Plenty of gold is still waiting to be found along the John Day River, its tributaries, and from mining towns near the river. Prospectors can begin at Canyon City, which was once a famous mining town that produced thousands of ounces of gold. 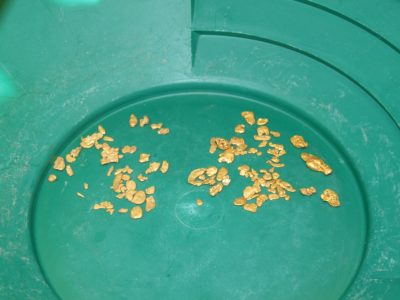 Access is a challenge on the river itself, as most of the ground adjacent to the river is private pasture land. Many of the historic digging sites are now farmland, roads, and buildings. But there are still many areas where you can search for gold.

There are still a few private mining operations on near Canyon City. On my last visit to the area, there were private claim markers along Canyon Creek. One had contact information about obtaining access for prospecting… might be worth looking into if you are in the area.

Prospectors can extract the yellow metal from old tailing piles. Many of these piles have been leveled out and aren’t easy to spot in the John Day valley anymore. Research to locate the old workings might be necessary, and permission will be needed to get on private land.

Bear in mind that the piles will most probably contain iron and other scrap metals. Metal detectors can be a challenge, but they are a good way to find large specimen gold. Just prepare to do a lot of digging.

Canyon City and John Day are not really mining towns anymore. The people living in these cities now focus on farming and other occupations. Only a few minor operations still take place here. Casual prospecting surely still takes place, but it’s not the booming industry that it was centuries ago.

Do All Rivers Contain Gold?