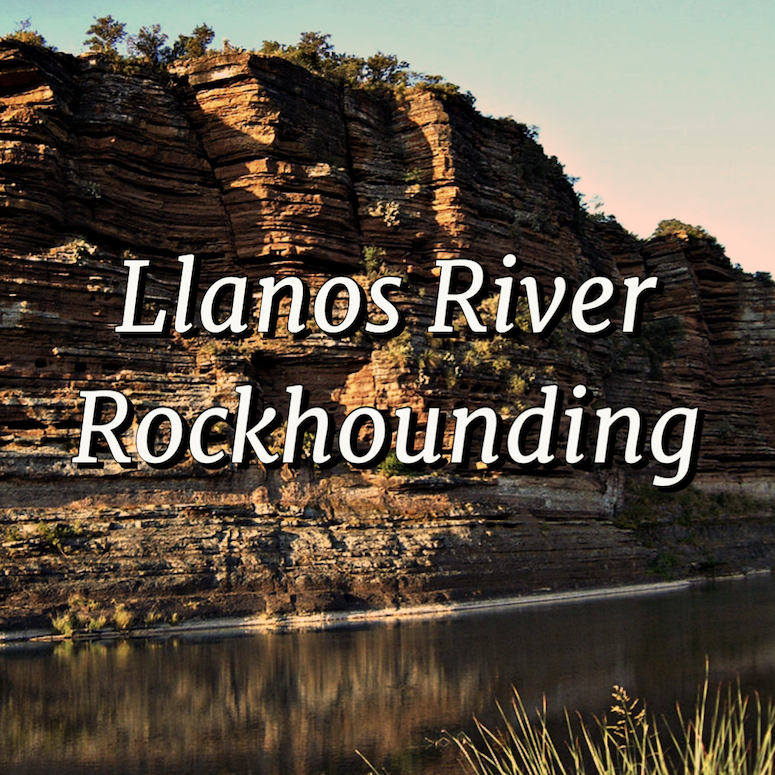 The Llano River, located in Llano County Texas, takes its name from llano, the Spanish word for “flat” or “smooth”. However, the county isn’t the only thing that shares its name. Llanite, a rare type of brown rhyolite porphyry, is named after Llano because it’s the only place in the world where this mineral can be found.

Similar to granite, llanite is quite durable with a crushing strength of 37,800 lbs per square inch. These dark gray and brown rocks contain distinct phenocrysts of blue quartz and light gray feldspar. The distinctiveness of this mineral is a great example of why the Llano River is a rockhound’s paradise. Today we explore all the wonders that the Llano has to offer.

One of the reasons behind the many delightful rock specimens in Llano, Texas is due to its geological history. The Llano Uplift stands out from its surroundings, spanning 50 miles along Texas 29 from Burnet to Mason.

Dating as far back as the Precambrian era, the oldest rocks within this rough dome are about 1.5 billion years old, from a time when land animals were non-existent, and the only lifeforms were prehistoric creatures in the seas.

The time it took to form this ancient Uplift has resulted in superbly diverse geology, with the area boasting a total of 241 different specimens. The minerals commonly found here are amethyst, azurite, llanite, quartz, garnet and even traces of gold. 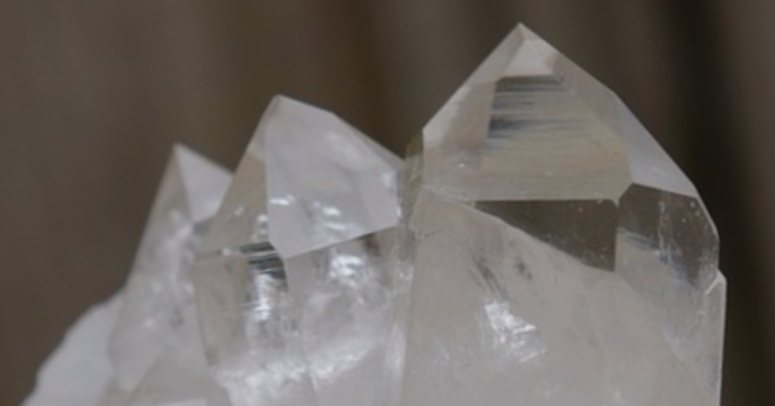 The unique and coveted Llanite can be found along a highway roadcut around 8 miles north of Llano on Texas 16, just outside Baby Head Cemetery (a terrifying name, to be sure!).

Be sure to bring a sledgehammer, chisels and safety glasses if you’re after the larger chunks since this is a fairly strong rock. For those interested, the world’s largest recorded piece of this specimen is on display at the historic Badu House in the city. The Badu House was owned by mineralogist N.J. Badu who settled in Llano specifically due to his interest in Llanite. 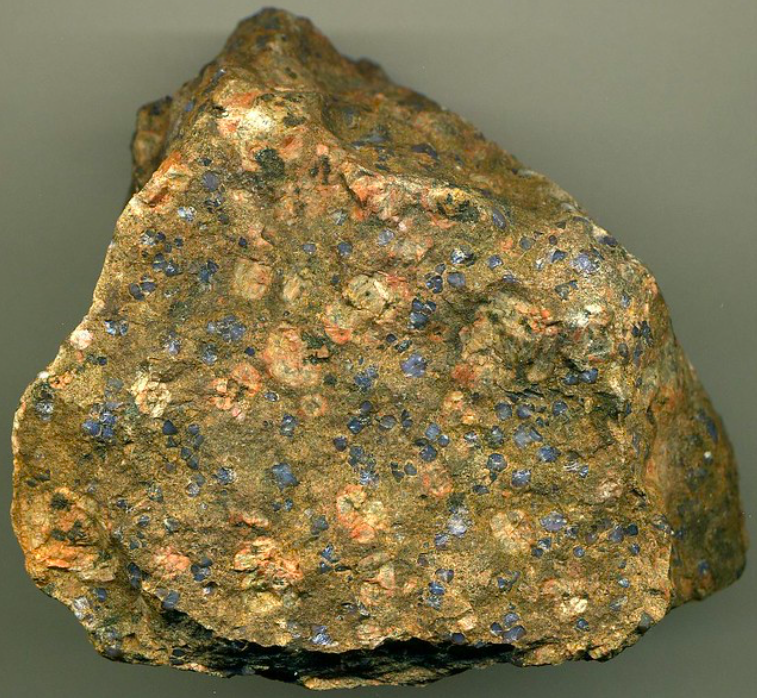 The city has a thriving mineral and rockhounding community and will surely serve eager visitors in the area. The well-known establishment Enchanted Rocks & Jewelry is easy to find and managed by Rowell and Patty Felt, who are excellent resources for newcomers interested in geology and mineralogy.

The Llanos River is also a place where a person can actually find gold. This is a rarity for Texas, as most of the state is devoid of gold and most other precious metals. Prospectors can actually pan the gravels of the river and recover tiny bits of real, genuine placer gold.

If you are interested in where to find gold on the Llanos River, we’ve written more about it here. 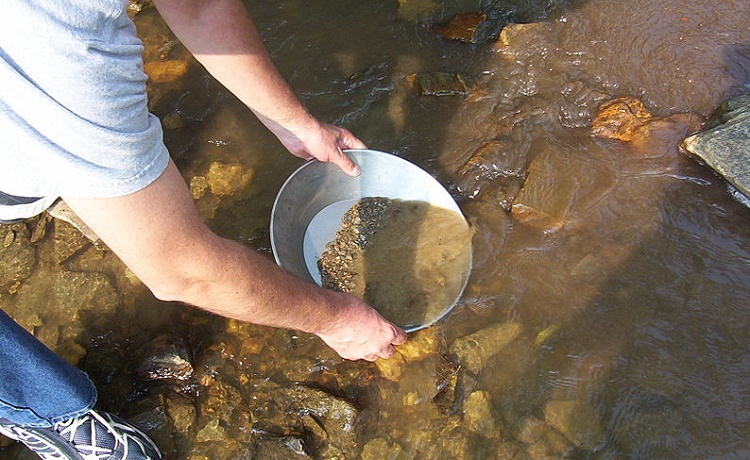 The Llanos River and its surrounding grounds for the best treasure hunt. The waters carry down a multitude of rocks and it’s rather common to see camps of rock collectors with their buckets and tools by its banks.

The public access point to the Llano River can be found near the intersection of East Sandstone and Ash streets. Schist, gneiss, topaz and mica can also be found here alongside the rocks mentioned earlier. The Llano river is also one of the cleanest in Texas, making for a pleasant afternoon of rockhounding alongside it.

Apart from rock collectors, locals enjoy heading out to the river for a swim or for stacking and sculpting rocks. There are even events and festivals for rock stacking and “Earth Art” in the various parks with river access like Grenwelge Park.

Another popular watering hole in Llano County is called “The Kingsland Slab”, along FM 3404 roughly 2 miles west of RR 1431. The pink granite outcropping beneath the Llano river resulted in a flat, shallow area rife with wading holes and miniature pools. Rockhounds are likely to encounter swimmers and fisherman having their own adventure at the Slab’s stretch of the Llano.

If you’re a newly minted rock enthusiast, there are also clubs for more experienced hunters like the Fredericksburg Rockhounds Club. Joining a community in the area can help you learn new techniques, share wonderful finds and even swap specimens.

Certainly, the Llano River has a great deal to offer its visitors. Whether it’s a breezy outdoor adventure, splashing through the waters on a warm spring day, or hunting your way through pebbles and rocks, there’s something for everyone. The richness of the Llano River just goes to show that old really is gold.