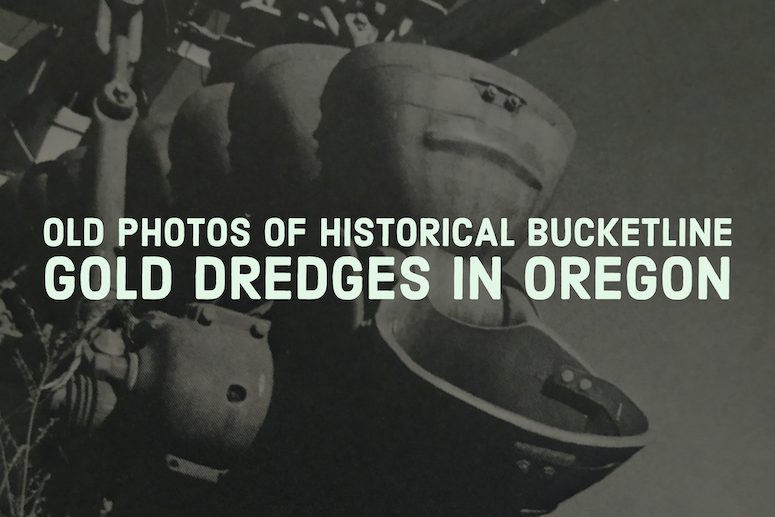 The arrival of bucket-line dredging brought a spike in gold production throughout the Oregon goldfields. The first use of these massive machines often began in the late 1800s, but they were used well into the 20th century.

The large volume of gravel that they were able to process allowed them to work ground that was of limited interest to the early miners that arrived in the 1860s. They were generally used in the same general areas that the early gold rushes occurred throughout Oregon, but their design allowed them to dig deep down into valley bottom and reach bedrock that was inaccessible or unfeasible to work by other means.

There were many old dredges that operated throughout Oregon. Here are a few historic images that we were able to find of some of these old mining operations. 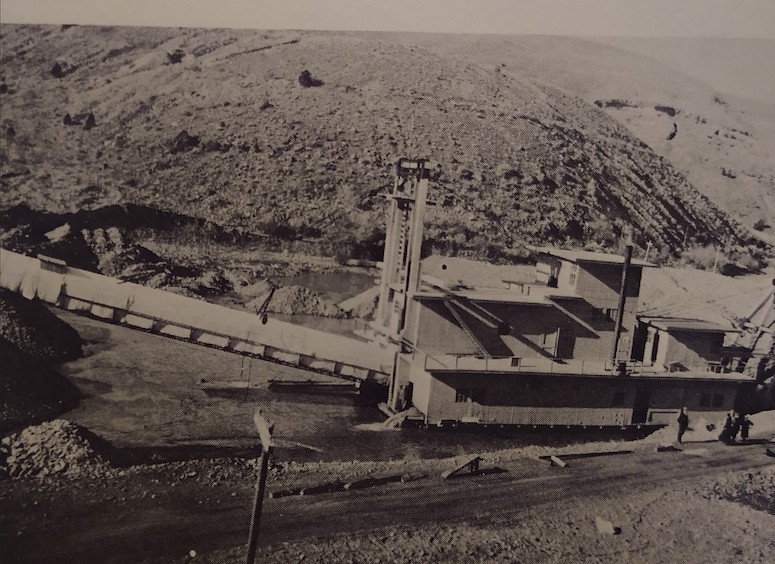 The Pomeroy Dredge operated on the John Day River just downstream of Canyon City. It could process 1,000-1,500 yards of gravel per day. 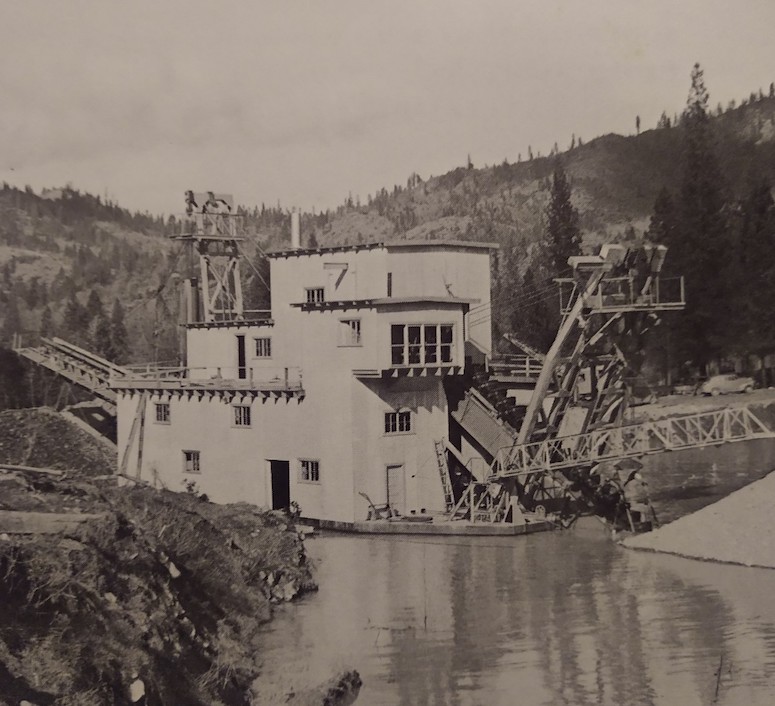 The Murphy-Murray dredge operated on Foots Creek near Gold Hill, Oregon. It had 67 iron buckets that could process 4,000 yards of gravel daily. 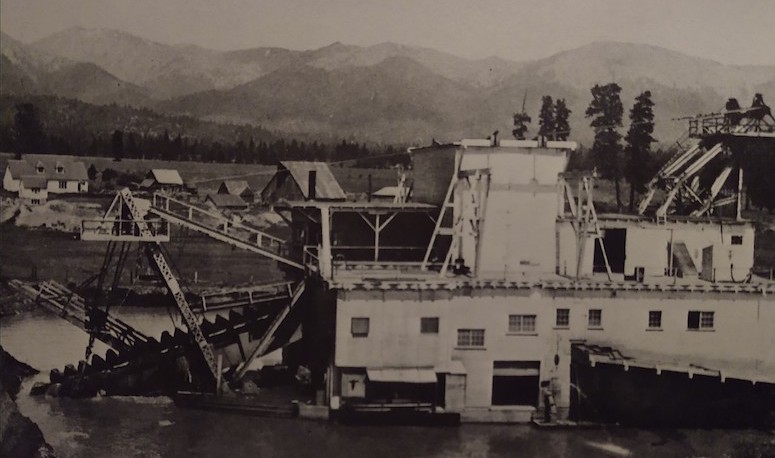 Several dredges churned up the Powder River Valley from Sumpter downstream for many miles. One of these dredges is still beautifully preserved and is open for public tours. 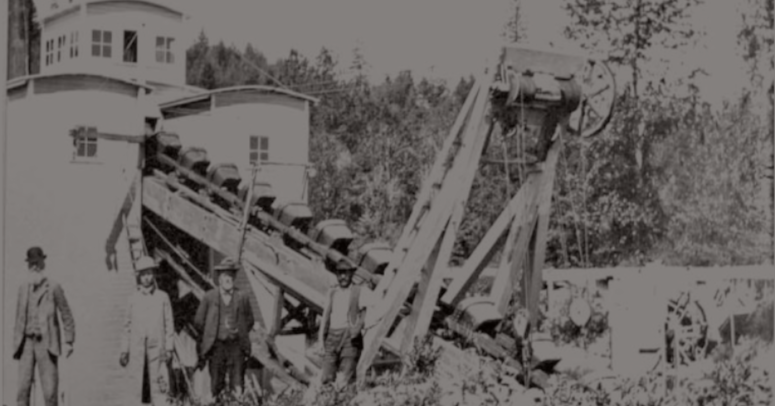 This dredge operated along the Illinois River at the base of Sailor’s Gulch near the town if Takilma.