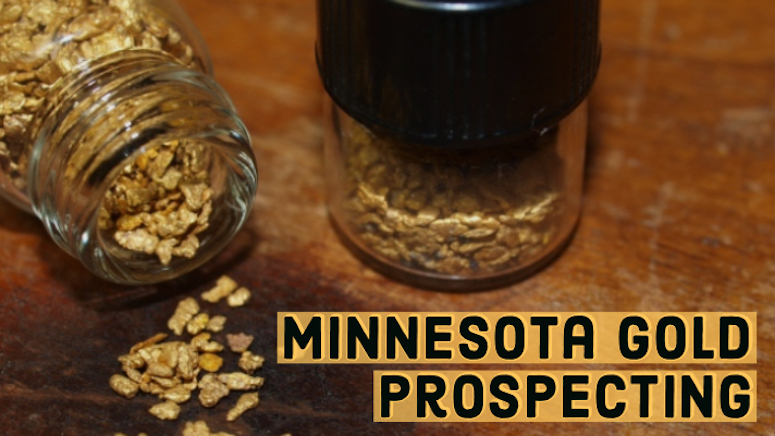 So you are wondering where Minnesota stands when it comes to gold exploration and the history of gold finds in the “Land of 10,000 Lakes”? It is one of the more interesting states in the Midwestern part of the country when it comes to gold prospecting, and it has some significant mining history compared to some of its neighboring states.

With all that water and favorable rock formations for finding gold, there are still good opportunities to find gold and other precious metals in Minnesota. There have been a handful of significant historical discoveries in areas that are still interesting to prospectors today. And some more recent discoveries by large mining companies are putting a new face on Minnesota as a major mineral producer.

History of Gold Finds in the State

Currently there is a massive discussion about mining in Minnesota. Although Minnesota will never be accused of being a premier gold rush state, it does have some history of a few decent-sized gold discoveries. Apart from gold, Minnesota also has a huge reserve of copper and nickel, especially in northern Minnesota.

The first placer gold discoveries in the state date all the way back to the 1800’s. These scattered amounts of placer gold are thought to be brought down from activity that took place during previous ice ages, when ores were ground up and transported south from rich gold regions in Canada. These placer sources have never been rich enough to attract much commercial interest, though prospectors today can successfully find small amounts of gold by panning and other methods. Despite the apparent lack of large gold deposits, there have been significant mining activities in Minnesota. One of the most well-known mines from the yesteryear is Little American Island in Rainy Lake which was founded in 1893.

As per Minnesota Department of Natural Resource(MDNR), they have discovered six major areas which has gold deposits. These sublimates are found in Bigfork, Cook, International Falls, Linden Grove, Vermilion, and Virginia Horn. Overall, there are almost 62 areas in Minnesota where gold can be expected.

The first short lived gold rush took place near Lake Vermilion in 1865 but quickly died out due to the hardship of extracting the gold profitably. Although some of these gold deposits were explored by commercial gold companies for a short time, it didn’t take too long to realize that the ores were not rich enough to be profitably mined, especially using the extraction methods that were available during that time. During the search for gold, a huge range of iron was discovered which was profitable enough. However, the environmentalists are not so happy about the thought of extracting gold or iron from this region, so progress is moving slowly.

The precious metal which is to be extracted from the rock consists of high amount of sulfide. To extract the metal from the rock, it is to crushed and the gold particle is allowed to sink in the water. There is also a different procedure to pull out precious silver and gold from the waste rock by using cyanide.

Another find took place near the Canadian border in the area of Rainy Lake near what is now known as International Falls (Known for being one of the coldest places in America throughout the year). The Rainy Lake find, which took place in 1894, again died out because of the difficulty of making a profit when trying to extract the gold from the ore it was contained in.

The New Gold mine declares to have found a new mineable resource of about 4 million ounces of gold – which can be worth $ 4.7 million.

Until now gold production in Minnesota has always taken a back seat to the huge iron ore production that the state is known for. 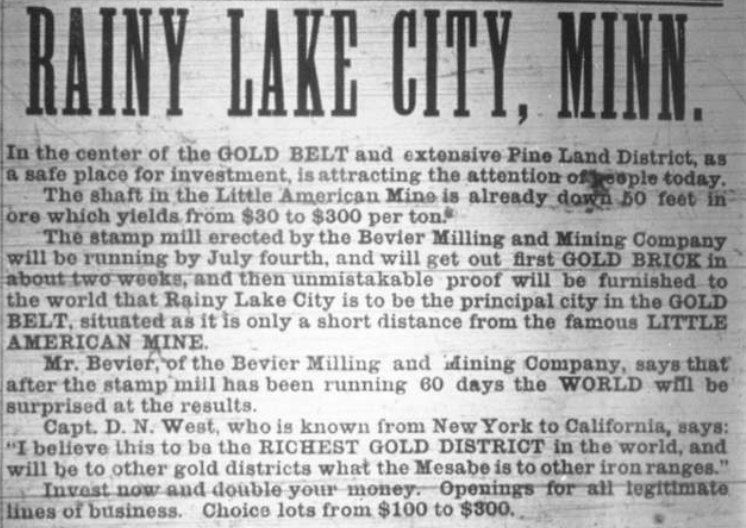 An early advertisement hyping the Rainy Lake gold discovery. The description of the goldfields as perhaps the “RICHEST GOLD DISTRICT IN THE WORLD” were clearly exaggerated to attract the attention of potential investors. This was a common practice during the early gold rushes.

Geologists Believe there is Potential for Big Gold in Minnesota

Experts state they believe that the conditions are not favorable for finding large amounts of gold by panning in streams and rivers, but these same experts also agree that they believe there may be significant gold lodes in the bedrock of the state. So surprisingly, despite all of the lakes, streams and rivers in Minnesota; the consensus is that it is the state’s hard rock sources that hold the best possibility for significant gold. With the help of modern technology, development of these mineral deposits will be easier than ever.

Department of National Resources collected samples of soil near Soudan and Tower which truly indicates the prospective of gold in the bedrock. The sample holds a great number of tiny gold grains which are coarse in texture.

There are a few large gold exploration companies that have spent some big money doing some searching in the state too; that does not happen unless their geologists think the conditions are favorable for finding gold. 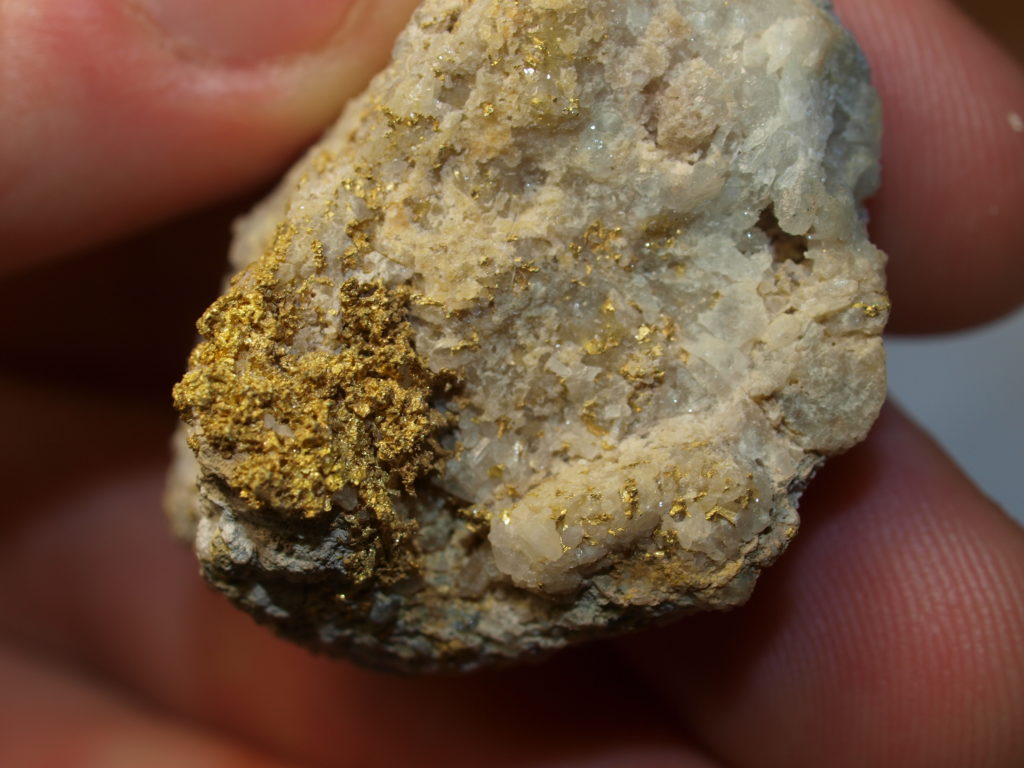 There may also be the potential for some good finds in the sand and gravel deposits in the state too. Even the state’s Department of Natural Resources has looked into the possibility of identifying sand and gravel deposits that may contain gold. While these are certainly not going to be as rich as many gold bearing areas throughout the Western United States, gold prospectors still enjoy searching for these placer sources of gold. Whether these places have profitable gold mining opportunities can only be ascertained by prospecting the area.

It will be interesting to see what happens in Minnesota in the future with all this talk about potential for finding big gold deposits in the state. So don’t be surprised if finding a big load of gold actually comes to fruition and a significant gold rush ends up taking place in the state, although this time it will be the multi-million dollar mining companies that benefit from the discoveries, as the extraction of these ores will take considerable resources to extract. 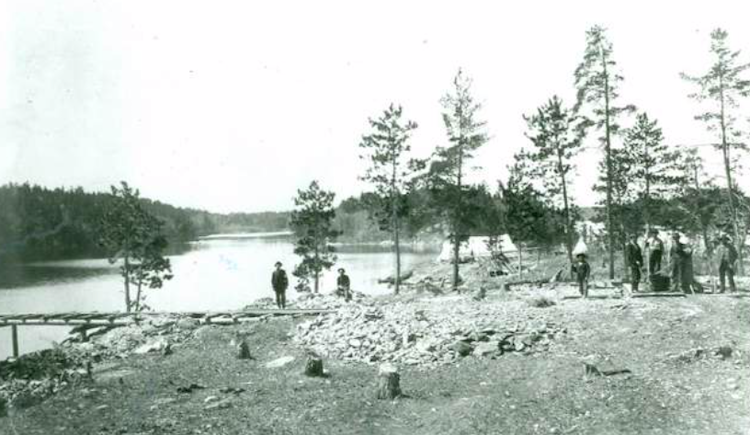