The Kern River originates in the southern extent of the Sierra Nevada Mountains. Of all the major gold producing rivers in the California Mother Lode, the Kern River is the farthest south. 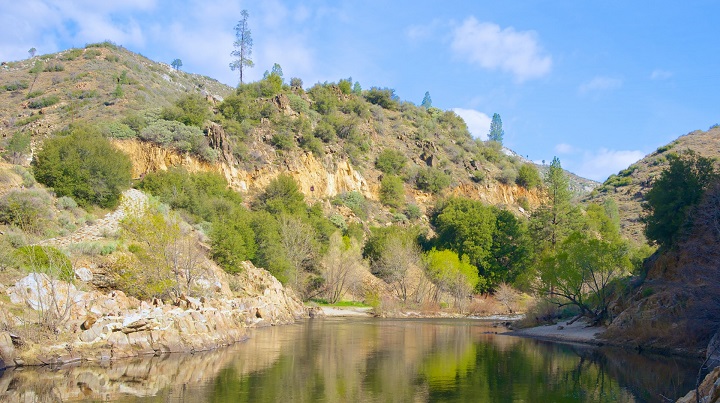 Gold was first discovered on the river 1851 at the mouth of Greenhorn Creek, but it was not until mid-1850s than the real gold rush on the river took form.

Most of the early gold rush activities in California were concentrated around the northern part of the Mother Lode and miners only moved south when the rivers in those parts began when the rich placers started to get mined out.

When the gold rush eventually peaked in the southern Sierras, the Kern River was swarmed with prospectors trying their luck in every creek and gulch in the area.

As a result of these activities a number of mining towns sprang up along the river.

When the surface placer gold from the river began to play out, hard rock mining and stamp mills also sprung up in several places along the river to extract gold from gold veins and their rich ore.

In 1864 the name was changed to Kernville in honor of Artist Edward Kern who together with Captain Joseph Walker had held an expedition to the area in 1843. At its peak the town had shops, entertainment joints, hotels and a post office that was moved from Keysville.

The town was submerged in 1953 when Isabella Reservoir was created. 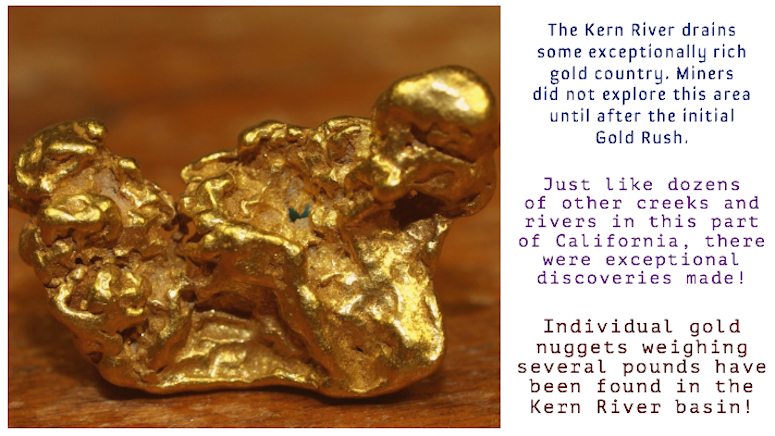 Keyesville is another important gold rush town on the Kern River. The town was established in 1852 when Richard Keys from Cherokee discovered gold on the river and set up a mining site at Keyesville. Soon Captain Maltbay also discovered gold at the nearby Mammoth Mine. This led to an explosion of miners on the river.

Quite a number of the incoming miners settled at the Keyesville mining camp resulting in the growth of a township. By 1857 the town had about 1000 men working in nearby gold mines. At its peak the town had a number of stores, hotels, breweries, saloons and blacksmith shops.

With the eventual decline of gold deposits the town also declined as miners moved to other areas.

Mining Along the Kern River Today

The Kern River is very a popular place for recreational gold mining. Although it is not considered to be as rich in gold compared to the rivers in the northern Sierra such as the Yuba River or American River, it offers you a great chance of finding some gold nonetheless. 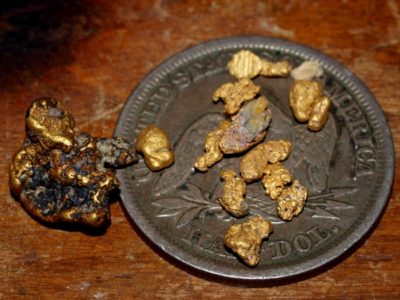 An excellent place to start with is the Keyesville Recreational Mining area. This is a 400-acre long stretch of land along the Kern River. This is an area open for public prospecting.

It is however important to note that there are certain restrictions you should consider (such as the current ban on suction dredging in California), a limit of the size of sluice boxes that you can use and a general restriction on the type of motorized mining equipment that you can use.

To get the latest information about prospecting at the Keyesville Recreation Area you should contact the Bakersfield Field office of the Bureau of Land Management.

With the end of the gold rush little mining was done at the creek for a very long time.

Today, the creek still produces some decent gold as a reward to diligent prospectors. However, the creek is still heavily claimed and you will probably have a hard time finding good access to the creek. Most prospectors in this area focus their time around the open areas at Keyesville.

Next: 3 Old Ghost Towns in California you Must Visit

Also Read: Mining in Death Valley and the Discovery of a Rich Desert