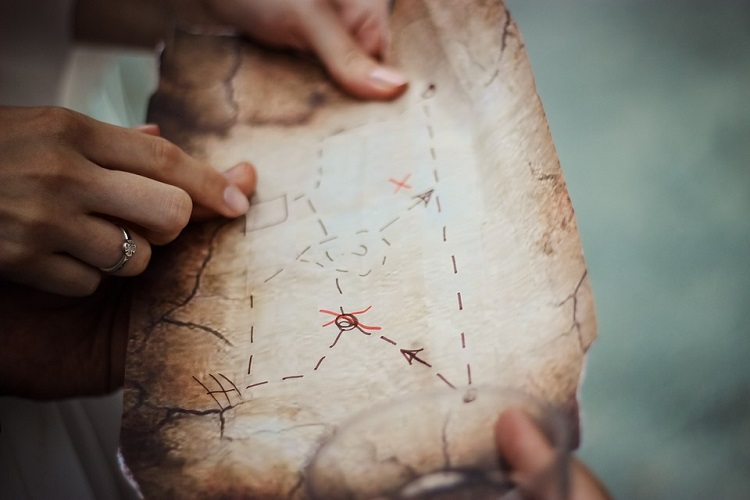 I find it kind of embarrassing how often I have heard something like this:

“All the good detecting spots have been hunted out.”

“I wish I was detecting back in the 80’s. That’s when all the good stuff got dug up.”

“I need a better metal detector. It doesn’t detect deep enough to find anything.”

Of course, most of this is complete nonsense. Yeah, I wish I was detecting back in the 70s and 80s too. The guys that were hunting back then found a lot of good stuff, since all those famous mining camps hadn’t really been hunted yet.

Here’s the thing though. The way I see it, for every well-known old town site or mining camp that there is out there, there are many, many more that have been mostly forgotten. Some were barely mentioned in the history books at all.

I sometimes prospect for gold near an old mining town in Oregon. I’ve found some decent gold there over the years.

What most people don’t know is that the original town site isn’t in the same place that it is today. The original town was about 3 miles away. When a new discovery of gold was made, people uprooted and reestablished to town where it sits now.

That old townsite doesn’t exist anymore. There isn’t a single structure there. It isn’t marked on any modern maps. Hardly anyone knows about it.

This is just one example of thousands of good metal detecting locations that you can find throughout the world that have probably never been hunted. The only reason I know about it is because of one thing; Research.

This one is simple enough. The internet has loads of great info. Of course, there is a lot of nonsense on the internet too, so take this information with a grain of salt.

I love libraries for research. There is so much good information to dig up, and librarians seem to love their job because I have always found them too be super helpful.

Tell them exactly what you are doing. Whether you are looking for a lost ghost town or hunting for a specific treasure, the more info you give them about what you need, the more they can help.

Old newspaper articles can give you so many good ideas, more than you could hunt in a lifetime. Remember, just about anywhere that people congregated is a good area to do some metal detecting, even if it’s not for a specific buried treasure.

Anything that discusses the history of an area might provide a lead for a lost treasure. The authors of most history books aren’t necessarily interested in buried treasure, so the information might be more reliable than some others.

Don’t pass up the chance to talk with an old-timer. People in their 80s and 90s lived through the Great Depression. They didn’t trust banks. My grandparents were like this, and they stashed cash all around their property. They had a different experience, and different mindset than most of us do today. They might lead you a potential treasure.

One treasure story I have to tell…

A friend of mine knew an old-timer that mined for gold in Northern California along the Klamath River. He sold some of the gold he found, but most of it he saved and kept under his mattress. Under his mattress!!!

My friend told me that he one saw the gold, and it was a collection of over 80 troy ounces!

That man has sense died, and well, there’s a lot more to the story, but I’ll leave that for another day. 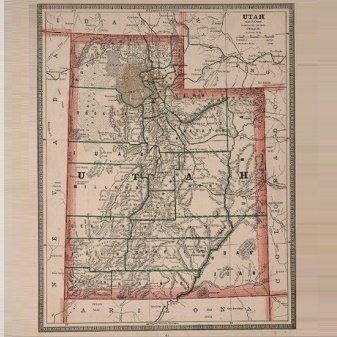 If you can get your hands on an old map from the 1800s, you will find it to be quite enlightening. The towns that you think would be on there won’t be, and there will likely be some towns marked that you’ve never heard of. These old towns can be great sites for metal detecting.

Sometimes museums can be great sources for information. Talk to the curator and tell them about your interest in early history. The stuff on display is often just a tiny fraction of the historical items that they actually have on-hand.

Sometimes archaeologists and museum curators can be “funny” when it comes to treasure hunting. It might be best to avoid the term, and keep the conversation more general. If they think you are going to go out and dig up something historically significant they might not be some willing to share their knowledge.

There are lots of good ghost town books out there on different states. These are more general, but they certainly provide you will some good information. Just be aware that there are likely many “towns” that are long gone. These are generally not included in these type of books because they don’t have standing structures and aren’t well-known.

Definitely take these with a “grain of salt.” Any map with an X marking the spot isn’t likely to lead you to any treasure. They are usually more of a novelty item to be hung on the wall. Still, they might include some general information that might be of some use.

There’s no harm with checking with your local Forest Service or Bureau of Land Management (BLM) office. They have old files that might provide some useful information. It will be most productive if you come to them with specific information relating to an area. Ask to see any files that contain historical information.

Read: Gold Prospecting in the USA – Where to FInd Gold in all 50 States

How I’ve had the most success…

At the beginning of this article I was poking a little fun of the “Negative Nancy” mindset that lots of treasure hunters have. I just don’t subscribe to that line of thinking.

They both usually have the same opportunities at success. It comes down to mindset.

Whether it’s a person looking for a silver coin in a park, a lost relic in an old mining camp, or a cache of gold coins buried in a cave, the result will be the same. The person with confidence will have success.