A random thought that I had today as I was reading one of the internet forums and someone was showing off their recent finds.

Don’t tell anyone about your gold finds until you are done prospecting that spot!

It reminds me of a story (actually a couple different stories) about someone who regretted sharing their finds. Oversharing on the internet cost them a good hunting spot, and they missed out on a lot of gold because of it.

Gold Does Strange Things to People

So its probably no surprise to you that gold can be worth some money. And money does funny things to people.

Money can bring out the worst in some people, but there’s just something about gold in particular that people that does something to people…

I think a big part of it is jealousy. Finding gold is hard work, and usually the people that work the hardest at prospecting are going to find the most gold. It’s pretty rare that someone finds a gold nugget through “dumb luck.” Yeah, I suppose anyone can get lucky and find a nugget, but to consistently find gold takes years of knowledge and hard-earned skill.

Yet, I know for certain how some people react when they see the success of others, and it is jealousy.

Trying to Find Out Other Prospectors Patches

I can pretty much guarantee you something… if you post some big gold on one of the internet gold forums, there are going to be guys on there that will try to figure out where you are hunting.

Now maybe this isn’t a concern for everyone. If you are hunting a well-known, “hammered” area that everyone already knows about then maybe it isn’t a big concern for you. However, if you have found an unknown nugget patch and you are finding lots of gold, I would really, really encourage you not to tell a soul until you have thoroughly worked the area.

Now don’t get me wrong. I enjoy the gold forums and frequent them regularly. I make a few posts and I even share some gold pictures from time to time. I don’t mind doing it and I like to let others share in my success.

There are a lot of good guys on the forums and I enjoy seeing other peoples finds too. Seeing new gold discoveries is fun and gives everyone a little motivation to get out there and go hunt. 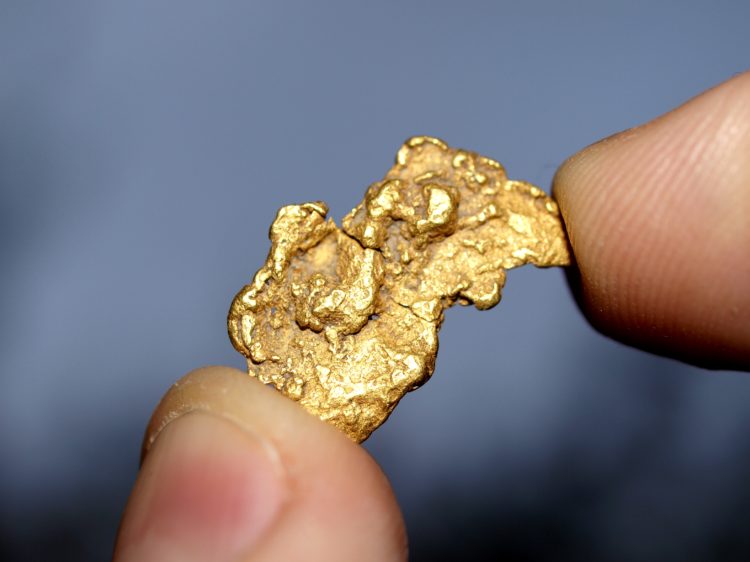 Keep those prospecting areas secret until your pretty sure that you’ve cleaned out most of the gold. Start talking about your finds too soon, and you may regret it.

I can think of someone who really regrets sharing their finds. This prospector was metal detecting a spot and finding some incredible gold nuggets. The spot they were working had clearly never been prospected in modern times, as there were large gold nuggets very close to the surface. Probably anyone with a metal detector could have found them.

He was periodically posting nuggets as he found them. Every couple days he was showing off a handful of freshly dug nuggets.

Other people on the forums had seen him in the field before. They knew what type of truck he drove. He was a known member of the local prospecting club.

One day, some other prospectors who I happen to know ran across his truck parked in the field. They figured out just where he was hunting. (I knew both of these prospectors, so I got both sides of the story, although the details told to me were slightly different).

Over the next few weeks, this guy would come hunt the same spot during the weekdays when the original finder wasn’t there. He hammered the area and found a lot of gold.

In fact, he found over a POUND of gold nuggets in a matter of weeks using his metal detector.

If the original finder had not shared his discoveries on a public forum, no one would have known he was finding so much gold, and he would have had it all to himself.

Instead, he basically “shared” his spot with someone else, and lost out on A LOT of gold because of it.

The Good, The Bad, and The Ugly

I personally wouldn’t do what this second guy did, but legally he had every right to. This nugget patch was on public land, unclaimed, and the gold there was free for the taking.

Read: You Don’t Need a Mining Claim to Find Gold

I suppose in hindsight the original finder could have put a claim on the area, but whether or not that would actually keep a high-grader from hunting the area isn’t known. In fact, doing this can actually call attention to an area. Most gold detectorists I know don’t ever file mining claims, and simply hunt their spots in silence and collect their nuggets.

This guy recognized the prospectors pickup while he was out in the field. I don’t honestly believe that he was trying to “track” the guys location. He just happened to stumble upon it.
Who’s to say that someone else wouldn’t though?

I would be willing to bet that there are unscrupulous people who might even wait outside a guys house and follow them out to the desert. Heck, in these days of technology, it wouldn’t be too hard to put a portable GPS tracker

on someone’s vehicle and figure out where they are prospecting.

It’s weird to think about, but there are shady characters out there who I wouldn’t put it past.

My Advice: Keep Quiet About Your Gold Finds! 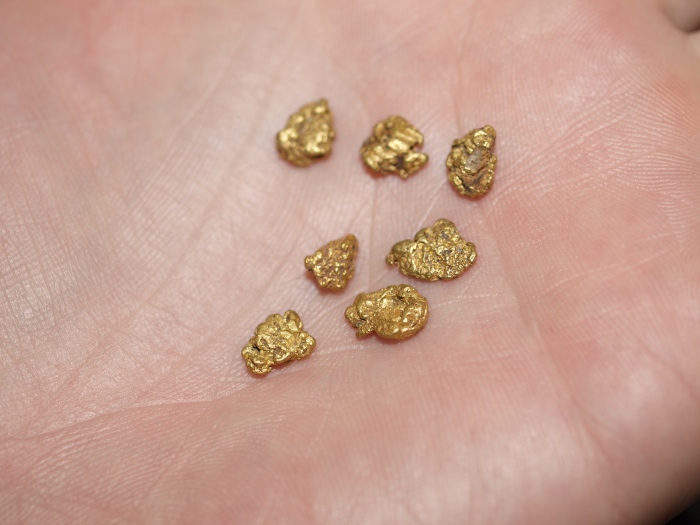 Next: How to Stake a Mining Claim on Federal Land in 8 Simple Steps