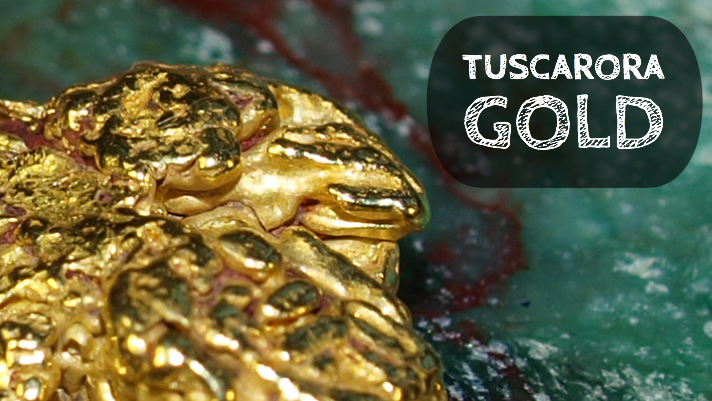 Tuscarora is a beautiful small town in Elko County. The town has a rich history that dates back to 1867 when gold was first discovered in the area. Although just a small town with a small population, Tuscarora was once a huge mining camp with several thousand men searching the hills for gold.

There is still some mining activity in this areas today, but nowhere near the activity seen during its heyday. Tuscarora still has lots of mineral beneath its land surface. This is big country and there is a lot of country to explore here. Many people use metal detectors to hunt for gold nuggets and specimens in this areas because the mines produced coarse gold.

In 1867 Steven Beard and his brother John were living in Austin when a trader told them that he had heard that there was gold in a creek to the north. The two brothers together with six other prospectors quickly organized a trip to Independence Valley where they panned the creek and found a few grains of gold.

Given that the winter was first approaching and the six were afraid of an Indian attack, they all returned to Austin to wait out the winter.

The following spring, the six together with 300 other new faces came back and began mining the creek. Since there had never been mining in the area, the pioneers quickly organized a mining district which they named Tuscarora. They also laid out claims for themselves.

They soon realized that placer mining was only possible during the spring using the available runoff water. Thereafter the water in the creek dried up and it was not possible to continue mining.

In 1869, when the Central Pacific Railroad was complete many of the Chinese workers were laid off. These Chinese found their way to the gold placers of Tuscarora. They were willing to work hard and for long hours than most of the early white miners, so many of the miners employed them in their claims at low wages.

To make mining more viable in the dry areas, many Chinese were contracted in 1870 to build two ditches to bring in water for placering. One long ditch was to be dug from the Six Mile Canyon while the other was to tap water from McCann Creek.

More Chinese kept streaming into the Tuscarora and by the 1870s there was a very large Chinese population in this thriving mining camp.

Miners continued to explore the area around the rich creek. In 1871, William O. Weed discovered a rich silver deposit about two miles north of the original Tuscarora camp (on the eastern slopes of Mount Blitzen). This was exciting news for the white miners who moved and established a mining camp at the current Tuscarora townsite. In the next few years, the miners increased their exploration activities in the area and in the process uncovered several other silver lodes.

The turning point of Tuscarora came in 1876 when the Grand Prize bonanza was found. This proved to be the richest vein in the area and it promoted several large mining firms to establish a base in Tuscarora. Over the next year, a lot of mining machines were brought in and hundreds of miners also moved to work in the mines.

By 1877, Tuscarora had become a booming mining town with close to 5000 people. The production had also more than doubled making Tuscarora one of the leading mining district in northern Nevada.

Read: Silver Ore – The Process that Transforms Ore into Bullion

A Mining Town to Rival All Others

Tuscarora grew rapidly over the following few years. At its peak, it had a post office, numerous restaurants and saloons, a number Catholic and Methodist churches, public schools, a private school, ballroom and ballet dancing academies, Independent Order of Good and Odd Fellow Templars and the lodges of the Masons.

The town even had two weekly newspapers; the Tuscarora Review and Times which later merged into one daily paper: the Tuscarora Times-Review daily.

At its peak, Tuscarora had over 10 silver mines and six mills that processed the ore. The leading mines in the area included the Grand Prize Mine, the Independence Mine, the Argenta Mine and the Navajo Mine among others. The most productive years were between 1878 and 1884, whereby silver bullion worth millions of dollars was mined annually.

The silver ore began to play out in the mid-1880s and by early 1890s when the silver price fell drastically many of the silver mines had closed down and most of the miners moved on. In 1907, several of the mines and claims including the Dexter miner were bought by a new mining company but the effort to revive the mining didn’t last long.

Over the years, different companies have made efforts to revive mining in the area but not much has come from those efforts.

Tuscarora did not completely die out. There is still a small community here with a handful of residents. The original mines and the foundations to the mills can still be found on the outskirts of the town, and there are lots of old mines and prospects scattered around the nearby hills.

Even though the major mining activity is long over, there is still gold and silver to be found. Some prospectors still enjoy looking for gold in this area. Of course miners today still have to deal with the challenges of limited water just like the old-timers did. Springtime is the best season for placer mining in the gold-bearing gulches. By summer, the water is usually gone and a metal detector is going to be your best bet.

Next: The Rich Mineral Discovery at Goldfield, Nevada