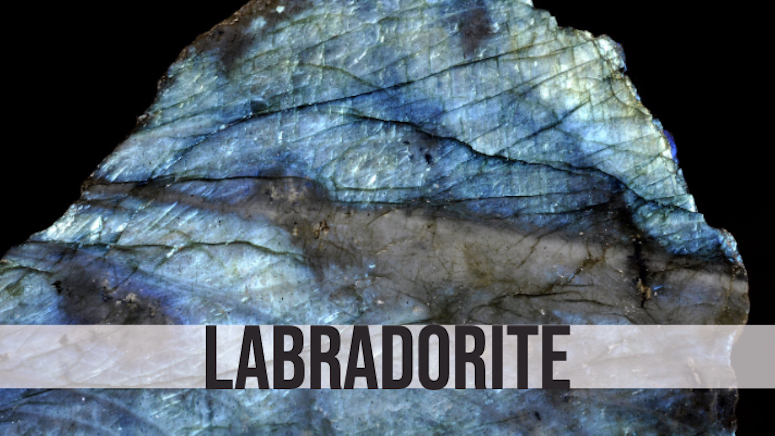 Labradorite is a mineral which was first discovered on Paul’s Island in Labrador, Northeast Canada. It has been known by Inuits native to this area for millennia, and more recently found by Moravian missionaries in the late 18th Century. Other deposits of the mineral have been found in Newfoundland, as well as Finland, Russia, Ukraine, and Madagascar.

The mineral is known for its amazingly beautiful colors and iridescent look. They generally has a gray-green, dark gray, black or grayish-white base while having streaks of peacock blue, copper, gold, and light green.

More rare forms of the mineral include the Golden Labradorite which is champagne-gold in color and Spectrolite which is labradorite of extremely brilliant and vivid colors found in Finland during the 1940s.

Pictures rarely do justice to this amazing mineral. You must hold in your hand to truly enjoy the beauty of labradorite.

How to Identify it?

Labradorite is a very distinct gem. Usually having a dark base color, what sets the stone apart from other semi-precious stones are the multicolor streaks inside. The minor fractures within the stone reflect light in a way that is bounced back at different wavelengths. This reflection at varying wavelengths is what brings out the varying colors in labradorite and give it the amazing iridescence it is known for. Unlike with most other mineral specimens, fractures are a good thing!

The hardness of the stone ranges from 6 to 6.5 on the Mohs scale and has two specific directions in which the cleavage of the stone runs. To identify labradorite from other similar looking gems various chemical test, X-rays, and gravity tests can be conducted. Most experienced collectors can visually identify them.

Due to its amazing look, the stone is believed to have magical properties and there some extraordinary legends that surround its origin.

Some ancient Inuit legends claim that the rocks along Canada’s northeast shoreline contained the Northern Lights. An Inuit warrior put a spear through the rocks to release the light but wasn’t successful in doing so entirely. It is, therefore, a thought that the iridescent colors within the rocks represent the light that remained trapped.

Others believe that the stone is actually frozen fire, which may be because of the brilliant copper and red tones that appear in the streaks of iridescence found in the stone.

Regardless of the legends, the gem is indeed an extraordinary sight which is why its origins have been associated with mystical legends. 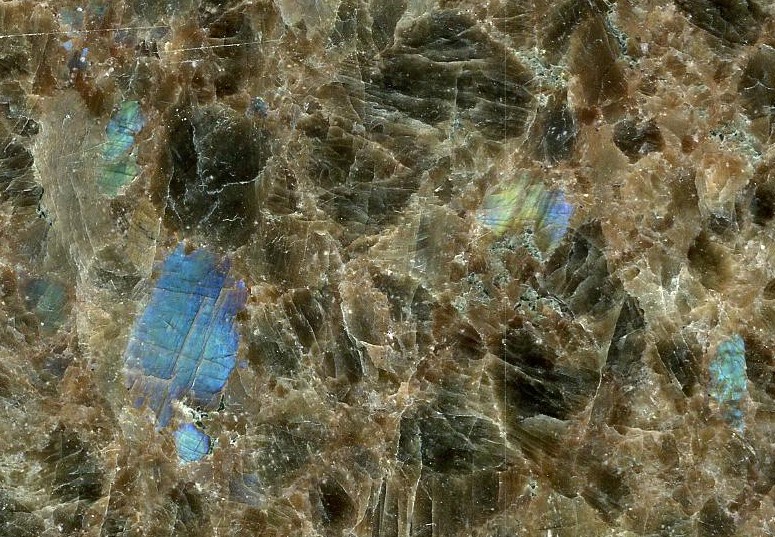 Due to its heavenly appearance and mythical origin stories, the gem is thought by many to have magical powers and healing properties. People keep the gem in order to relieve a number of ailments. Labradorite is believed to provide relief from pain. It is explicitly considered to strengthen lungs and combat respiratory illnesses, such as asthma and bronchitis.

The gem is thought to be good for the bones, and a lot of people with arthritis wear the gem to get some relief. It improves blood flow as well which is why it is believed to lower blood pressure. Overall the stone is said to have calming and soothing properties which make it a widely used stone to gain relief from several medical conditions.

Labradorite jewelry is quite common. The demand for jewelry is high as people consider the gem to have healing properties. It has a very different appearance than most other gems, and sets beautifully in a silver setting with a nice patina.

Labradorite is also used for decorative purposes. It is used in carvings and decorative pieces. Most rock shops carry some labradorite in some form or another. And while it is very popular it is also affordable for the average collector.

Labradorite found near the surface is mined using the open pit method where layers of rock are removed gradually to reveal the gem underneath. Large drills are used to detect the presence of the pathway of the gem before an excavator is used to pull out and expose the hidden labradorite.

The deeper deposits of labradorite are extracted using the more traditional deep mining approach. Deep vertical or horizontal trenches are dug to access the deposits and transport the gems onto the surface. Deep mining is much more dangerous and does involve the use of explosives to remove large pieces of rock and dig tunnels underground.

There is still a lot of labradorite being mined every year. It remains a highly collectible stone and is very popular with all levels of collector. If you go to the Quartzsite Gem Show or Tucson Gem Show you will see vendors selling thousands of pieces of labradorite carvings, cabochons and finished jewelry pieces.