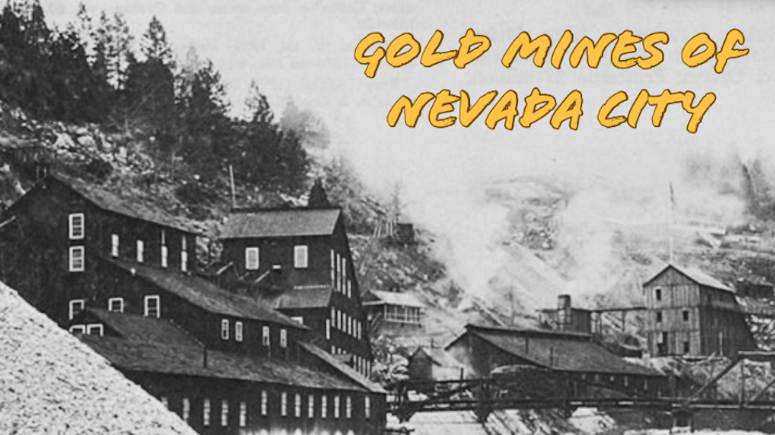 The Sierra Nevada Mountains were abuzz with miners following the discovery of gold at Sutter’s Mill. The exceptionally rich gold deposits found in the creeks and rivers around Sutter’s Mill and Coloma attracted thousands and thousands of men.

It wasn’t long until other exceptional gold strikes were made. One of the most important in all of California history would have to be the rich strikes at Nevada City (originally called the Deer Creek diggings). Just 40-some miles from that first discovery that brought so many adventurous men to California, the creeks were teeming with gold.

At its peak the population was over 10,000; a number that was only surpassed by San Francisco and Sacramento. This was a true mining boomtown.

Fortunes were made in Nevada City. As always, the “easy pickin’s” were recovered quite easily by placer miners who arrived in 1849. All that was required was a little shovel work, and to be one of the lucky ones to arrive early enough that there was open ground left to be claimed.

In just that first year, there were thousands of men working every drainage in this area. Gold could be found nearly everywhere in those days, but most of the better areas were between Nevada City and nearby Grass Valley. The sound of pick and shovel scraping their way down to bedrock could be heard ’round the clock, 24 hours a day.

These placers continued to pay well for many years, but the depth of the river channels and presence of elevated ancient river bars presented a unique challenge. One that was easily remedied with the use of hydraulic mining, a method first used in California at nearby American Hill. The monitors were running by 1852, and this was allowed gold production to drastically increase.

Several hydraulic operations were in place by the early 1850s at Buckeye Hill, Canada Hill and Hirschmann.

Perhaps the most exceptional site visible today that shows the power of the hydraulic mining process would be the Malakoff Diggings, located just a few miles northwest of Nevada City near the South Fork Yuba River. 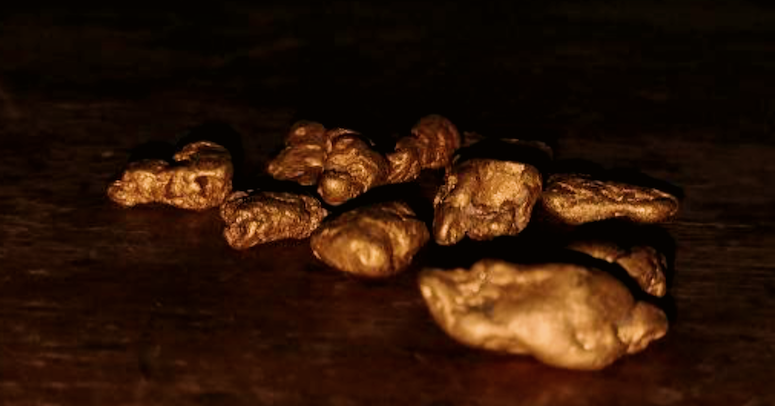 An extensive network of criss-crossing quartz veins are present throughout this area. They range in thickness from a foot to as much as 15 feet wide. Many of these veins are auriferous and were quite productive for hard rock mining.

Quartz would often run rich with pyrites and other sulfide minerals, which would create challenges for miners to extract the gold.

Of course, processing hard rock ores took considerably more time and investment than working the placers, which is why most of these mines didn’t start in earnest until the 1860s. Many rich mines were eventually established that would use large stamp mills to crush and concentrate the richest ores for further processing.

Providence Mine – one of the first mines in Nevada City. Mining was difficult until the 1870s when the chlorination process. Eventual yield was over $5 million. Disputes over claims and ownership eventually resulted in sale to the Champion mine.

Lava Cap Mine – produced $12 million in gold from 1933 to 1942 using the cyanide leaching process. It was an exceptionally rich mine. A dam breach leading to a release of arsenic-rich waters led to the eventual designation as a Superfund site in 1999.

Mountaineer Mine – this was a particularly rich silver/gold mine on Deer Creek. Mining commenced sometime around 1880 and proceeded until approximately 1916.

Total production from the from the entire district is likely several billion dollars in gold in today’s price.

The Fascinating History of Bodie, CA