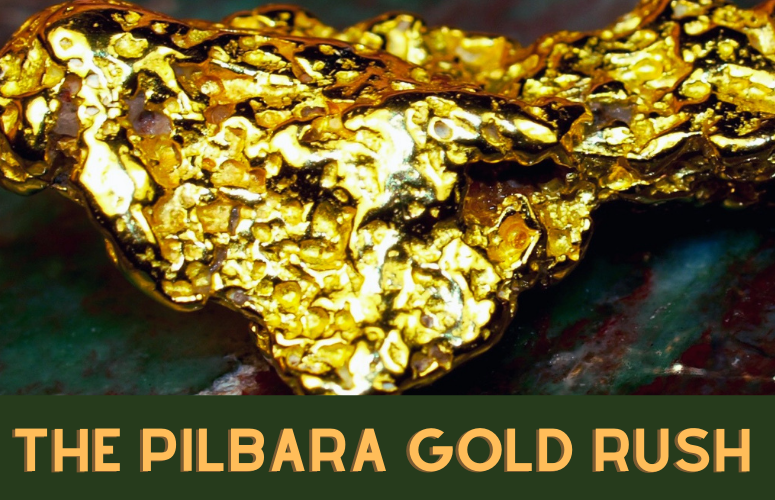 Since the 1960s, Pilbara has been known for its rich iron-ore deposits and one of the world’s largest manganese mines. In fact, most of Australia’s iron ore and more than half of the country’s natural gas are produced in this vast region.

While its iron ore deposits are legendary, recent gold discoveries in Pilbara are poised to bring new fortune to this dry, red-earth landscape in the north of Western Australia.

Although it’s not the first time gold has been found in Pilbara, previous discoveries have been erratic and most operations were relatively small in scope. The first such discovery was in 1885 but it was until 1 October 1888 when a declaration establishing the Pilbara Goldfield formally marked the beginning of alluvial gold mining in the area.

Named after a local creek of the same name, the Pilbara Goldfield covered a landmass of 34,880 square miles and was later subdivided into the Marble Bar Goldfield and the Nullagine Goldfield. Gold mining activities became inconsistent after the alluvial deposits were exhausted in the mid 1890s, after which deep-shaft mining became more common.

The geology of the area (it contains some of the world’s oldest granite rocks – three billion years in the making) has also made it difficult and expensive for mining companies to drill and explore extensively.

Despite this, staff working for energy companies and other mining operations in Pilbara would occasionally go out in the wilderness on a weekend and return with nuggets worth thousands of dollars.

History of the Pilbara Gold Rush

The first Pilbara gold rush occurred in 1888 when the government offered a £1,000 reward for the first person to find payable gold in the region. Prospectors rushed in and three men – John Withnell, Francis Gregory and N. W. Cook – hit the jackpot simultaneously and shared the reward. These discoveries and the mining operations that ensued were so significant for the area prompting the government to build a railway line between Marble Bar and Port Hedland in 1891.

In more recent times, Jonathon Campbell was flying his helicopter across Pilbara in 2016 when he noticed a prospector’s camp on the ground. He came back armed with a metal detector and to his amazement there were gold nuggets littered everywhere. Prospecting over an eight kilometer stretch, he collected nuggets worth hundreds of thousands of dollars.

To safeguard his discovery and continue prospecting, he secured a special lease over the land. However, the land had an existing lease by a company called Armarda Resources (later known as Artemis Resources). After a while Mr. Campbell sold his lease to Novo Resources (which partnered with Artemis Resources) for a tidy sum.

Further exploration was undertaken by the companies and more nuggets were found. The interesting part was that these nuggets were shaped like watermelon seeds, a characteristic common in conglomerates – areas with gold mineralization similar to the world’s largest gold reserves found in the Witwatersrand gold deposit in South Africa.

This similarity was brought to the fore by Novo Resources and the news spread like wildfire. Multiple companies which were already holding leases for huge tracts of land in Pilbara joined the gold exploration race and a single gold nugget weighing 1.3kgs was discovered on one of the landholdings. Discoveries such as this one have fueled the rush with more prospectors flocking to the area. 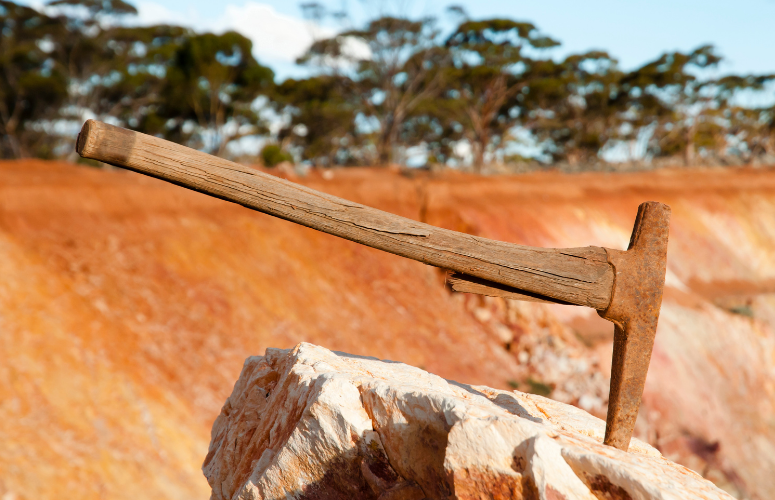 The topographic challenges within Pilbara have been mitigated by the infrastructure developed over the last 40 years when iron ore mining operations flourished. This has enabled various companies to move fast in exploring and commissioning gold mines as the gold rush gains momentum. Some of the active gold mines and prospects in Pilbara are listed below.

With consistent exploration results over the past few years, Pilbara has the sort of mineralization common in regions that have produced golden riches. The region has already had a lucrative mining boom and the rush to find gold will become the stuff of legend as prospectors swarm in to unlock riches.

With a Miner’s Right license from the Department of Mines and Petroleum in Western Australia, a good metal detector, a pick and a shovel, the future looks bright for miners to become fabulously rich as Pilbara becomes the next frontier in gold production.